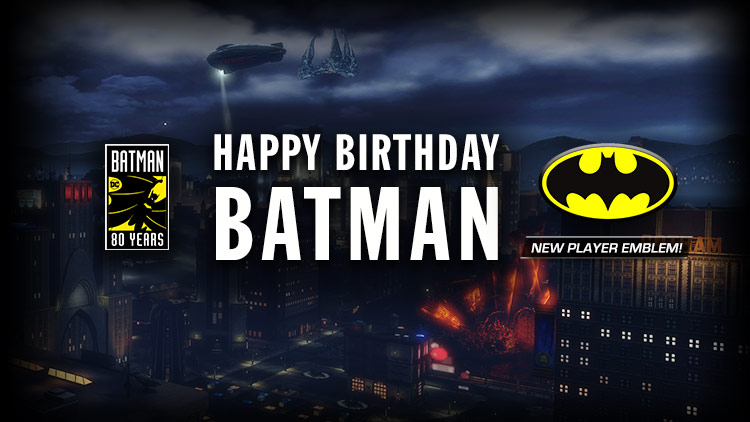 The whole world is celebrating Batman's birthday this week, and we are too. Lined up, we have a gift, a sale, and a special new reward, all to honor the Dark Knight. Read on!

DC is celebrating Batman with a special #1000 issue of Detective Comics, with a ton of variant covers. We hope you have some spare room in your bases, because your gift is these covers as base items, and they are many! Players must log in to claim the gift by April 11, 2019. 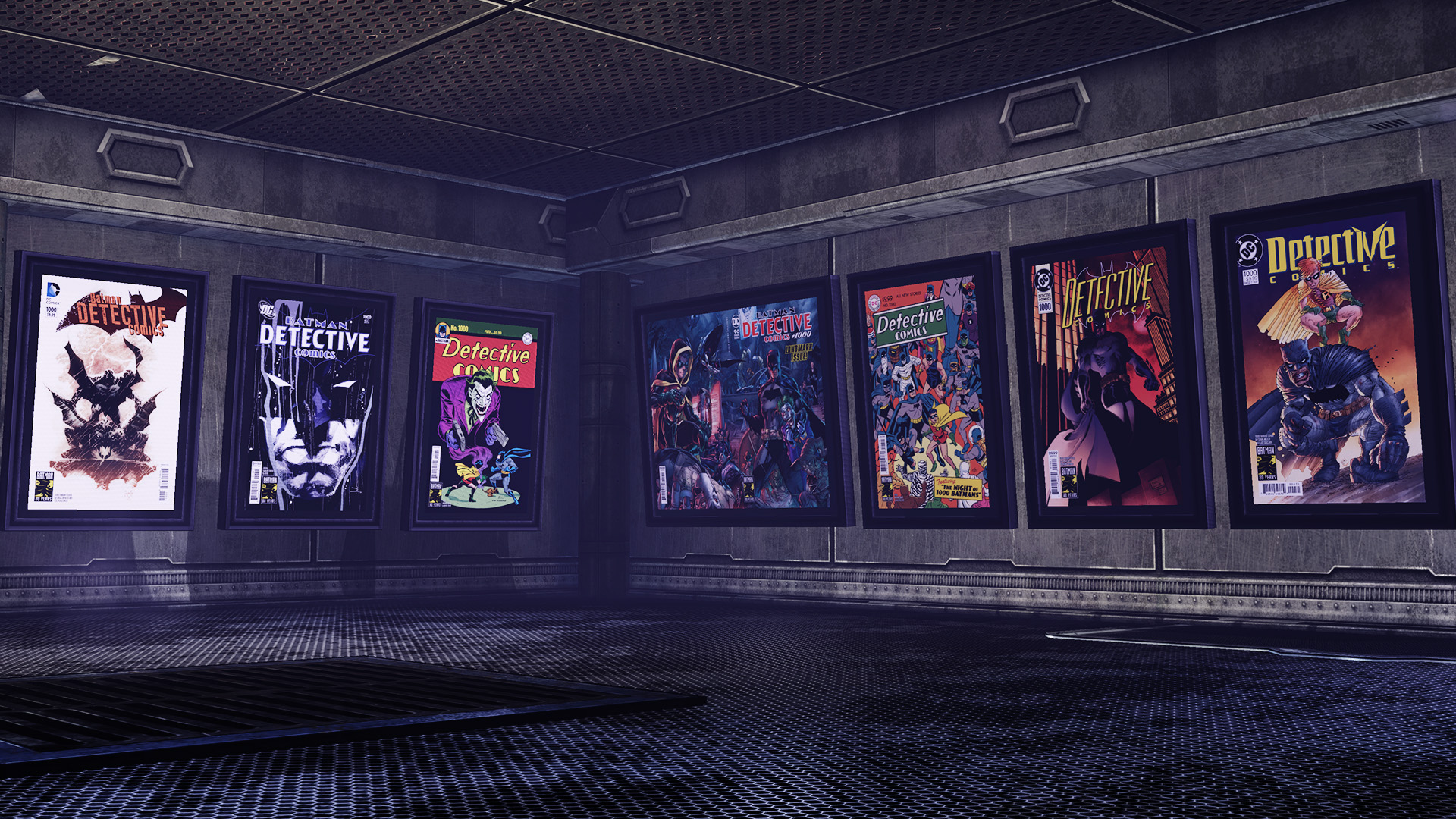 What's a celebration without a sale? Batman-related items and more are all 80%, now through April 4, 2019. The sale includes:

80 years of Batman only comes around once. The celebration continues with a very special and classic Batman emblem reward. Earn this emblem in-game or grab it from the Marketplace. The emblem will be available on the Justice League Dark reward vendor for Daemohedrons (episode currency) and will also be added to the Episode 35 vendor for its currency when that episode is released. 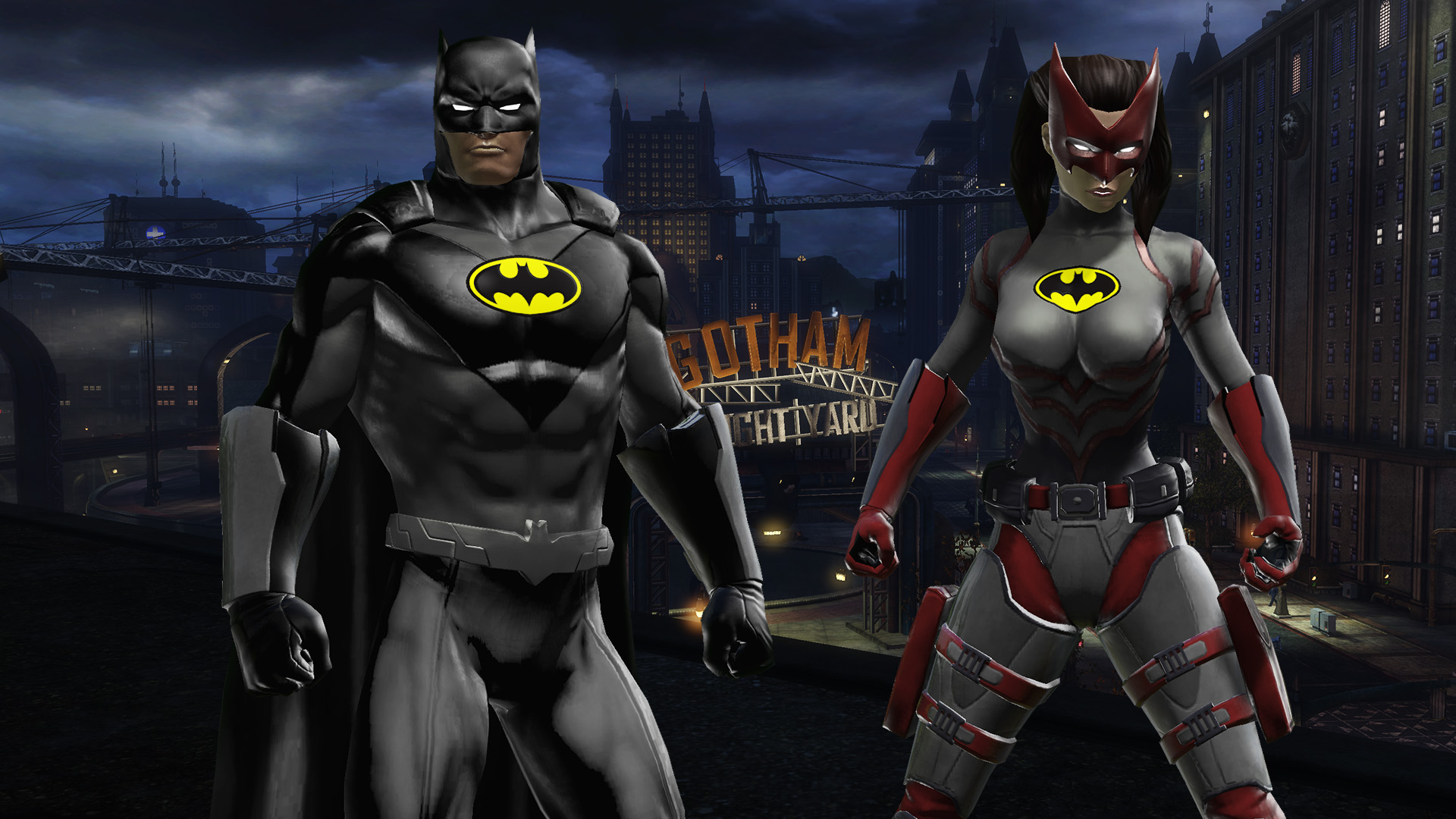 This most iconic and treasured of styles will only be available for a limited time. It will be removed from both episode vendors and from the Marketplace on September 30, 2019. Already-purchased and earned emblems will not be removed.
Batman Anniversary Sale begins at 12PM PT on March 28, 2019, and ends at 11:59PM PT on April 4, 2019. Players must log in by April 11, 2019, to claim the Detective Comics #1000 gift. The Batman 80th Anniversary Emblem is only available until September 30, 2019.
Previous Article
SHAZAM! Time Capsule
Back to List
Next Article
JUSTICE LEAGUE DARK!