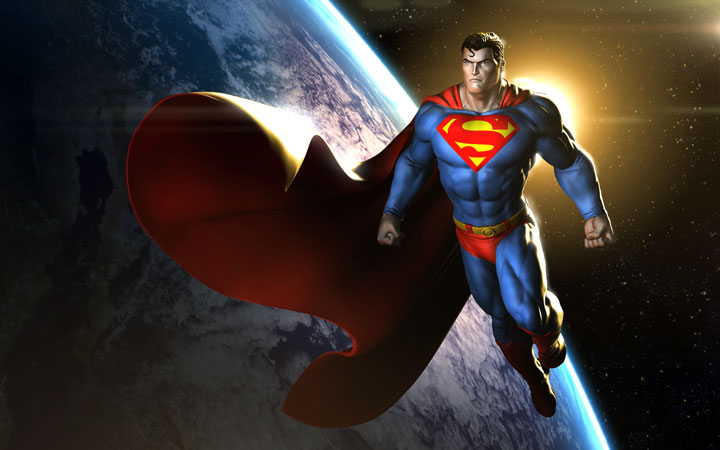 Your mentor, Superman, just helped you get off Brainiac’s ship and into your safehouse. Now that you’ve had a chance to explore the lay of the land with Oracle’s guidance, it’s time for you to head out into Metropolis and begin what you came here to do: save people. And today, you’ll be saving them from whatever Gorilla Grodd has up his sleeve…

Gorillas by the Sea

Gorilla Grodd has his cronies terrorizing tourists at the beach near the Queensland Boardwalk, just outside the Little Bohemia Police Station – your first safehouse. Follow the mini-map down to the shores. These gorillas are advanced, and they must be stopped. The Gorilla Scouts seems to have a special sort of map with them; collect as many pieces of it as you can. It may be the key to the next step of your mission. But keep in mind, not all of the Scouts carry pieces of the map, so you may need to stop quite a few of them before you have everything you’re looking for.

Grodd’s purpose is becoming clearer – he thinks he should be in charge, which is why he’s going after the humans. Lieutenant Harlin, awaiting you on the roof of a building near the now-decimated Boardwalk, informs you that it’s up to you to stop Grodd’s soldiers before they transform even more humans and induct them into their destructive army.

Boardwalk Assault – side mission
If you decided to seek out Lieutenant Harlin, you’ve got an additional mission on your plate. This will help weaken Grodd’s nefarious plot of devolution, assuming you have what it takes to destroy the fuel cells and disable the teleporters in order to disrupt Grodd’s army’s supply line.

Gorilla Warfare and Boardwalk Assault can be completed simultaneously; most of your foes and key points are all within the same area. Once they’re completed, check your journal for your next update from Superman and Oracle.

He Wants a Devolution

Mind control! That’s what Grodd is after. He’s devolving the humans into apes and then controlling their minds. It’s up to you to take out the Neural Arrays on nearby rooftops in order to render his devolution devices ineffective. You’ll need to take out some of Grodd’s technicians in order to hack the systems. Follow your mini-map, and keep an eye on the arrows. Many of the technicians, and their waiting equipment, are floating above the streets of Metropolis on platforms. In the meantime, The Flash is headed to seek out Gorilla Grodd in his hideout.

After you’ve taken out the technicians, Superman comes over your communication device – he wants you to help the citizens of Metropolis get back to normal! They’re not going to take this lightly… You will have to fight in order to re-evolve them. And you have to get to them while they’re still in the process of devolving. If they fully devolve, it will be too late! There’s a good deal of devolving humans in front of Metropolis University. Try seeking them out there.

Once you’ve saved the citizens, it’s time to prevent Grodd from changing any more of them. You have to overload the systems of the devolution devices! If you successfully overload them, some of the recently devolved citizens will return to normal. Nice work, hero!

The Hunt for Grodd

Well, The Flash has gone out of range. He’s not responding to any communications. You know what that means? It’s time for you to break into Grodd’s secret lab, find the Flash, and teach Grodd a lesson once and for all. Head east towards the Metropolis Fire Department building; the entrance to Grodd’s secret lair is just to the right of it.

Once you’re inside Grodd’s lab, your first order of business is to figure out what’s happened to the Flash. Keep a close eye on your mini-map. You don’t want to head down the wrong corridor. You’ll find a console that you must interact with in order to open up a blocked passageway. From there, you’ll officially be in the lab – and you won’t be alone. Get ready to fight Grodd’s guards! There’s also more devolution machines waiting inside; destroy them quickly and get these humans back to normal.

Head North through the tunnels to move on to your next spot in the lab. If you keep fighting off the guards and technicians, you’ll soon come to the end… where Flash is imprisoned! Use the console to break the containment, and get ready – it’s time to face Gorilla Grodd himself!

With help from The Flash, take out the devolved citizens first. Then, turn your attention and your powers to Grodd. Beware of his special attacks; he can trap you with mind control. Listen to the instructions from The Flash, and when he says run, you better RUN.

Together, you and The Flash will DEFEAT GRODD!

Unfortunately, he teleports away before you’re able to actually bring him to full justice.

But don’t worry, The Flash is after him again! Get yourself out of the lab and head back to MPD 3rd Precinct (aka, the Little Bohemia Police Station). Along the way, you’ll get a message from Superman – he’s impressed with your work, and is happy to know S.T.A.R. labs has confiscated Grodd’s technology. In fact, he’s so impressed, he may have another mission waiting for you… talk to The Flash to find out more!