YOUR MISSIONS: ON DUTY MENU 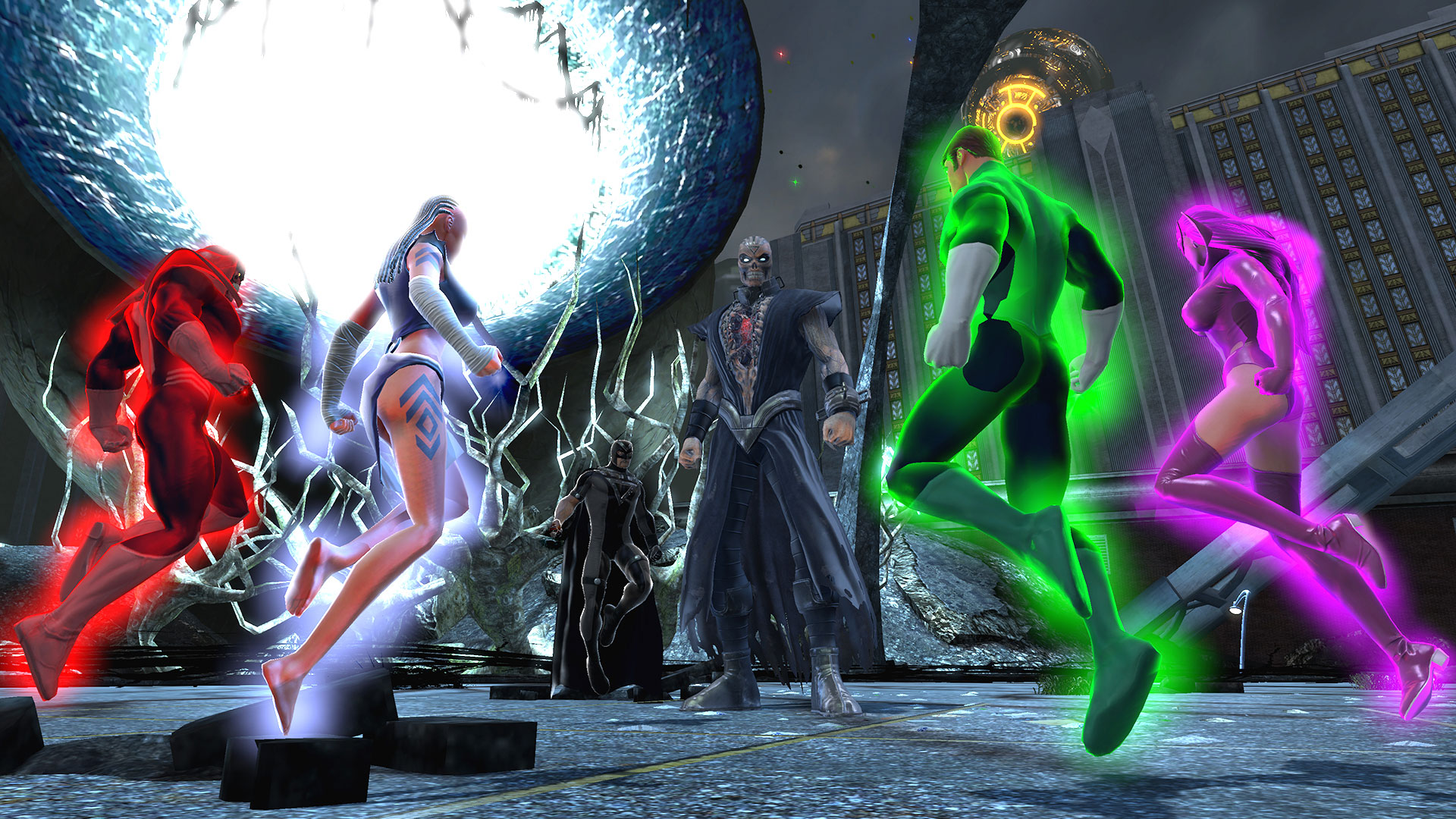 Whether you’re just starting out and learning the world of DCUO or waiting to jump into the latest episode content, you’ll need to know your way around the On Duty menu.

Minimum Combat Rating is the lowest CR you must have in order to access the content you’ve selected. Recommended Combat Rating is the ideal CR your character should have before attempting the content in order for it to be challenging, but not too hard or too easy. Relevancy Range gives the CR range that can access the content and be generally rewarded. For example, in Episode 27: Amazon Fury Part III, the 8-Player Raids have a Relevancy Range of 166-198. 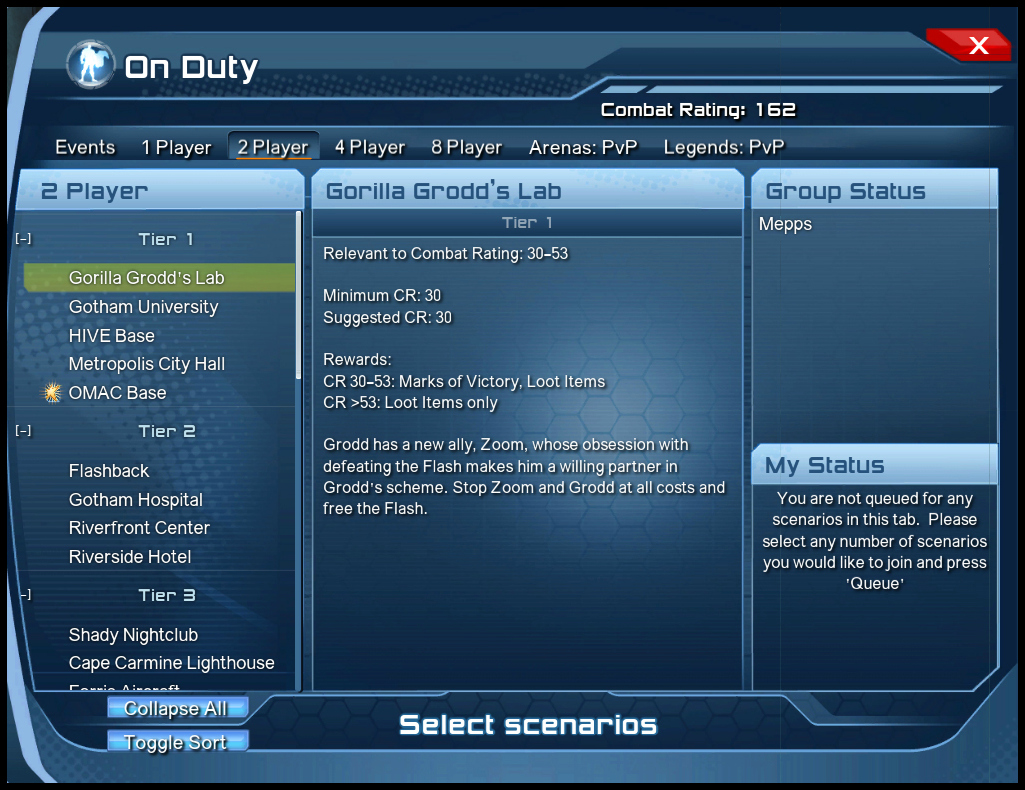 The first tab on the On Duty menu is for events. Some of these are seasonal, such as Tides of War (Summer) and The Witching Hour (Fall), but may also be a non-recurring special event. This menu will always include the event-versions of the very latest DCUO episode.

When an event is active, you can find directions to begin the event by visiting this tab.

The next set of tabs on the On Duty menu house missions that require a certain number of players. The 1 Player tab is where you will find access to The Vault, assuming you’re Level 6.

Below the Vault in 1 Player, you will find Tiers of Solos (currently, Tiers 1 – 8). If you’re able to complete the Solo, a blue box will appear next to the name, which you can select. If you’re unable to complete the scenario, a red “lock” will appear next to it. It may be locked because you do not own the Episode in which the Solo appears, or it may be locked because you are not the relevant Combat Rating (CR) for the content. You may still select the Solo to read the description, even if it is locked for you to enter and complete.

The other tabs are for Duos (2 Player), Alerts and Operations (4 Player), and Raids (8 Player). To be eligible for any 4 Player Alerts and Operations, you must be at least Level 9. For 8 Player Raids, you must be at least Level 30. The first two Tiers of Raids are divided into “Novice” and “Expert.” Tiers 3-8 are all “Expert.” As with the 1 Player Solos, if for any reason you’re unable to complete the group content, a red lock will appear. The description of the content will let you know why it is locked to you.

The On Duty menu will allow you to enter a Queue for these various scenarios. Select the Solo, Duo, Alert/Operation, or Raid you’d like to enter and click the “Queue” button.

When you try to access content via the On Duty menu, you may notice that the one you’re trying to select has a red “lock” next to it. As discussed above, this may be because you don’t own the Episode or aren’t the relevant Combat Rating (CR). If you own the episode and are within the right CR range, the content may be locked to you because you’ve already completed it recently. This is known as a “loot lockout.” There is a timer associated with each piece of content, which will display in your On Duty menu when you select the event or operation. If you want to surpass the loot lockout timer, you can purchase Replay Badges from the in-game Marketplace in order to access the content immediately.

The final two tabs will allow you to access the two different types of PvP matches available. In Arenas PvP, you can enter a specific location as your regular player character to fight in set PvP matches. In Legends PvP, you battle in a PvP match as the avatar of an iconic DC character, such as Batman or Harley Quinn. In order to play in a Legends PvP match, you must have the Exobyte Data for a Legends character. Some of these can be found in-game; others can be purchased from the Marketplace.