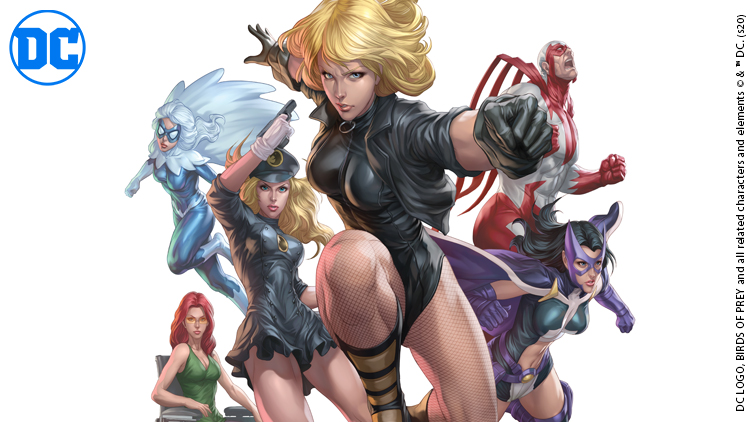 THIS SPRING, ORACLE AND FRIENDS FACE OFF AGAINST LEX LUTHOR IN BIRDS OF PREY

Just announced, DC Universe Online's next content release assembles a new team: the Birds of Prey! The new episode BIRDS OF PREY will launch this April.

In BIRDS OF PREY, Oracle faces new challenges: Lex Luthor is back and more dangerous than ever, citizens need immediate help as Luthor's plot turns Metropolis into a near lawless war-zone, and her scrappy bunch of most-trusted associates might be too busy roasting and fighting and mistrusting each other to get the job done.

With time running out and a deeper threat to investigate, will Oracle be able to mold her...vibrant...friends into the new kickass team she needs? Or will the Super-Villains have their day?

SJ'S TAKE: "I've spent the last ten years of my life preparing for this episode, so this time my snappy quote has been replaced by a heart-felt one. In my early adulthood, I managed a comics and game store, and the Birds of Prey comics series highlighted so many amazing female characters written in a way that was extremely relatable. It inspired me to become not just a fan, but a creator. I know you're going to enjoy our Birds of Prey, and I hope it makes you love these characters as much as I do." - SJ Mueller, DC Universe Online Creative Director

THINGS TO KNOW ABOUT BIRDS OF PREY:

EPISODE 37: BIRDS OF PREY will launch this April on PC, PlayStation 4, Xbox One, and Nintendo Switch.