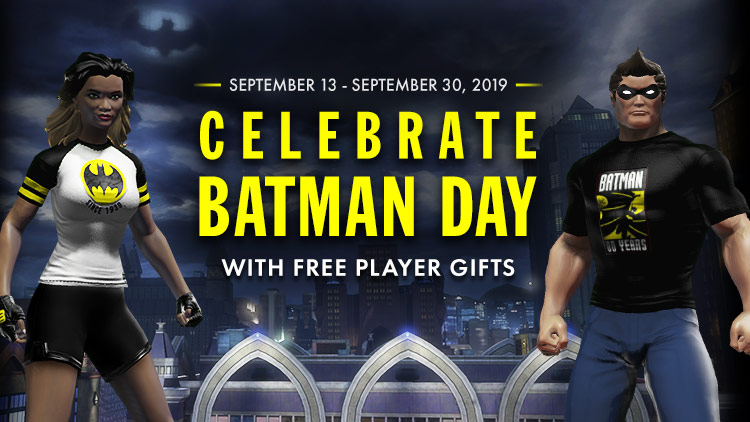 We just couldn't help ourselves. The Batman 80th anniversary celebration continues with a new gift! You (should) have already picked up your free Batman 80th t-shirt styles, but now there's more. Starting on Batman Day itself, September 21, 2019, log in to claim your very own Bat Signal Uplink Device (Orbital Strike)!

Turn your fear against your enemies by calling down Batman's legendary symbol, and with the swarm of charging bats that will follow and answer the call. It's Batman's 80th anniversary, and Gotham City just got a little bit safer. 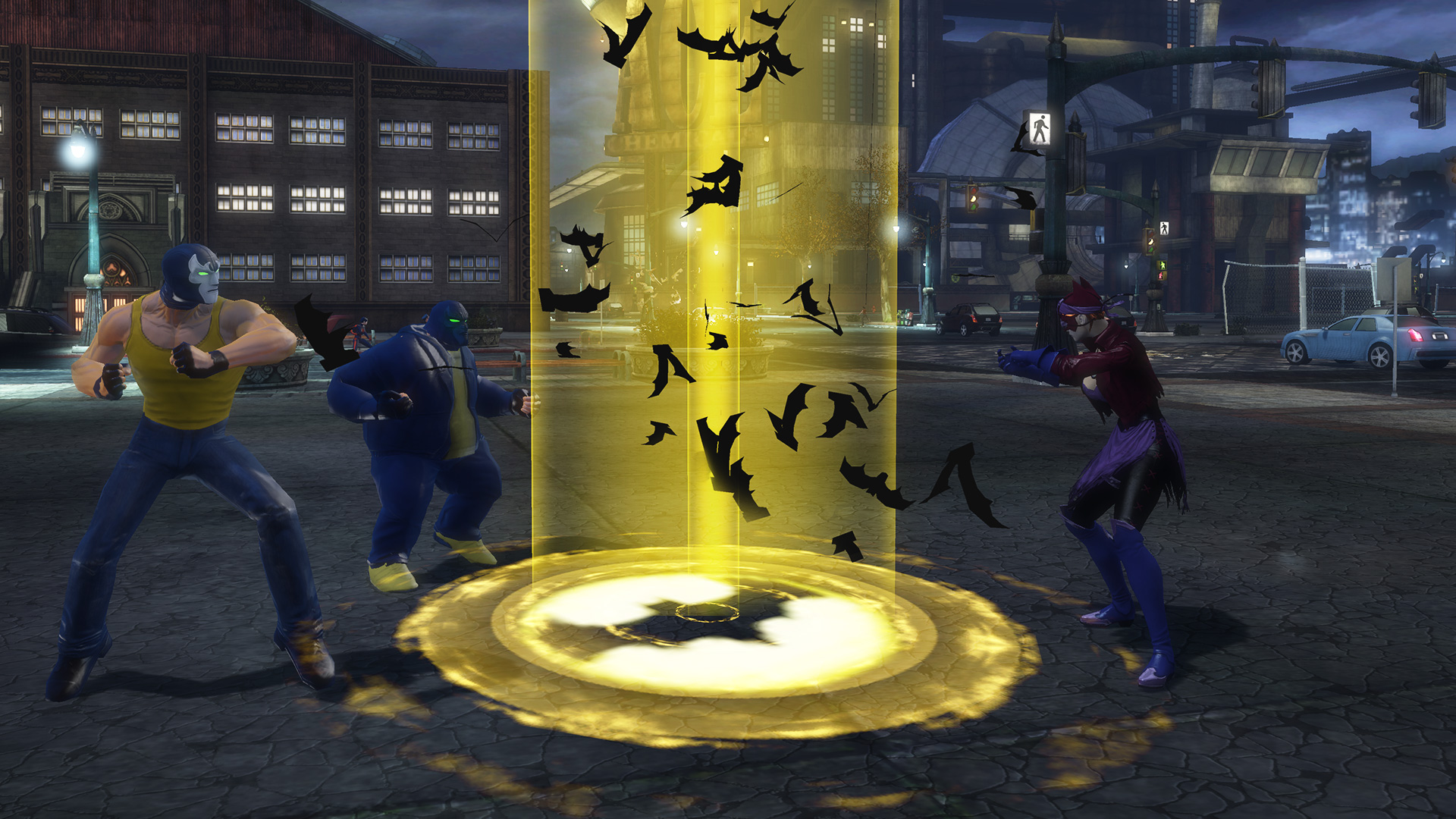 The Bat Signal Uplink Device is a free gift to all players. To claim this gift, players must log in between September 21-30, 2019. One per account.

Happy Batman Day in advance! September 21 is Batman Day this year. You, us, and everyone is celebrating the Dark Knight and his legacy this month, marking his 80th anniversary. In DCUO, log in starting September 13 to claim your very own Batman Day T-Shirt gifts. Wear them with pride!

Two new in-game t-shirts will be available, one for all players and one just for members. The Batman Day - 80 Years T-Shirt (right) can be claimed by all players. The Batman Day - Bat Signal T-Shirt (left) can be claimed only by members. Look for both in the gift menu that pops up right as you enter the game. As a special bonus, both styles can be Style Unlocked for free onto any or all of your characters from the Style Menu.

To claim these t-shirts, players must log in between September 13-30, 2019. Players that subscribe and then log in during this time period will be able to claim the member-only shirt. 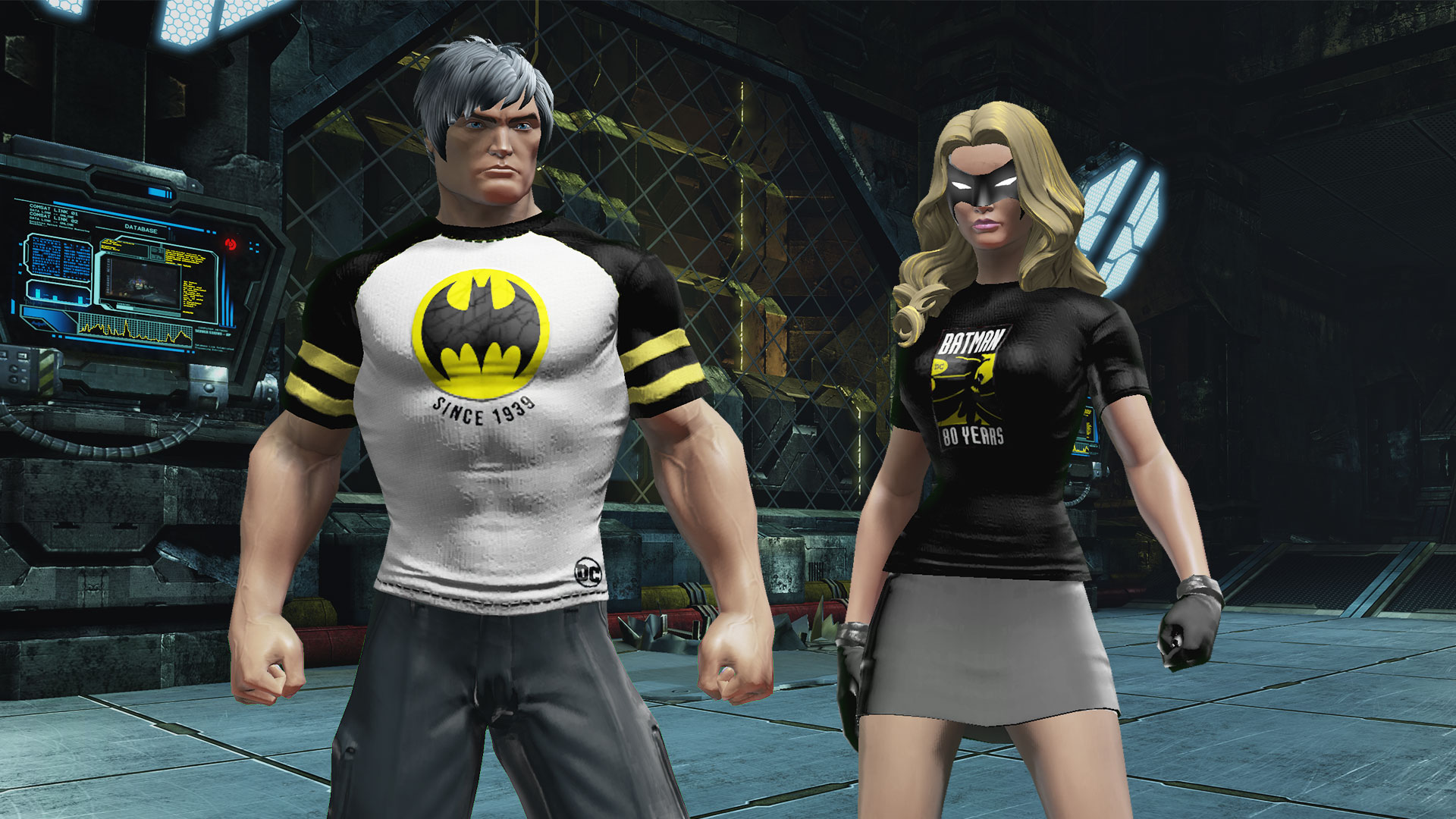