Hello DCUO! Get ready for a FIRST LOOK at DCUO's next episode, Age of Justice! You already know that today's heroes and villains - that's you - will travel back in time to 1940's World War II, where a new threat is moving to remake the future by undoing victories of the past. There, Wonder Woman, the Justice Society, and the Blackhawks are already in the fight, and they will need your help.

Age of Justice will feature new enemies and allies, new environments, new rewards, and a ton of new open-world and instanced content. DCUO's Creative Director SJ "NerdOfPrey" Mueller will walk you through the story, content, and rewards, and then Lead Producer Leah "Katnikov" Bowers will share more about a new open-world environment launching with Age of Justice that will be available to ALL players.

As a final note, just before everybody asks, yes, we do have a launch date. And yes, we can share it with you. Age of Justice will launch globally on all platforms on June 1, 2017!

Hi Folks! It’s SJ "NerdOfPrey" Mueller again, your Creative Director. I'm here to give you the details about our next big content drop, Episode 28: AGE OF JUSTICE.

Stepping back just a moment, let's all realize it’s an incredible time to be a DC Comics fan. There is so much epic stuff happening on the page, on TV, and at the theater. That’s why we wanted to bring you guys an EPIC new episode on that same level. Age of Justice will span multiple timelines and universes, connect you with some of the most classic heroes and villains of the DCU, including the Justice Society of America and the high-flying Blackhawks, and put YOU right at the heart of the story the way only DCUO can.

Whoa, so much to talk about. OK, let’s start with Open World Missions. Boy, do we have them! This time we have not just one but TWO big open world battlefields to explore. Lend a hand in the fight against time-traveling fascism! 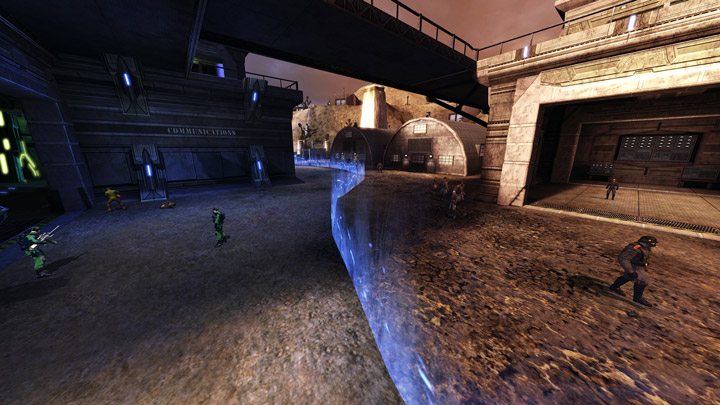 Time-Torn Area 51 (Open World Missions)
We start in Area 51 – but not the Area 51 you’d recognize. In this version, Brainiac is nowhere to be found and instead we see massive tears in time and space are dividing the base in half. It seems like the 1940s and the present day are merging into a single timeline, and this cannot be good. Get in there, assess the situation, and report back as quickly as possible. 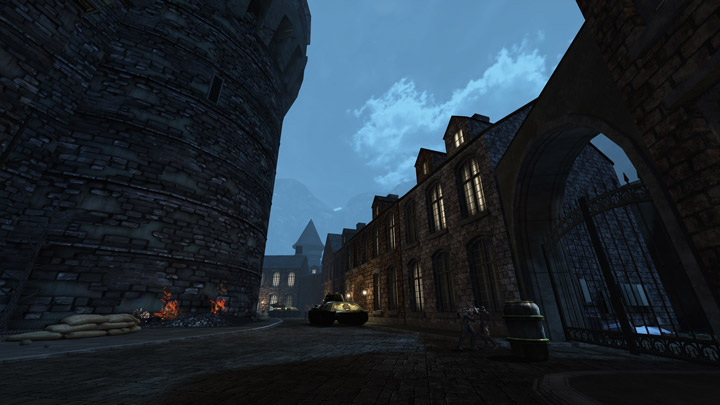 War-Torn Village (Open World Missions)
Rip Hunter has deduced that a massive and potentially highly destructive time event is happening, and he has identified its origin, a place where the timeline is most fragile and most susceptible to manipulation: Europe circa 1944.

You arrive in a European Village shortly after D-Day, but not the D-Day we remember. It is here that Baron Von Savage, leader of the Axis powers, has taken the entire town and is using it as a launchpad to take over the world. 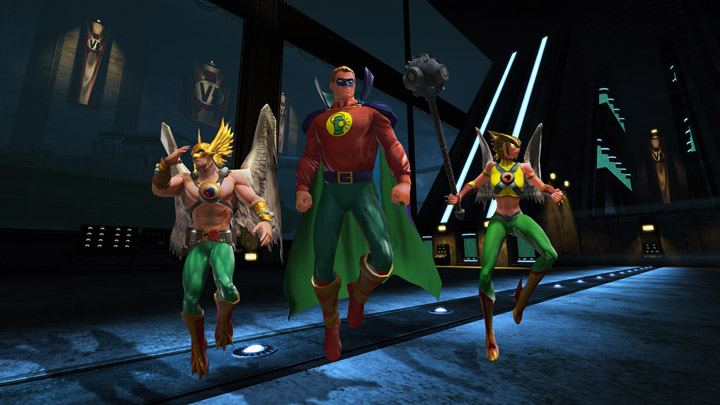 Saving Justice (4-player Alert)
Rip Hunter immediately attempts to contact the Justice Society, only to learn that many have already been taken captive by the evil Baron! Now it's up to you. Rip Hunter sends you and a special operative inside Baron Von Savage’s Stronghold on a secret mission to rescue key members of the Justice Society: Alan Scott, Hawkman, Hawkgirl, and Wildcat.

But you won’t face this challenge alone. I think you’ll find your partners to be a...wonderful...surprise. Less wonderful: Von Savage isn't working alone. You're now also up against Per Degaton, the time-traveling enemy of the JSA!

Ultimate Soldier (8-player Raid & Elite Raid)
Unsurprisingly, it didn’t take much convincing to get Doctor Sivana, the infamous evil scientist and sworn enemy of the Justice Society, to join with Per Degaton and Baron Von Savage in their attempt to rewrite history. He’s already taking fallen soldiers from the battlefield and fusing them with technology from other timelines in an attempt to construct an abomination of pure evil: the Ultimate Soldier!

War Crimes (4-player Operation)
We now know that Per Degaton’s crew relentlessly steals technology from other universes and timelines. Follow a lead to the Sentinels of Magic citadel, but be careful. Something seems fishy about this particular jaunt to the future. 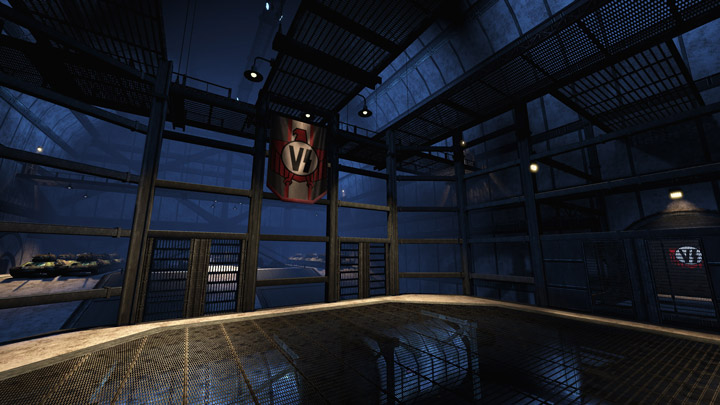 Justice For All (8-player Raid & Elite Raid)
At last, the pieces of the puzzle start to fall into place. Gather your team and join the JSA, the Blackhawks, Rip Hunter, and the rest to confront the Baron and Per Degaton in their seat of power. Give those fascists the ole one-two! 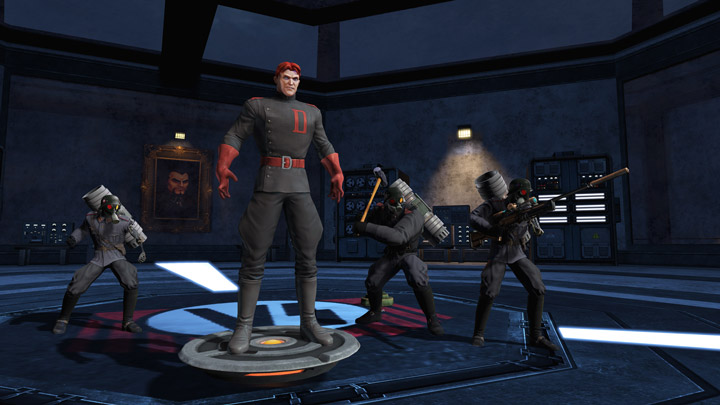 Because I’m not patient enough to save the best for last, let’s talk about the new gear set inspired by the Blackhawks! You’ll feel right at home in 1944, fighting alongside those flyboys and girls with this incredibly cool throwback gear set. The elite version gets even cooler with splatters of Time-Torn energy – we’re talking tears in reality, even in your gear! 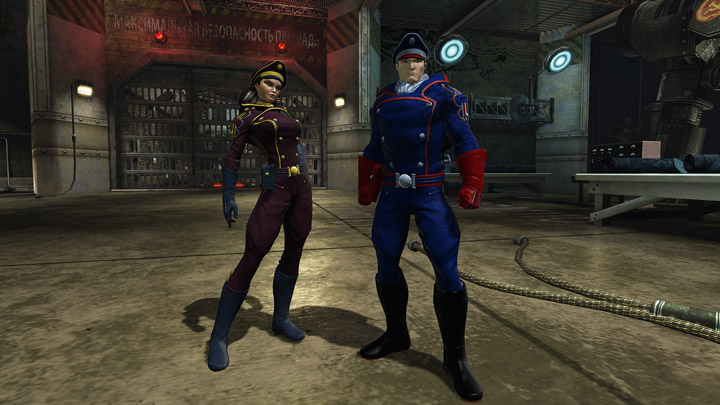 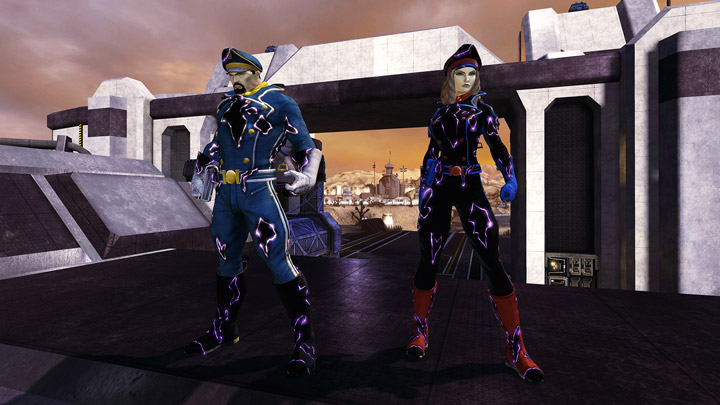 Extra styles in the Episode include items torn from the creepy Savage Soldiers, including some very...different...collection and Omnipotence items. We even have a collection reward that can spawn a special enemy in the elite raid if someone in your group is sporting that style!

For you avid collectors, you’ll be able to deck out your lair in some really cool war-themed base items inspired by the brand new World War II era maps. And of course, there are loads of feats and titles to further customize your character!

This episode's best gear (item level 175) remains obtainable on a vendor for a new currency - War Bonds - along with additional style items, collection items, base items, and more. The episode's dropped gear will automatically attune to your average item level for upgrades as you go (up to a maximum item level of 173). Elite gear will again require faction gained in the elite raids, and Omnipotence items will come from collections.

I can't wait for everyone to play this new end-game adventure, but we also have a little something special planned for everyone. Leah, take it away!

Thanks SJ! Age of Justice will launch on June 1 with a special, limited-time preview of the War-Torn Village for all players, regardless of Combat Rating or access level. That means ANYONE can zone in and EVERYONE will be stat clamped up to the appropriate Combat Rating to participate.

If you do not have access to the episode with membership or with a direct purchase, or if your character is not higher than the minimum Combat Rating of 186, your rewards in the preview are limited. You will still be able to earn War Bonds (the episode's vendor currency), but the vendor and drops will only offer you some collection items, some base items, and a generic set of Paramilitary Gear (using an existing style) that will automatically attune to you up to a maximum item level of 164.

Let me say it again: while not the full episode's suite of rewards, all players - even those who without access to the full episode or without the minimum Combat Rating - will have new content and new rewards with Age of Justice.

Please note, this preview will only be available for about one month, so make sure you don't miss it. We are all very excited to be able to share this incredible new environment and open world gameplay with everyone, and I can't wait to hear your reactions once we launch!

Final note on the way out: tune in tomorrow, Friday, May 19, 2017, for a livestream preview of Age of Justice. We'll take a closer look at the new styles, characters, and environments, and then play some of the content live. The stream will start at 3PM PT and last about one hour. Find us over on Twitch.