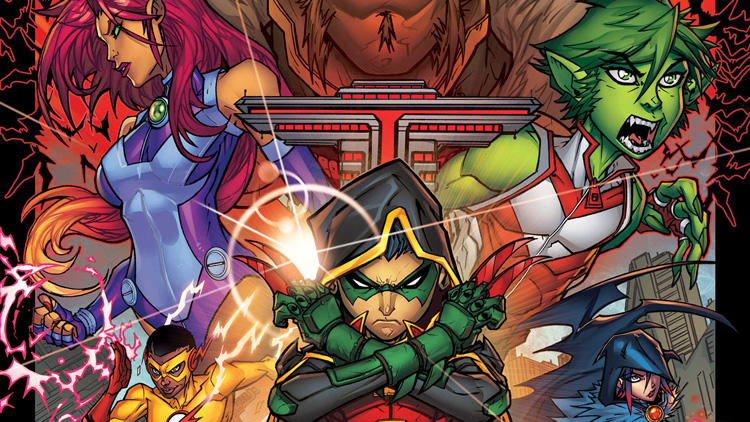 It’s SJ “NerdOfPrey” Mueller, Creative Director of DCUO, excited to give you all the details for the Teen Titans: Judas Contract episode!

I don’t know if you heard the news, but the Titans are recruiting! They’re looking for a few good heroes to join their ranks. Why now, you ask? Because Cyborg has been tapped to join the main roster of the Justice League! He thinks you may have what it takes to join the Titans – but you’ll have to go to Titans Tower and prove it.

The Judas Contract is the definitive Teen Titans storyline and I’ve never been more excited to bring a story to life in DCUO than I am now. The Judas Contract is one of the very first comics I ever read as a kid. Actually getting to play as a part of it? A dream come true.

So what makes this story so dang special anyway? It was a ground-breaking tale in a time when Marv Wolfman and George Perez were pushing boundaries about what it means to be a superhero and what it means to be a teenager. Fast forward to the present, and the Teen Titans have an enormous following of young fans. As you can see, being a teen hero is complicated. In this Episode, we’ve taken the best of both the new team and the classic stories, and created the quintessential Teen Titans tale.

The art team went all out and added a bunch of new characters and refreshed a few old faces too. I’m beyond thrilled to finally bring Damian Wayne into the DCUO story, along with Terra, Jericho, Adeline Wilson, and H.I.V.E. Master. We didn’t stop there either. Starfire and Cyborg have been updated and are looking amazing, and Tim Drake has graduated from Robin to Red Robin! How cool is that?

Titans Island? Check! Titans Tower? Check! Titans Breakroom with video games and pizza boxes? CHECK! There’s a new Underground H.I.V.E. base too! You’re going to be going to so many cool, iconic Titans locations it’s ridiculous. And if you’ve read the Judas Contract or seen the movie, you may recognize the impressive, massively cool H.I.V.E. Machine that you have to take on in the final fight.

As you can see, Red Robin and Cyborg look so amazing, we had to make gear suits of their costumes! This is some of the coolest tech-based gear we’ve ever made. The Elite Cyborg-inspired suit is jaw-droppingly epic. And since it’s an Episode, the rewards come with a new max Combat Rating. And I haven’t even mentioned the new Augments inspired by Cyborg and the Titans! These are specific to this Episode and will help you get stronger in the content.

And as always, feats, collections, base items, and more!

If you missed us earlier, watch the livestream replay to see a little taste of the new Episode first hand.