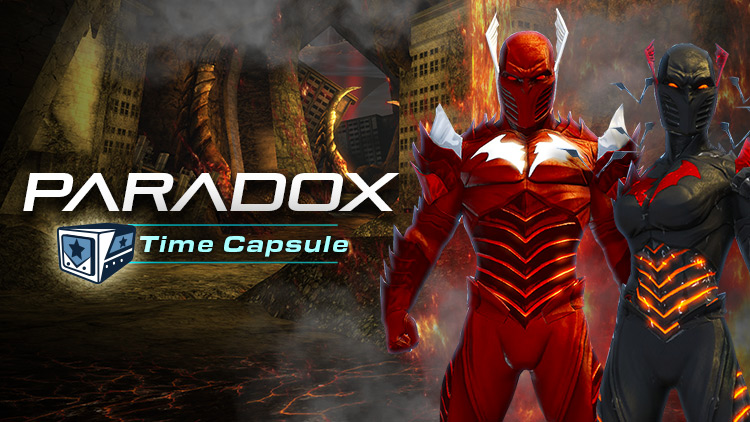 As every DCUO hero and villain will know, time and timelines can get all sorts of messed up when people and objects start travelling back and forth between them. Sometimes, though, everything just works out better than anyone could have expected. That's the case with the new Paradox Time Capsule, dropping in-game after restarts on January 10, 2018. This and all Time Capsules can be unlocked with Stabilizers. Stabilizers are earned in-game or purchased in the Marketplace.

The Paradox Time Capsule features world-bending styles and rewards from across the DC Universe. Each Paradox Time Capsule contains one sub-capsule (more on that below) and random items from a general list of rewards, including Quarks (Rewards from Time & Space vendor currency), Soder Cola Ultimates, R&D Exobytes, complex materials, collections, and the ultra-rare Kryptonite Aura you may recognize from Earth 3. 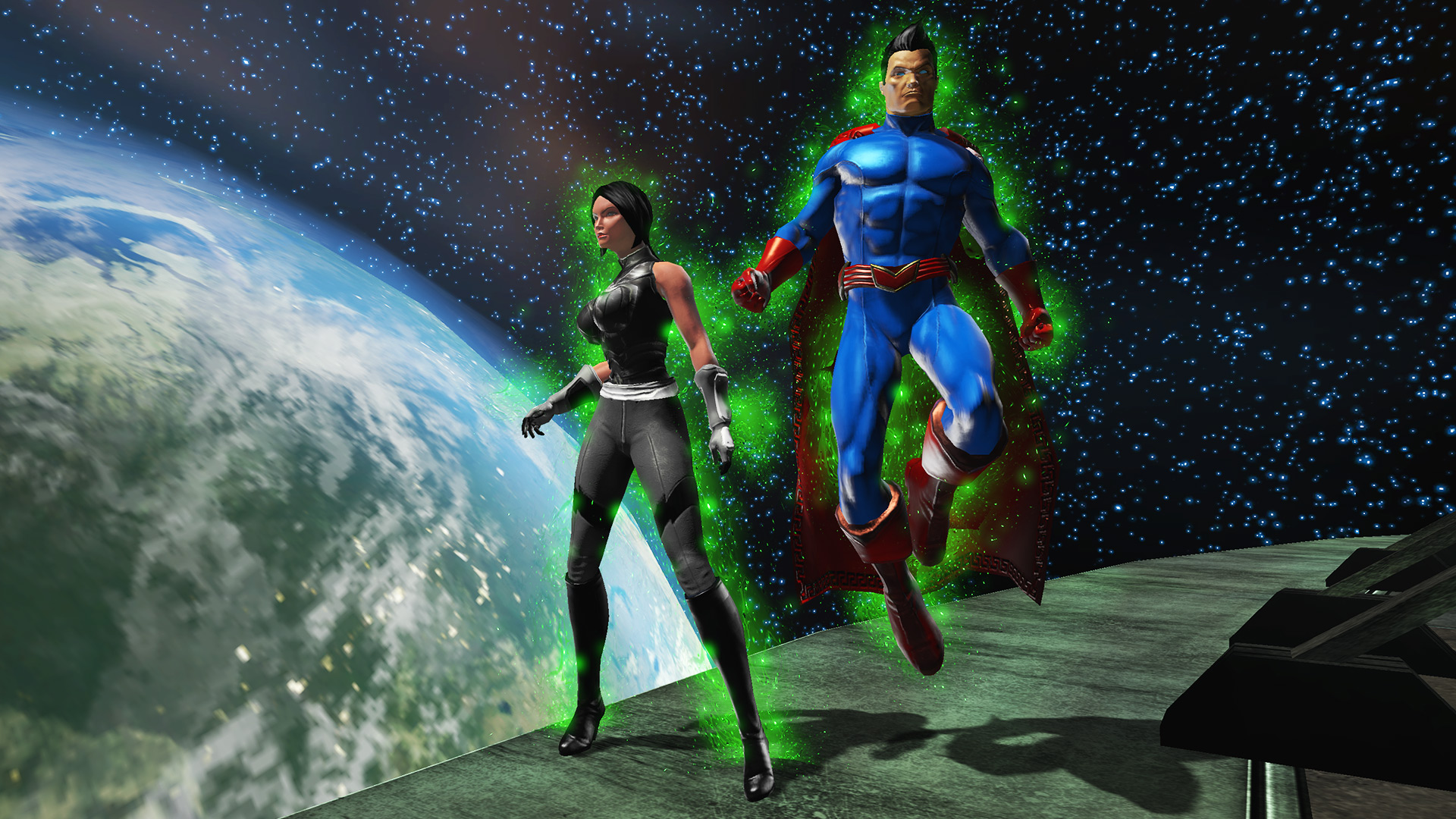 Keep reading for more information on all the new sub-capsule rewards! 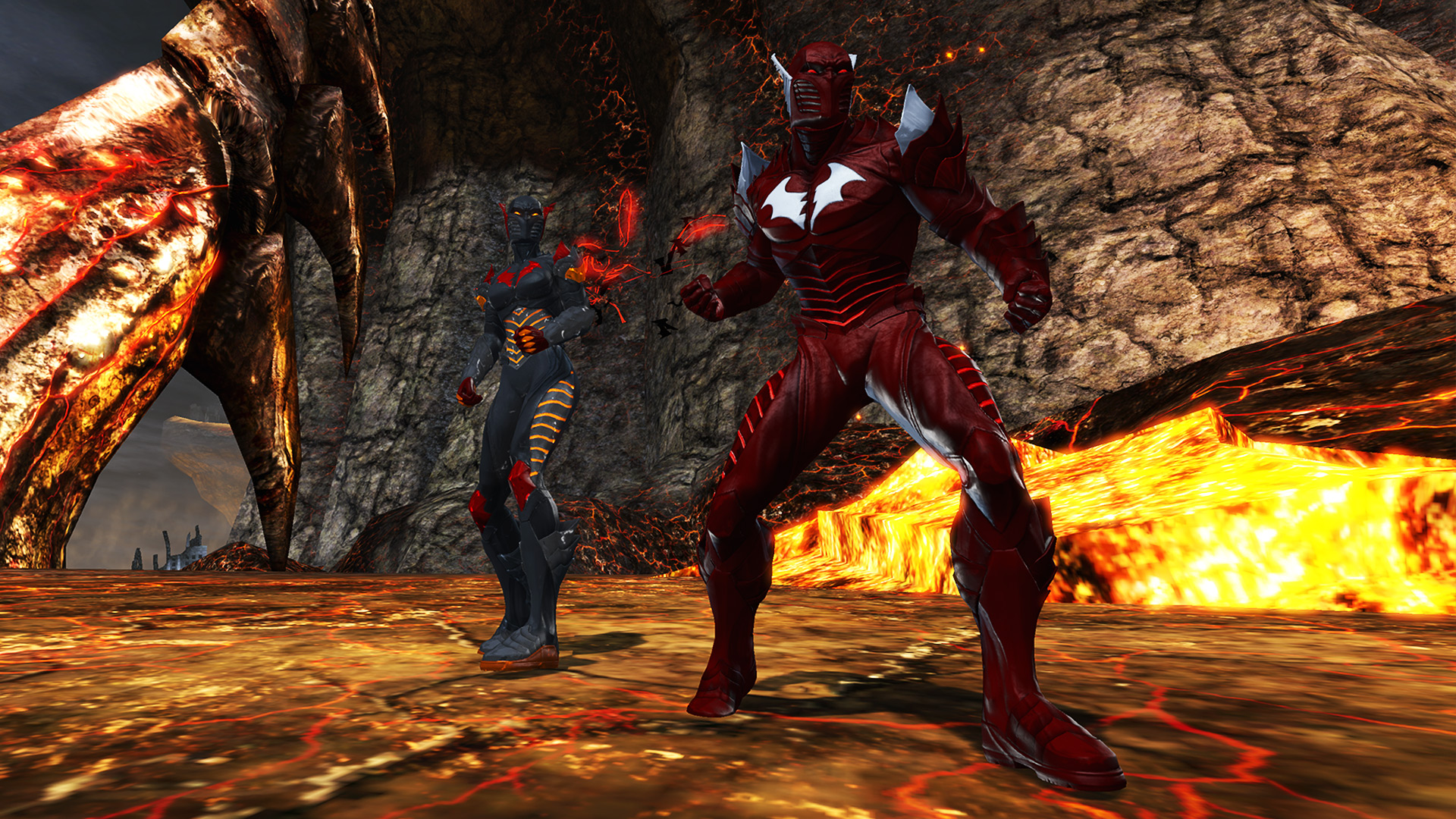 Inspired by the Red Death, one of the evil versions of Batman in the Dark Knights, from the Dark Multiverse, the Speed-Metal gear set is terrifying to behold.

You will note that, yes, the Red Death is a Speedster, created when one of the multiverse's more extreme versions of Batman and the Flash cosmically merged when entering the Speed Force. Spoiler Alert: that led to an incredibly twisted super villain, and also one of the most dramatic Batman and Flash costumes ever.

Take a careful look at the back style, especially if you are a Speedster yourself, and the Bat-tainted Speed Force energy whipping out behind you as you run.

Each gear piece has a chance to drop in each Speed-Metal Gear sub-capsule and, when consumed, will become level-appropriate to your character. If you want to trade them, make sure you do so BEFORE you attune them! Of course, every Speed-Metal style can be upgraded into an Enhanced version using recipes, for even more dark, red, metally energy. Enhanced styles are created using R&D recipes and the motes found in this Time Capsule. 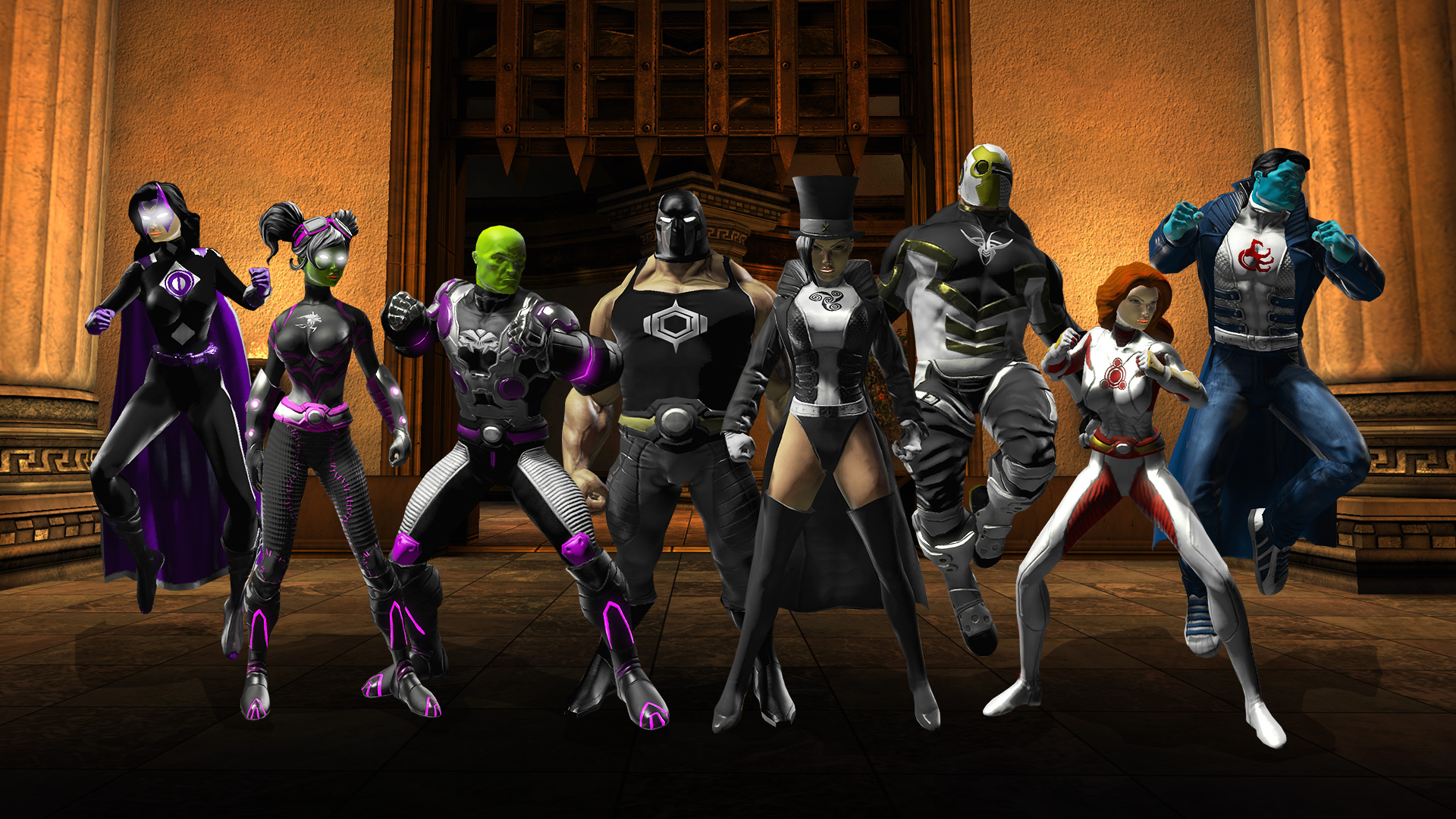 The story of DCUO began with Lex Luthor, from a ruined future, returning to unleash Exobytes, thus creating all of the new super heroes and villains who would be strong enough to face and defeat Brainiac. Those heroes and villains would then choose to align themselves into loose factions surrounding those interested in Tech, Magic, or Meta abilities.

In the Paradox Emblem Capsule, enjoy an array of emblems inspired by these choices and more. Collect them all for special feats, and remember each emblem can also be upgraded using motes into enhanced, emissive versions. 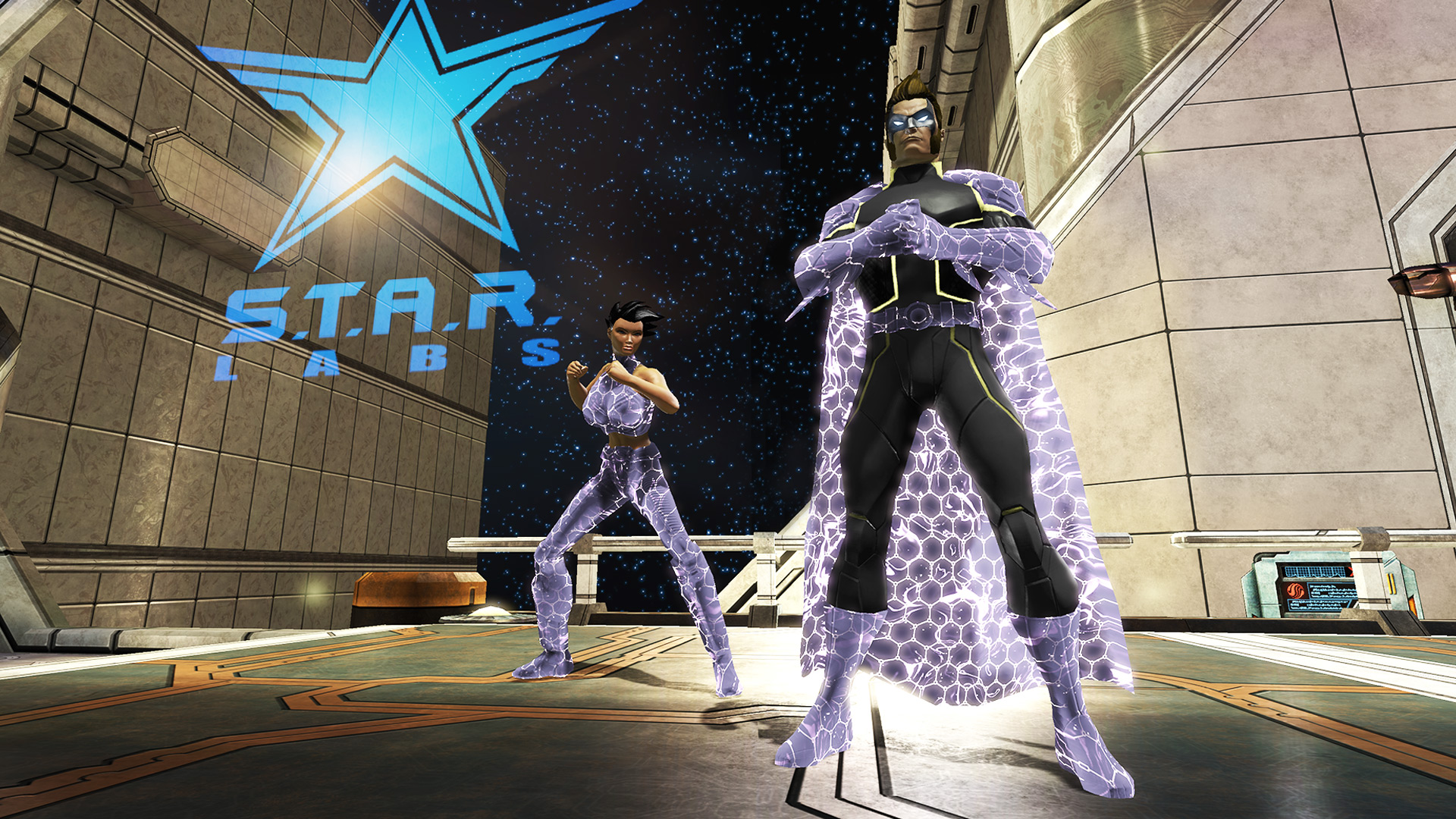 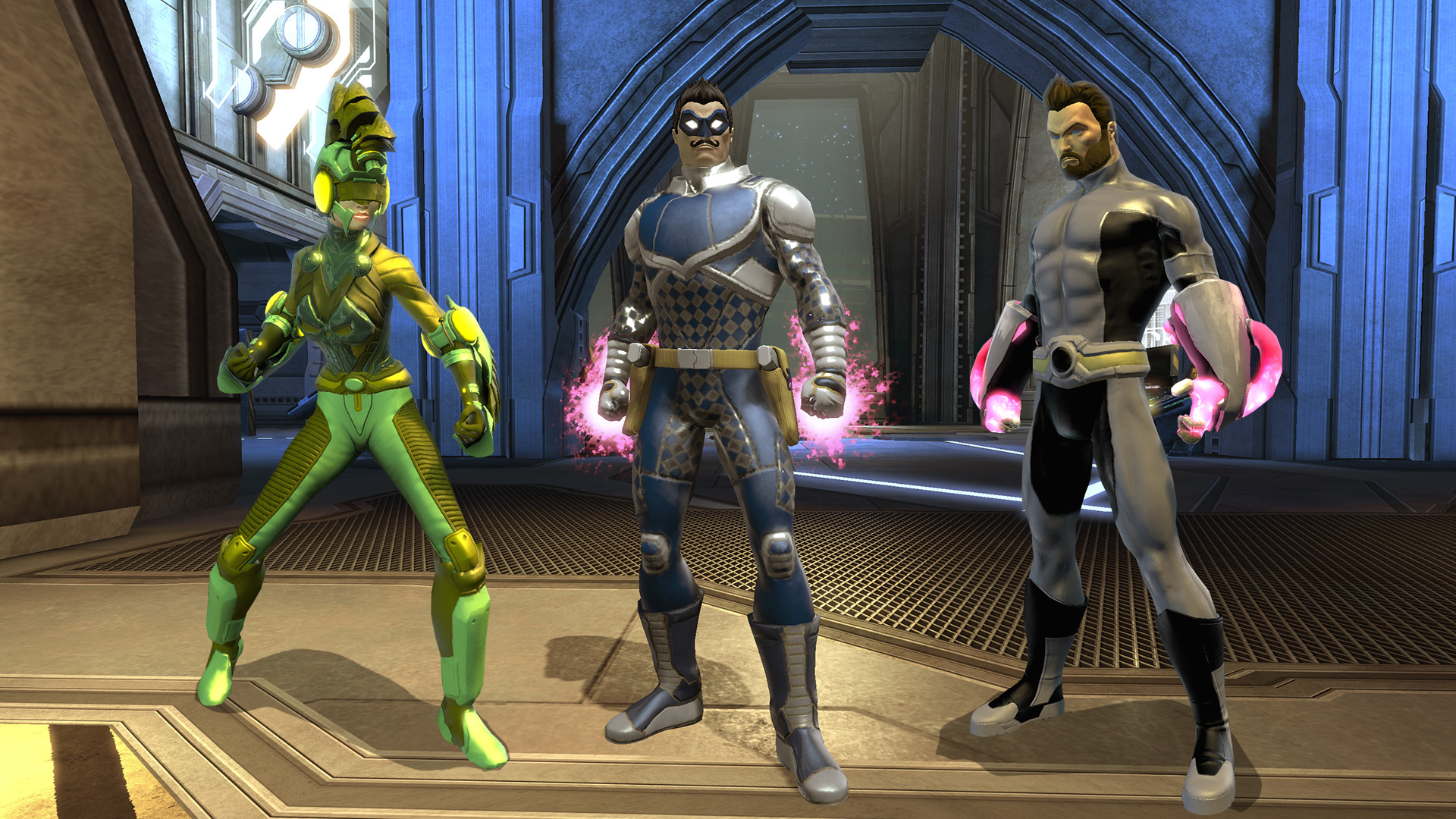 In the Paradox Collector's Capsule, we have reached even farther back into the altered timelines of DC Universe Online's past...and maybe even the future. These collections work towards the new Forcefield Material, inspired by Brainiac and the buildings bottled during his assault on Gotham City and Metropolis, and towards the Anti-Matter Cache and the Exoskeleton Cache.

The Paradox Time Capsule is available and dropping in-game starting January 10, 2018. Log in and unlock yours!

Thoughts? Comments? Questions? Join the discussion on the official forums.

Previous Article
The Anti-Monitor Returns!
Back to List
Next Article
Bonus Marks of Victory Month! January 11-31, 2018