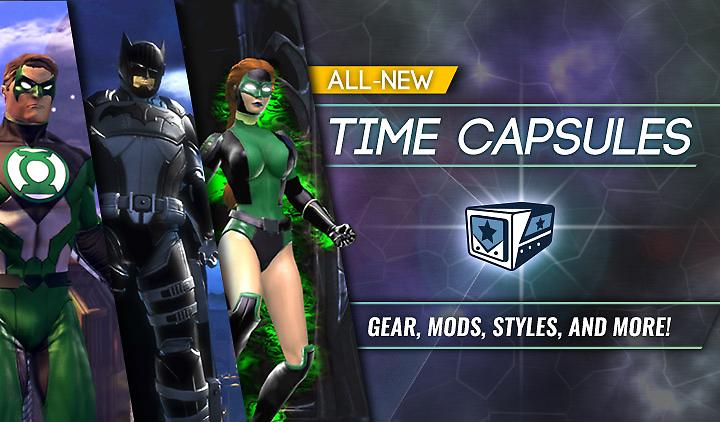 Game Update 63 and Time Capsules are now available! Booster Gold has been traveling to different times and places in the Multiverse, and he’s been busy filling up Time Capsules. These capsules are full of items that Booster Gold thinks you’ll find useful in the here and now, including gear, mods, styles, auras, and more! And most of these items are tradable as well.

For more details about Time Capsules, visit this guide. 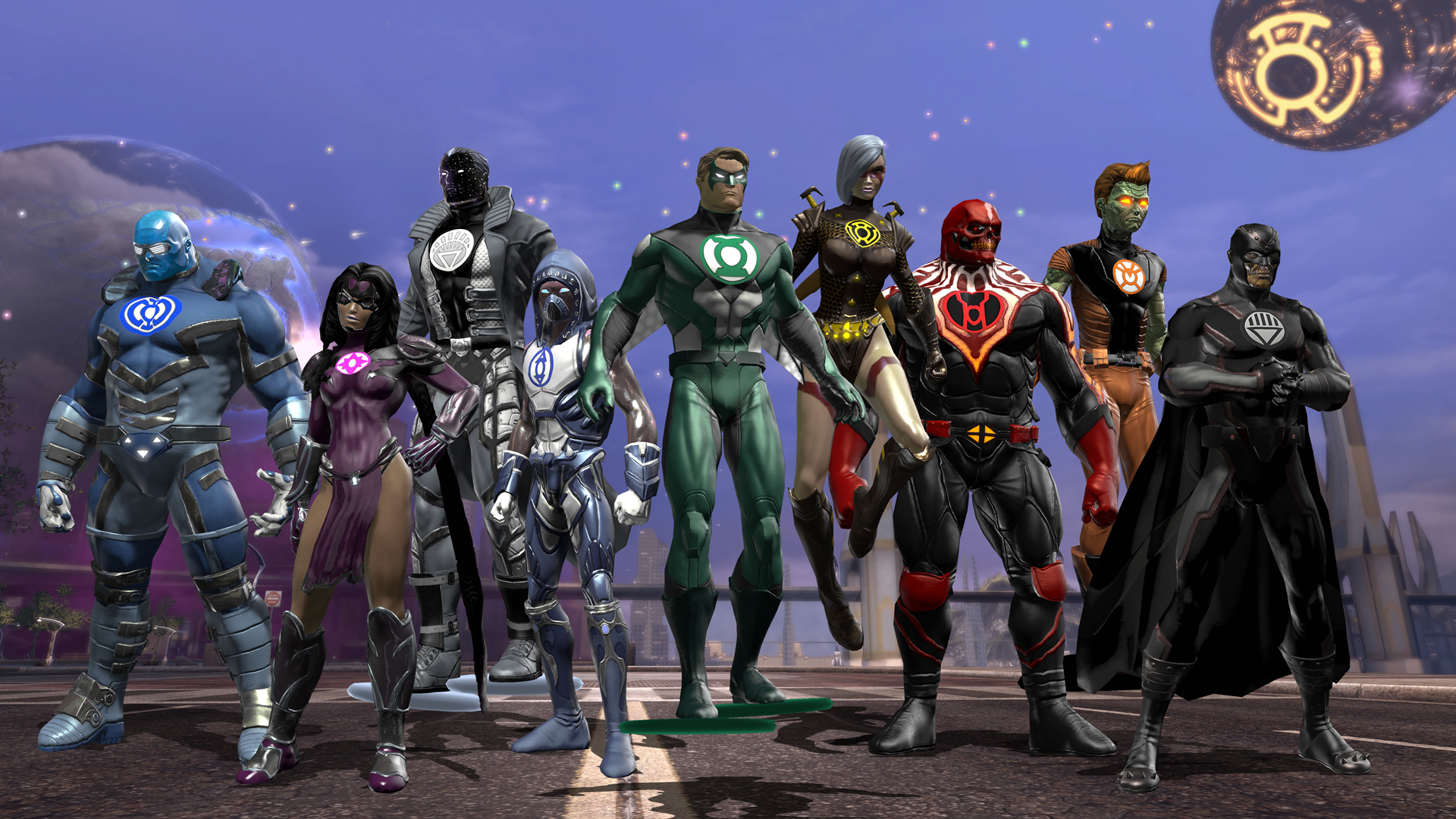 These Time Capsules aren’t all that’s coming with Game Update 63! Here’s a full rundown of what is included:

Booster Gold filled some Time Capsules full of useful items from different times and places within the Multiverse and brought them here! In order to open a capsule full of goods players must have a Stabilizer. Capsules are given liberally in game, but Stabilizers are sold on the marketplace or earned in game.

Skip to Level 25 is a marketplace option that allows the player to either create a brand new character and advance that character in level up to 25, or to take an existing character under level 25 and advance it to 25. All lower level missions are removed from the player's Journal, and they are set on the main story line for their level. They will also be granted any seasonal event missions that are applicable at the time of purchase, among other applicable items.

Skip Tutorial is a free option that allows the player to either create a brand new character and advance that character out of the tutorial to level 4, or take an existing character (under level 4) and advance it to level 4. Upon skipping the tutorial, players will be level 4 and placed in the appropriate safehouse for their origin/faction, they will have the Rule the World mission for Villains or the Save the World mission for Heroes active in their Journal. They will have all applicable styles, power and skill points, and emails available as if they had completed the tutorial normally.

Several quality of life changes have been made to some of the earliest content in the game. Check the full update notes for details.

Questions? Comments? Join the discussion on the official forums!