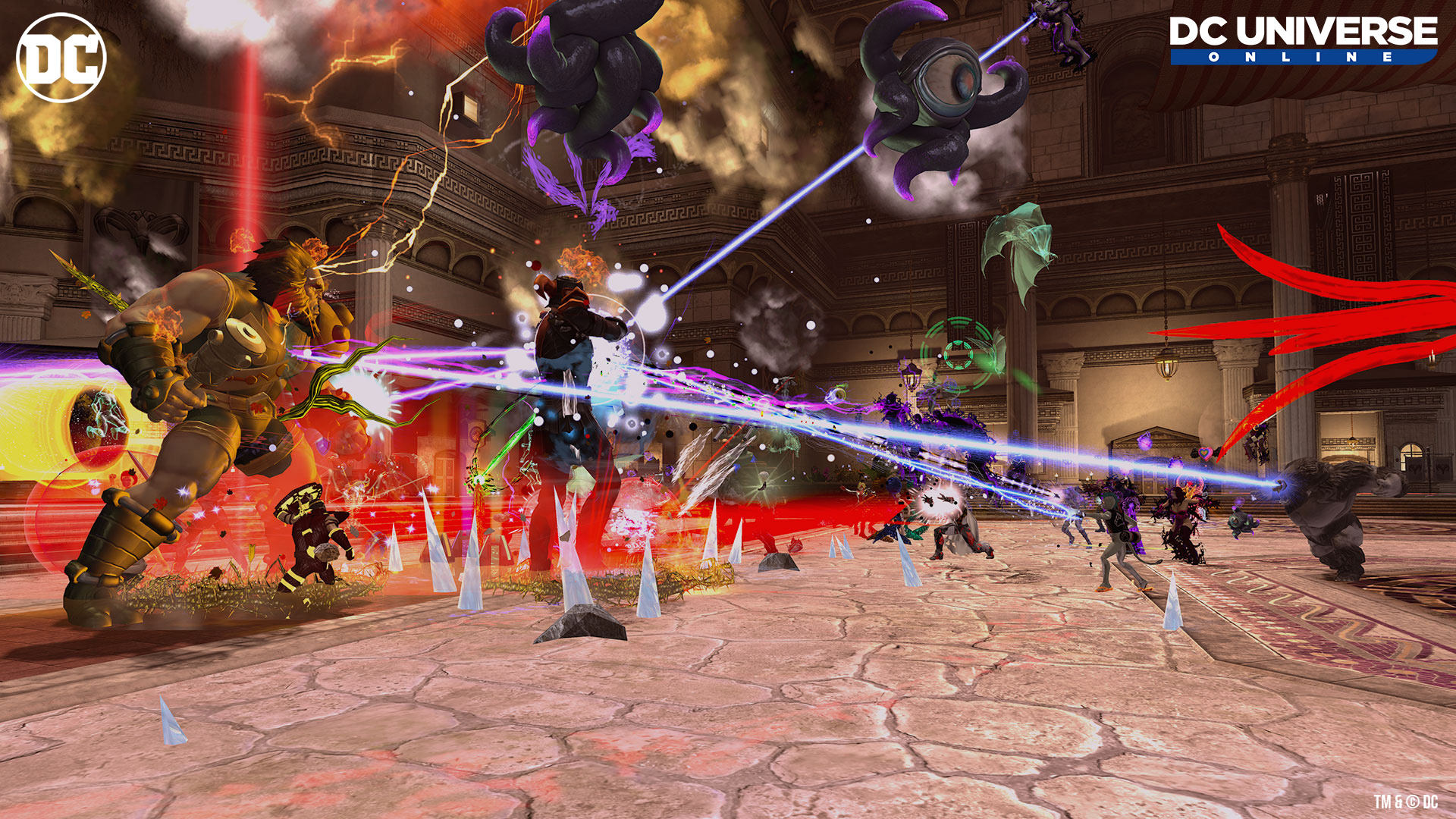 With the Source Wall cracked, multiple universes are merging into our own. Along with the new threats also come new allies: the Council of Wonder Women! Take up arms with Nubia, Flashpoint Wonder Woman, Red Son Wonder Woman, and more, face the Olympian Gods and the New Gods, and restore order before it is too late.

Wonderverse features new daily and weekly Open World missions, raid-like world bosses, a brand-new Solo and Alert, as well as Normal and Elite versions of a new Raid! To play this content mode your character must be level 30 and have a minimum Combat Rating of 299.

For a limited time, special “Event” versions of all content for Wonderverse will be available to all players, level 10+ as well! Look for these Event versions in the Events tab of your On Duty menu.

A crack in the Source Wall merged together Themysciras of different Earths. As the wall crumbles further, fragments of the Source Wall rain down on the island, attracting multiple factions of invaders seeking to raid this new resource. Help all the Wonder Women repel the raiders and then take the fight to their leaders!

Invading factions have noticed that fragments of that Source Wall are being attracted to places of power around Themyscira. Queue for or walk into 4 different Temples to help the different Wonder Women deny at least one invading faction per day.

Instead of turning over her share of Source Wall fragments to the rest of the Council of Wonder Women, Queen Diana has suspiciously sealed herself inside the Crypt of Penthesilea. Meet with Nubia to see if together you can convince Queen Diana to see reason.

We’ve learned from Poseidon that the Sphere of the Gods is crumbling and the Gods themselves have been collecting Source Wall fragments to try and shore up their own power. The Council of Wonder Women know those fragments are necessary to repair the multiverse. Enter the God Sphere and reclaim the fragments for the greater good.