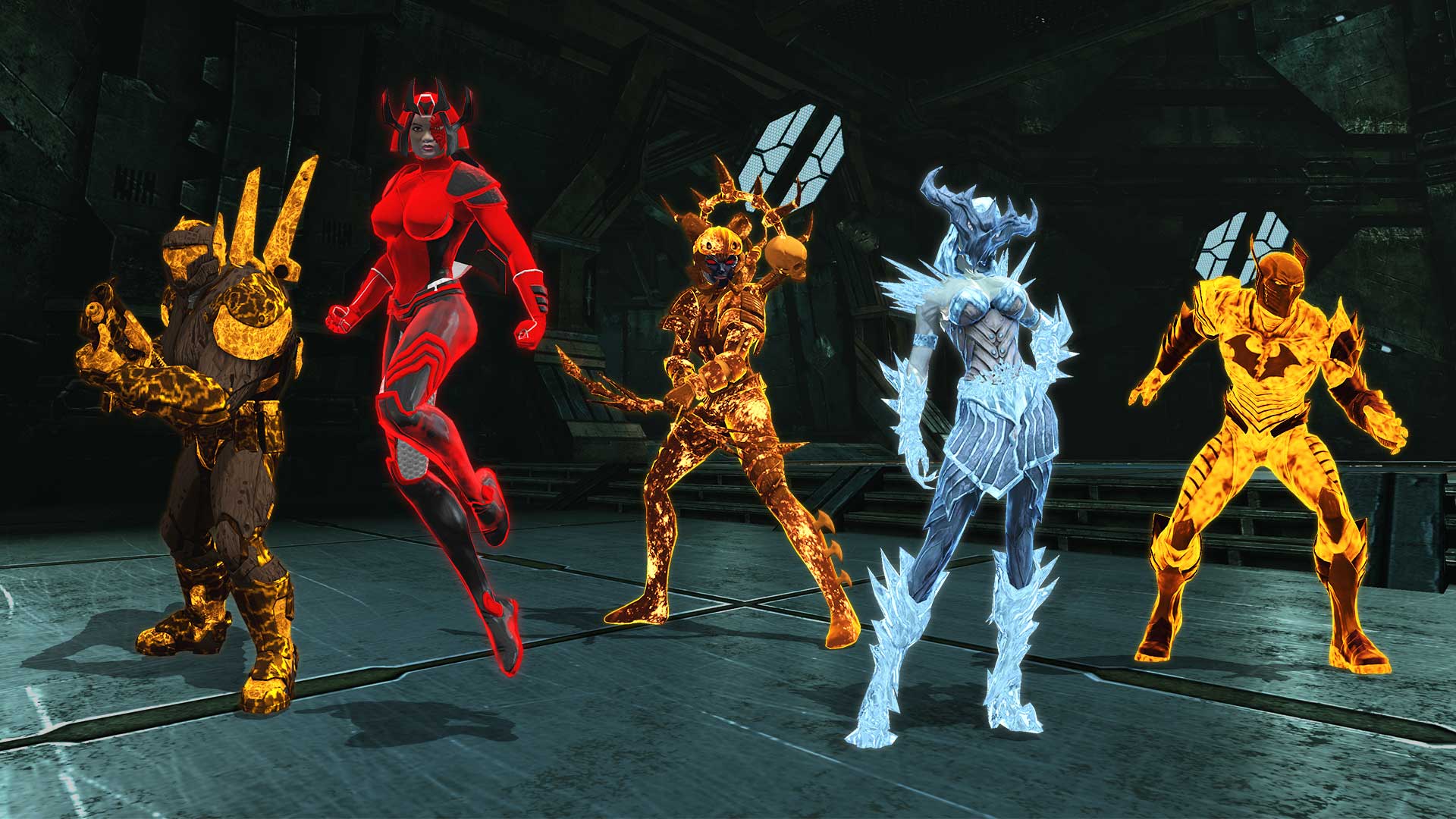 Items from the Time Torn Time Capsule and Arcane Time Capsule are now available on the Second Chance Vendor for Quarks. These items are in addition to the items from Time Capsule I, Amazon, Qwardian, and Team-Up Time Capsules already there. Look for Booster Gold in your HQ, standing next to the Quark Vendor.

The Resurgence Mega Capsule is back with new powerset chromas!

The Mega Capsule is now dropping in-game (opened with Stabilizers) AND is also now available for purchase directly in the Marketplace. Catch up on past Time Capsules, take advantage of the discount, and collect any of 17 sets of powerset chromas!

All gear in the Resurgence Mega Capsule has had their Maximum Item Level increased to 242.