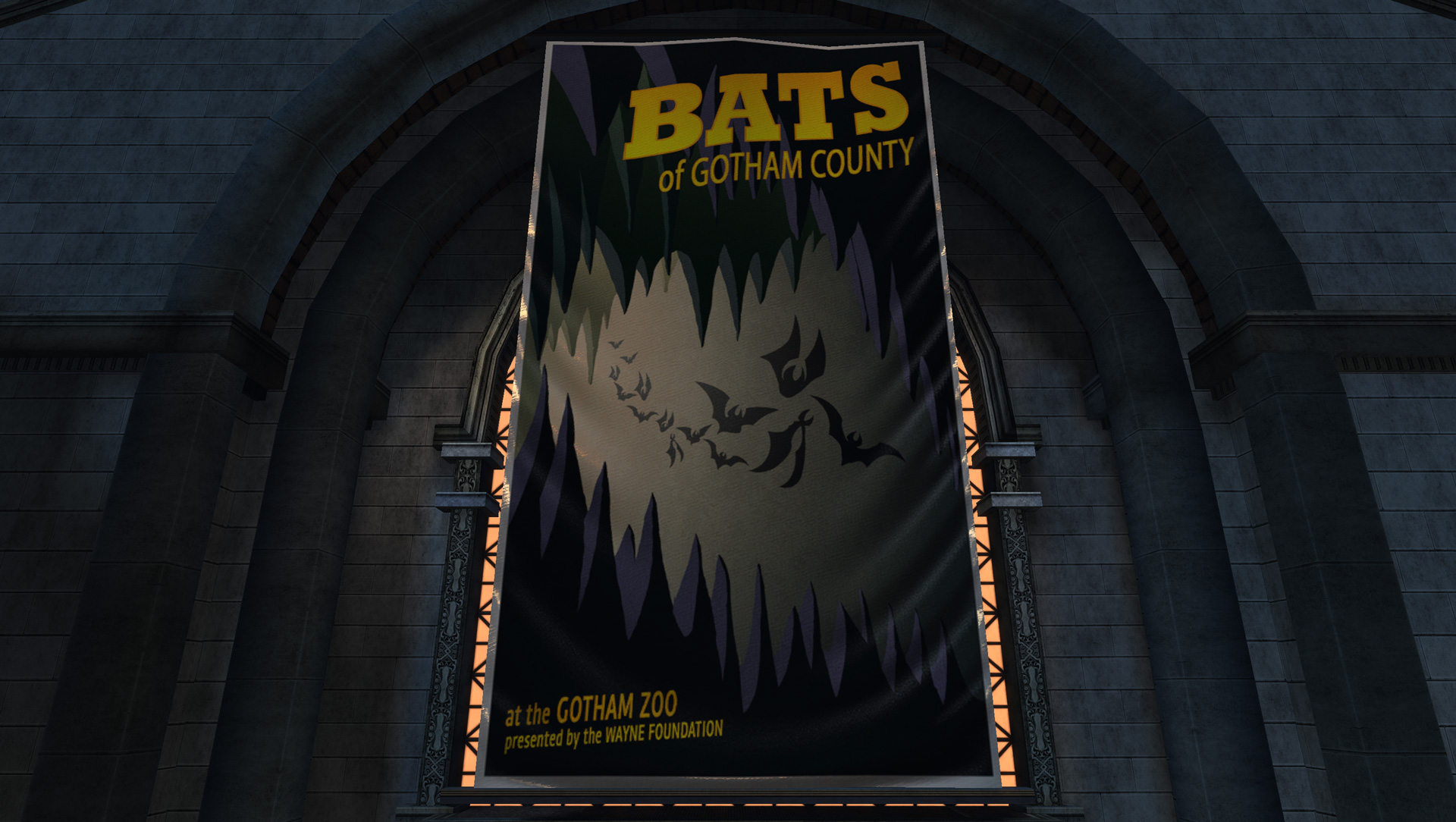 Hey all! It’s SJ “NerdofPrey” Mueller, and I’m here to talk with you guys about DCUO's next episode, Riddled With Crime! You may remember from our previous announcement that this episode takes us back to Gotham City. A Gotham without the Dark Knight. A Gotham at war. When the Bat's away…the rats will play.

In Riddled With Crime, the city is in peril as some of our most iconic villains are vying for power, taking sides, and battling each other. But the people of Gotham needn’t worry too much – Batwoman and Nightwing are on the case and working with the GCPD to keep things from spiraling out of control. Talia al Ghul has also stepped out of the shadows to help, her motives her own. For now, she’s displeased with the Gotham villain’s unsanctioned war and even more displeased that her beloved, Batman, is still missing. 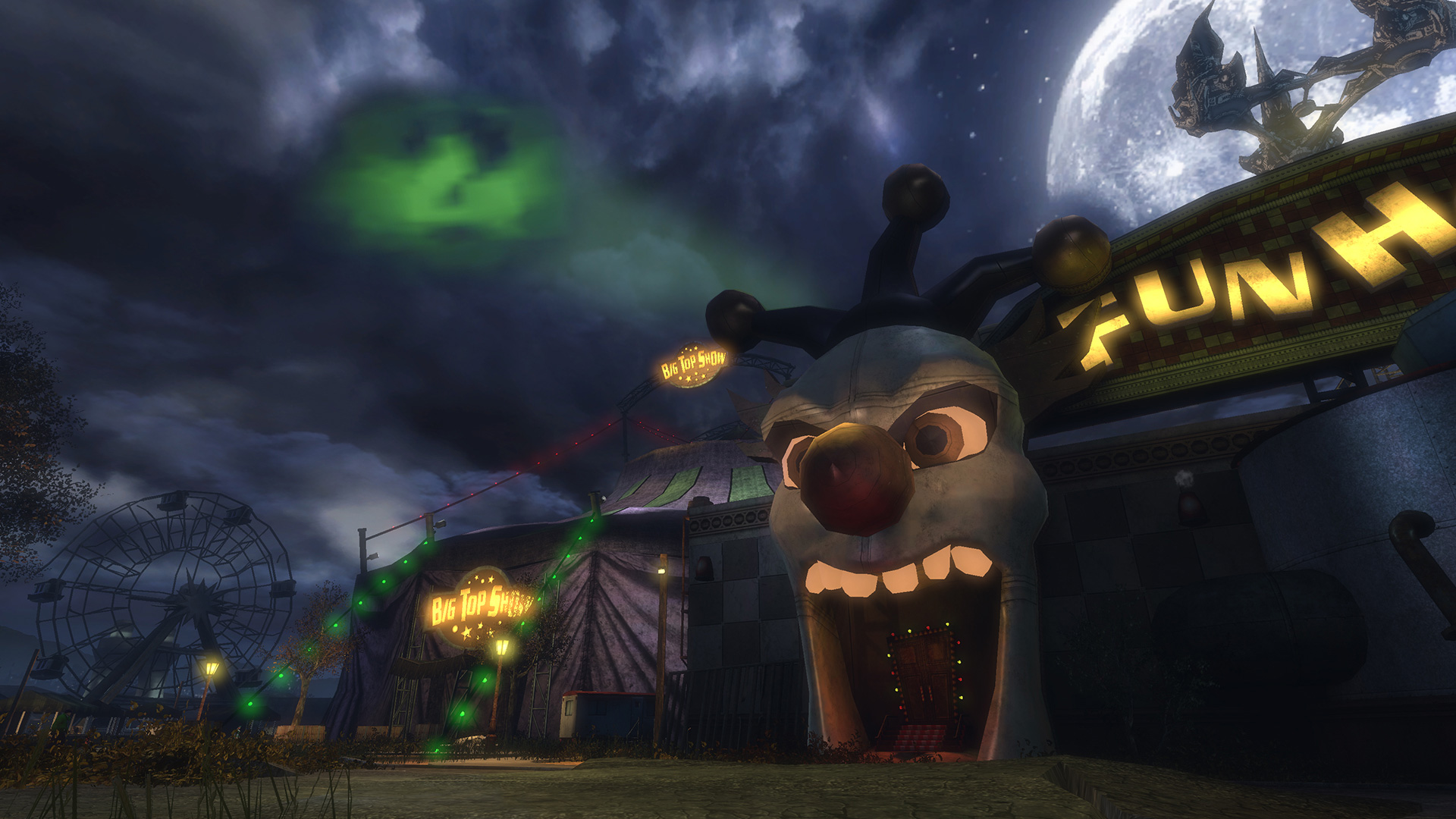 The Riddler made the first move in this wicked game of chess, sending his hired goons to take on the Joker’s clowns at the Amusement Mile. The entire area is a mess, filled with goons and gangsters from all walks of Gotham. A schism forms down the center of Gotham’s most notorious villains, each taking a side. The Joker vs The Riddler. This is where you will find Batwoman or Talia ready to give you the latest information, and the latest open-world missions to assist each side in an effort to burn up this powder keg of destruction.

This revamped open world area features many daily and weekly open world missions and bounties, and will be available to all players level 10 and up during a special limited-time preview.

After reporting to the Amusement Mile, it won’t take long for Talia or Batwoman to give you an update – some of Gotham’s worst (best?) villains are attacking critical locations like Cape Carmine and Ace Chemicals. In the On Duty menu, you’ll be able to queue for two separate duos, one to work for the Joker’s team, the other the Riddler. You’ll definitely want to do both, of course.

Rise of the Bat (4-Player Operation)

During Rise of the Bat, a break-in at WayneTech will lead to more clues about what really lurks in the shadows, and now it's a race against time - back to the Batcave! All of the mysteries behind this gang war will soon be revealed. 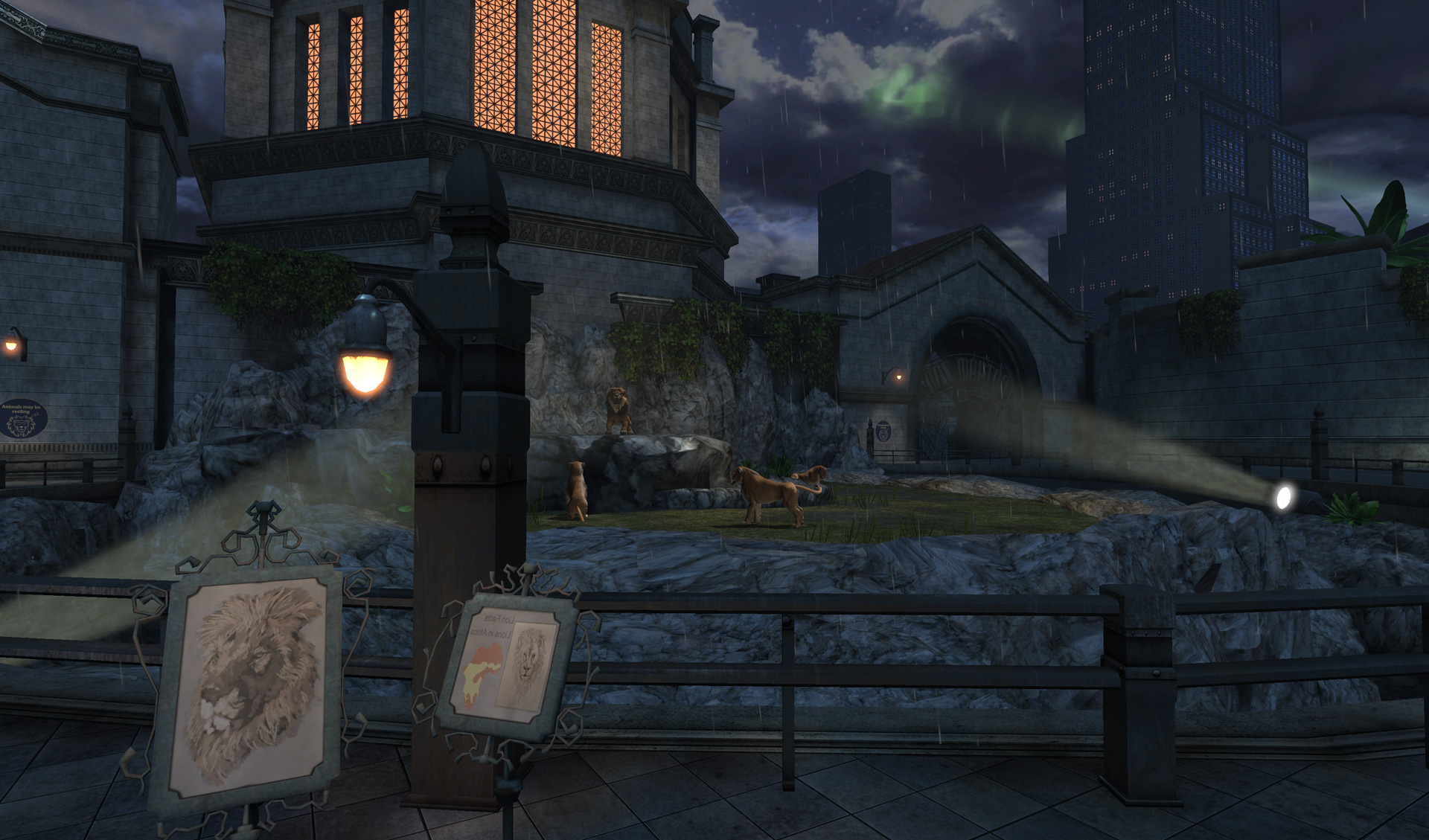 The epic finale to Riddled With Crime takes players to our newest (and one of our paws-down coolest) maps, the Gotham City Zoo! I don’t want to spoil too much, but the art team killed it with this new environment, and if you pay attention to all of the clues along the way, you’ll have a pretty good idea of what's happening here and the true meaning behind all of the commotion in Gotham City.

Of course, we have a MUCH more challenging version of the raid for the Elite version, with a few extra rewards. Hope it doesn’t make you go completely batty.

And to the victor, the spoils. Or at least that's what The Riddler and The Joker are banking on.

Riddle me this: what’s fashionable, powerful, and shrouded in mystery? The new gear suit in Episode 29! Inspired by the master of riddles himself, you can really roll your sleeves up and prepare to solve the world’s greatest riddles, and look good while doing it. The Elite version is even more stylish, with a few extra bells and whistles. 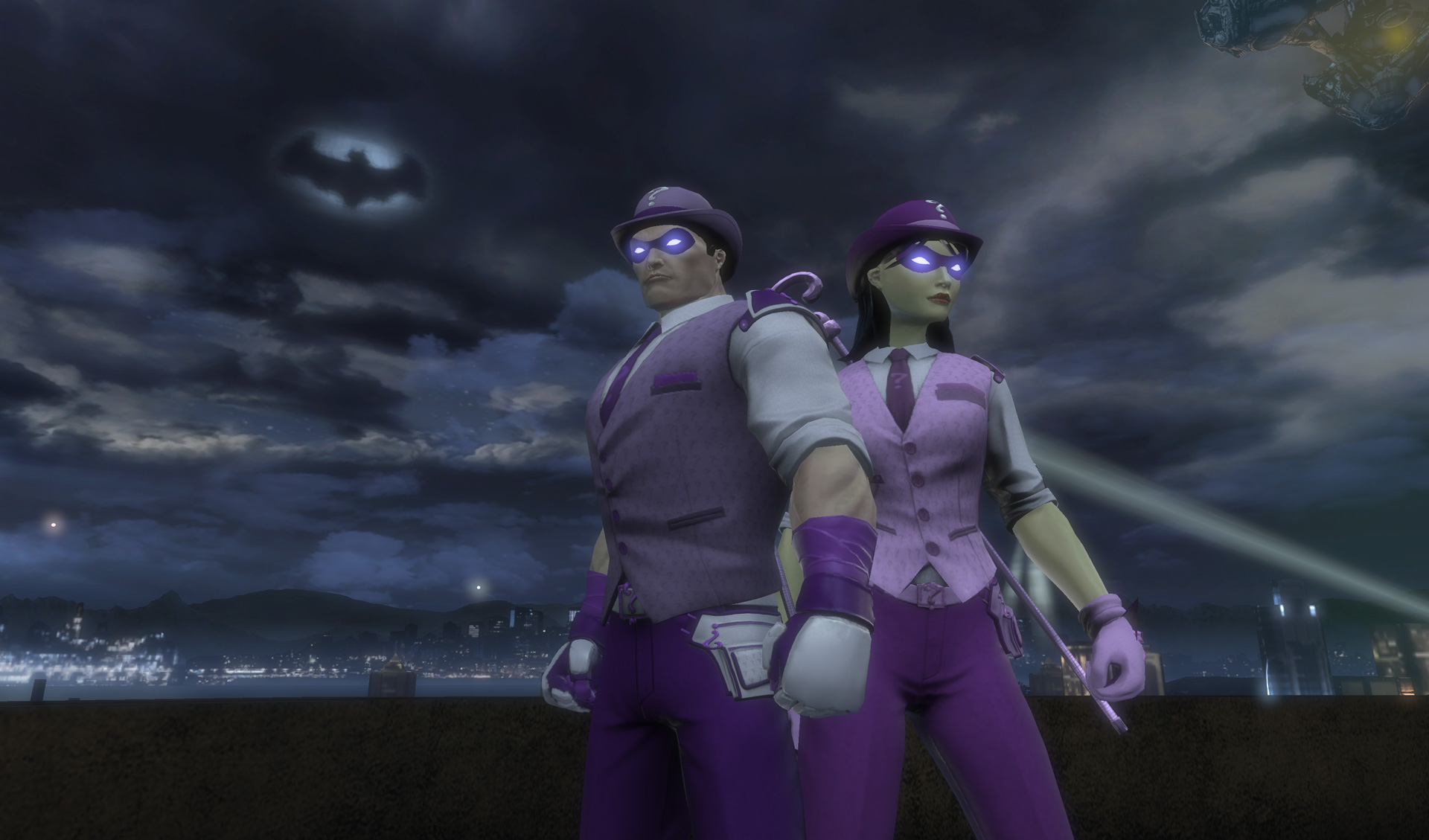 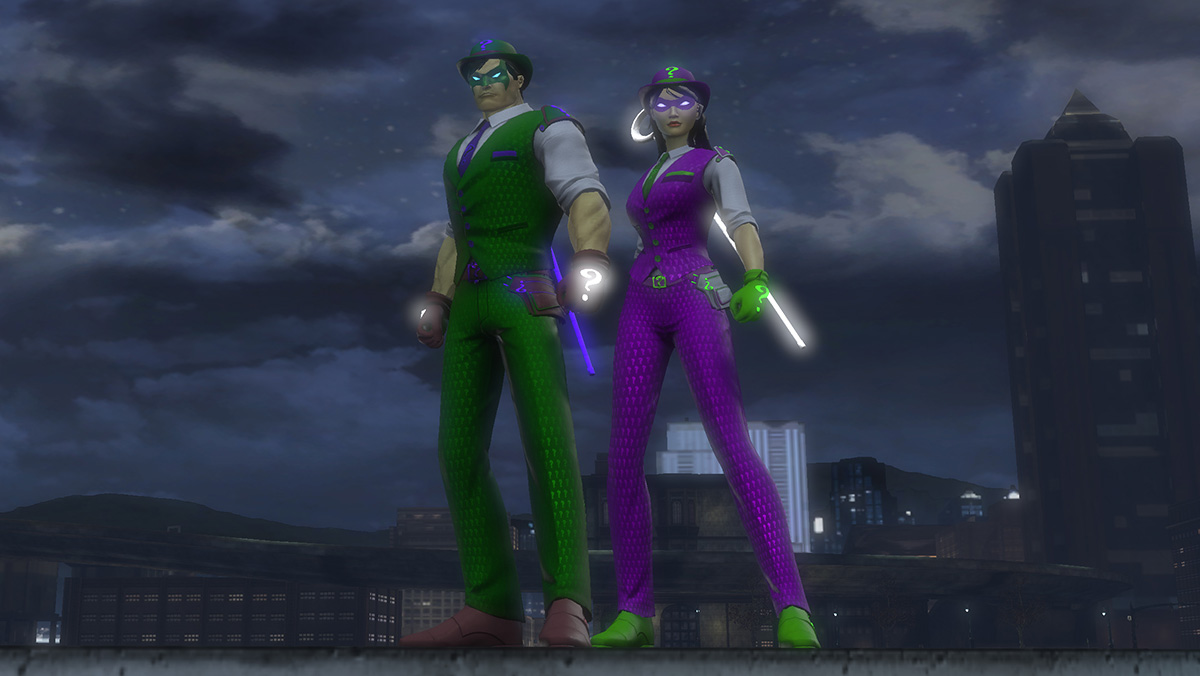 Additional styles in the Episode include the amazing Batwoman Mask (finally!) and one of the coolest-looking Omnipotence items I’ve ever seen. Wait until you get your hands (hand?) on it.

For you avid base item collectors, there’s tons of new items from the Zoo and the gang war. If you’re a fan or the Riddler, the Joker, or bats, you’re going to love these.

This episode's best gear remains obtainable on a vendor for a new currency – Marked Bills - along with additional style items, collection items, base items, and more. The episode's dropped gear will automatically attune to your average item level for upgrades as you go. Elite gear will require renown gained in the Elite raids, and the Omnipotence item will come from a collection.

I can't wait for everyone to see the new Gotham Zoo. The episode is planned to launch on September 20. You're going to have a roar of a good time!

Tune in TODAY (September 1, 2017) for a livestream preview of Riddled With Crime. We will tour the Gotham Zoo, look at the new styles, and talk in depth about the upcoming episode. The stream will start at 12PM PT and last about one hour.

Find us over on Twitch.

If you missed the livestream, watch the replay now!

Previous Article
Now Available: Water!
Back to List
Next Article
40% Off All Respec Tokens!