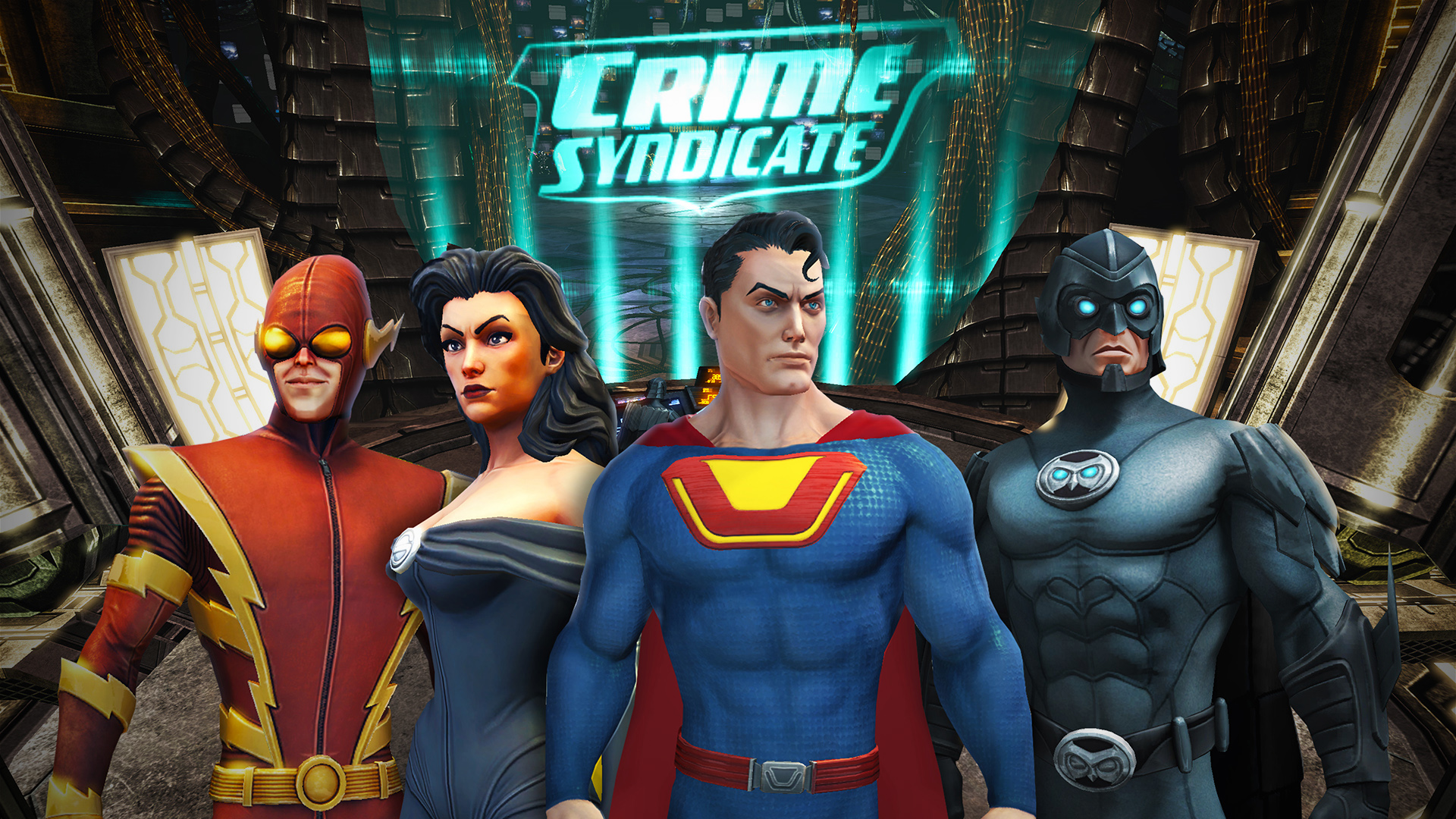 EARTH 3 is DCUO's next episode, launching November 15th, 2017! This episode will introduce the Crime Syndicate - Earth 3's evil version of the Justice League - and reunite the full cast of our Justice League for a set of epic new adventures set on our Earth and on theirs.

Before we talk about the episode's story and content itself, we want to take a moment to talk about its development and structure. With this episode, we are taking the fundamentals you've seen in episodes past and raising the bar. Put simply? Episode 30 is both an episode AND a major event. Keep reading for all the details!

Hello DCUO! Episode 30: Earth 3 is a very special episode for the team here. NerdOfPrey will get to the story and content of the episode in a moment, but first we need to talk about what's changed overall in this episode's structure and development process.

We're raising the bar for episodes here with a better, targeted approach to creating content. We have enormous diversity in our player base - players of all types with all sorts of expectations - and in Episode 30, we wanted to have more freedom to design content specifically for more of these different kinds of players.

What does that mean? Earth 3 will have three different types or versions of content. You're used to seeing two versions - normal and elite. Additionally, this episode will also have an easier, stat-clamped version of all instances. The stat-clamped versions - essentially a Starro-sized major event - will launch alongside and in addition to the full episode, for all players over level 10, and will remain until Episode 31 launches next year.

To recap, we'll have:

For example, here's what that looks like for Earth 3:

By creating three versions of content instead of two, we are able to focus more specifically on the experience our different groups of players desire. The stat-clamped content is highly accessible (and of course open to players of any level), so it is a light, easy-going experience. The regular end-game version is more challenging, but still accessible to the majority of players.

Because we have these two easier options, this really freed us to ratchet up the difficulty in the elite version, where we have refocused our efforts on creating challenge through skill-based mechanics that have clear messaging, involve the whole group, and are absolutely devastating when failed. Elite players will be required to perform at the peak of possibility and work together to find victory. The team has really embraced this freedom and enjoyed designing to this new challenge, so we can't wait to see you tackle it head on.

First, a few basics to get out of the way:

Okay, with that out of the way, here is the overall rewards plan for the different types of content:

We expect the player (or alt) who is not yet at end-game to enjoy the easy event content, the end-game player to enjoy the accessible end-game content as usual, and the elite player to rise to the challenge of the elite raids to get that improved elite gear, all while the increasing currency rewards and extended vendor discounts keep everything within reach.

That's a wrap on what is changing in the structure and rewards for this episode, but what content, characters, and story are actually IN Episode 30? DCUO Creative Director SJ "NerdOfPrey" Mueller has all those details right after this. SJ, take it away!

Thanks Mepps! You guys, Earth 3 is such a big deal. It’s the Justice League versus the Crime Syndicate, finally! What an epic story to tell, and what an incredible time to be a Justice League fan. The team couldn’t be more excited to release this episode.

But here’s the big news: This is the first time we’ve reunited the Trinity in an all-new storyline since the launch of the game. That’s right, ALL THREE of the Justice League’s heavy hitters (and DCUO's mentors) return in Earth 3 to take on their evil counterparts in the Crime Syndicate! You’re reading this right. Superman, Wonder Woman, AND Batman are all back. And that’s not all. They are joined by other key members, like Cyborg and the Flash. Even Lex Luthor is along for this ride.

It’s going to take all of them and a whole lot more to take down the Crime Syndicate.

The story begins in “The Visitor,” an epic 2-Player Operation that reveals our first doppleganger from Earth 3 – Alexander Luthor. At great risk, he has traveled to our world to request help against the Crime Syndicate, a council of evil super-beings that use their great strength to rule his world. He means well, but the Justice League is a bit uneasy trusting anyone with Lex Luthor’s face. Can't say I blame them.

There are two versions of this operation: Event (Stat Clamped) and End-Game. 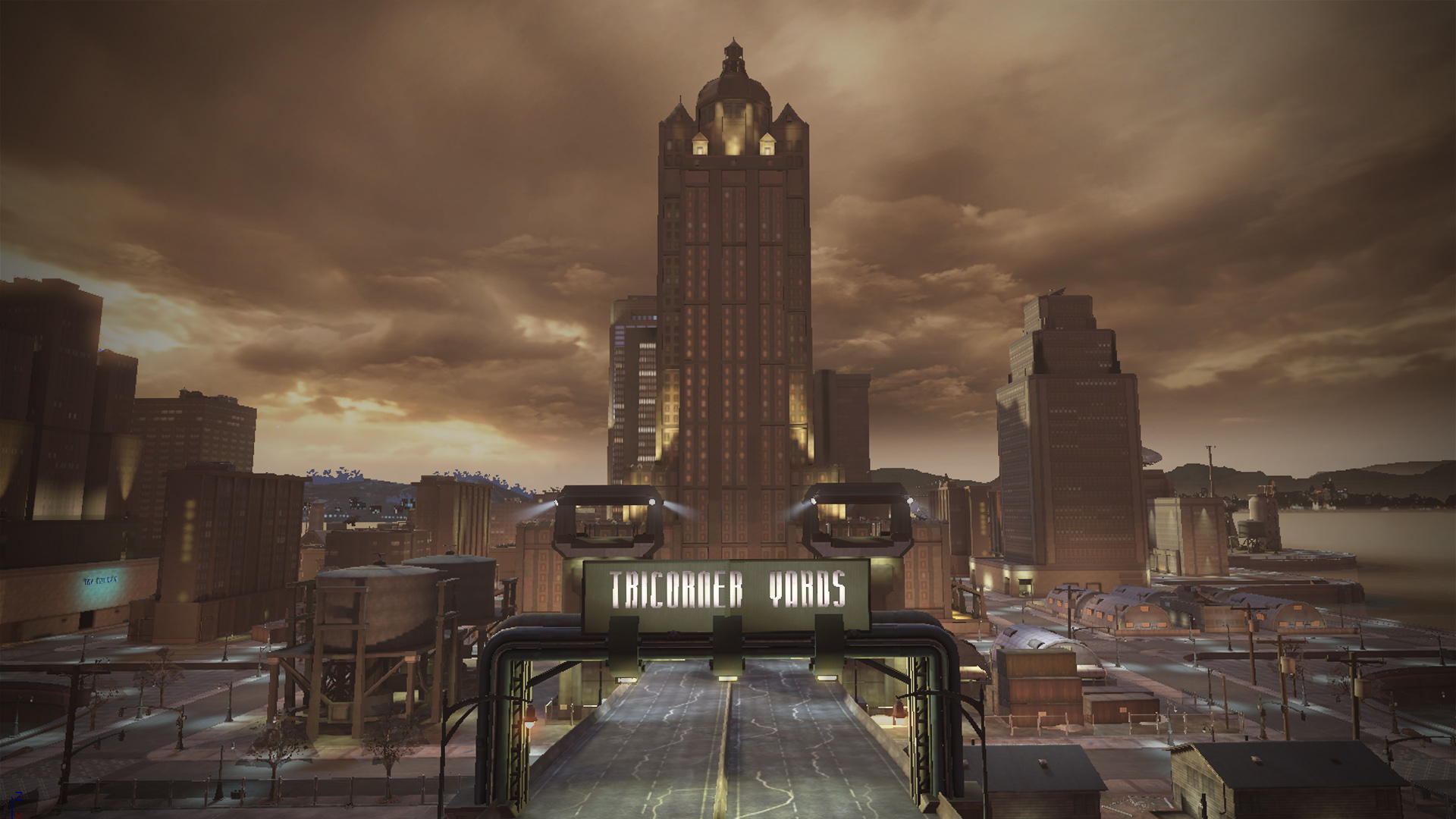 At the end of “The Visitor,” the Justice League, Lex Luthor, and heroes and villains alike have traveled to Earth 3 to help. Or in Lex’s case, to explore this alluring world where evil can win. The snowy city is bleak and run by a corrupt Mayor by the name of James Gordon.

When you arrive, you will see that the Justice League has set up a hidden base beneath a bridge in the city. They need your help to get the lay of the land and find out more about this world, and about its evil oppressors. Lex Luthor is along for the ride, but instructs villains to share any and ALL information with him, because he has an idea... And Batman has tasked you and your friends to find a way to bring down Mayor Gordon.

There is one version of these missions: Event (Stat Clamped). 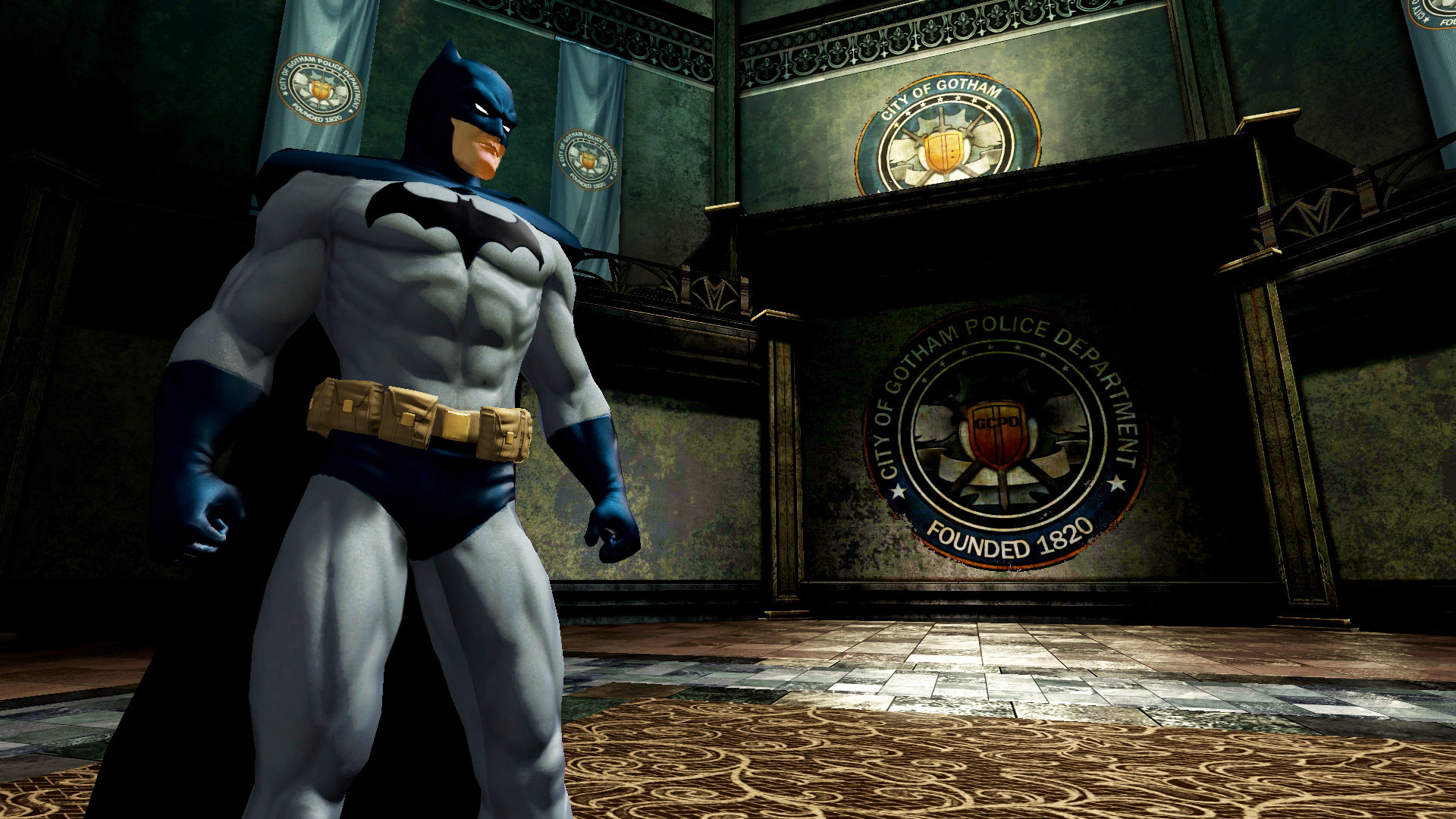 Batman has stormed the giant, oppressive Municipal Building in an effort to track down the corrupt Mayor Gordon. But the Mayor doesn’t rule this city alone, and he’s ready to light the signal and call for back-up.

There are two versions of this alert: Event (Stat Clamped) and End-Game.

Surprising no one, Lex had an ulterior motive in all this, and has struck out on his own. He is determined to take down the Crime Syndicate himself, starting with Ultraman. Unfortunately for him, he is captured before he can find his quarry. You must join Alexander and and the rest of the Justice League to mount a dangerous rescue inside the Panopticon, the Crime Synidcate's twisted version of the Watchtower. Lucky for us, Cyborg has found a way in.

There are three versions of this raid: Event (Stat Clamped), End-Game, and Elite. 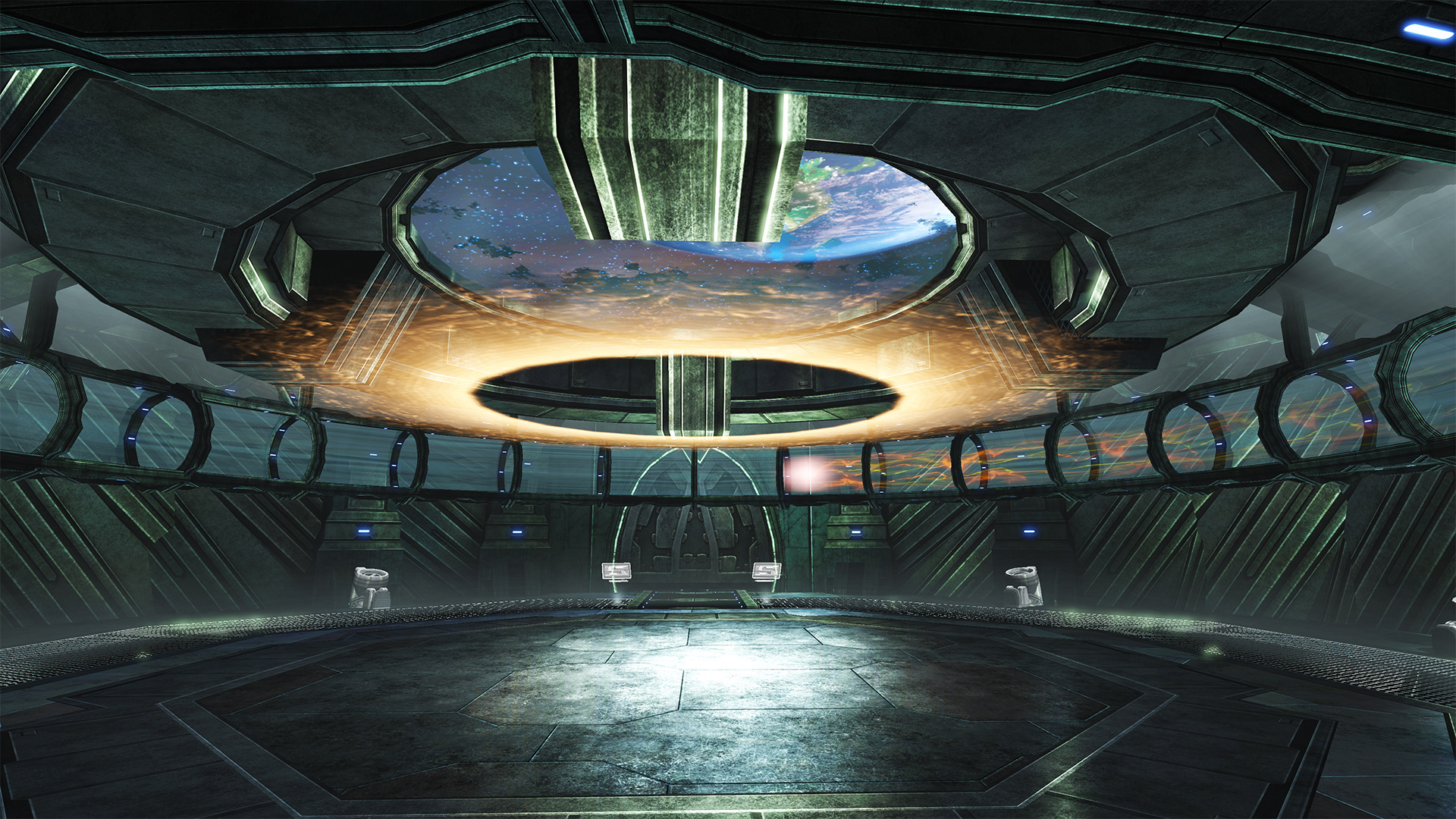 The Crime Syndicate has uncovered a way to tear open a massive hole in time and space, one large enough to drive the entire Panopticon through! And that is their plan – to drive it right into our own Earth’s orbit! The entire team must assemble to take on the Crime Syndicate in an epicly ridiculous battle of the bests between these two worlds!

There are three versions of this raid: Event (Stat Clamped), End-Game, and Elite.

Want to see more? Tune in TODAY at 2PM PT for a livestream preview. We'll take a closer look at the new environments, characters, and rewards, recap the episode's structural additions, and take your questions.

If you missed the livestream, watch the replay here: