New Episode Legion of Doom out now for free! 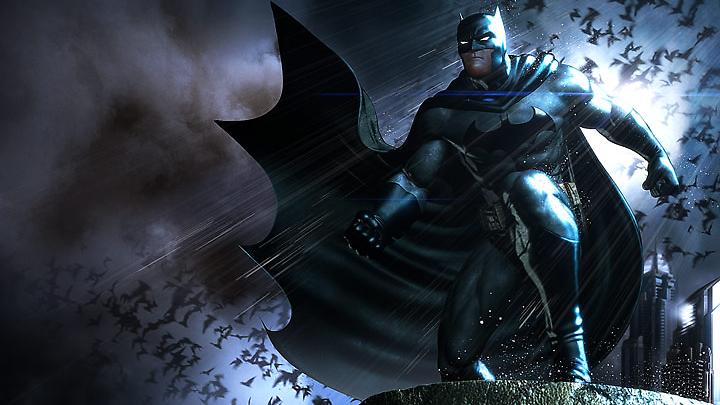 Hello Heroes and Villains! We are excited today to announce the return of large content releases, update you on ongoing initiatives, and share some new features and events we are planning for this summer and the rest of the year.

Beyond sharing our plans, we are also looking for your thoughts and feedback, and we want to provide you ample opportunity to ask questions. Please visit this thread in the Developer Discussion forums to do just that.

Now, on to the news!

Let’s start today’s announcements off big. We have heard your feedback and your desire for larger, more spread out content releases, and that’s exactly what we are going to do starting with Episode 27.

We know (because you have told us) that it is more fun for everyone when more content drops at once. Monthly Episodes were a grand and ambitious concept, but one that has proven ultimately inferior to the larger content drops you prefer. Large releases will allow us to eliminate some of the complexity surrounding monthly progression, ease some of that pressure you feel to get to and stay at the bleeding edge, and allow you to enjoy your achievements longer. That said, we will maintain some of the recent improvements, including multiple, varied storylines per Episode and Elite versions of content. We are still moving forward with what we have learned.

In regard to timing, here’s what you need to know. Episode 25 launched last week for all players, Episode 26 will launch later this month as our final monthly Episode, and Episode 27 – our first new, large release – will launch towards the end of this year or the beginning of next. And yes, Episode 27 will be Amazon Fury Part III.

When we speak of change to one set of plans, the first questions are always about other plans that are already in motion, so let’s get those out of the way. Here’s an update on the status of our previous 2016 plans.

First, be assured that regular Game Updates with fixes and features, seasonal events, and Survival Mode events will continue. The 2016 summer seasonal event is live now, and it will be followed by The Witching Hour and Season’s Greedings this fall and winter.

Crossplay, Xbox One, and 4th Color Option, and New Storylines

Check, check, check, and check! Crossplay between PC and PS was completed this past January, DCUO launched on Xbox One this April, and the 4th Color Option launched with Game Update 61 last month. Monthly Episodes have continued to deliver new storylines, and Episode 27 will continue with the conclusion of Amazon Fury.

Our plans to revamp stats and remove CR differential continue, and we expect to have both in place before Episode 27 launches.

The midrange balance pass is also continuing as planned, and weapons are next, followed by the remaining four powers (Nature, Electricity, Sorcery, Earth). Powers will remain a topic at the forefront of our minds, always.

We want to fundamentally improve how progression works in DCUO. In fact, our plans for progression have expanded since last we talked. You may see a taste of progression changes in Episode 27, but we are not quite ready to share more information and the majority of changes are no longer planned to launch this year.

Water is still our next power, featuring Hydrokinetics and Tidecalling, and art and design work has been underway for some time. That said, Water depends on many of the other systems initiatives we have in the works, most significantly revamping stats, and we want to complete those prior to releasing Water. Water may or may not release this year.

We still want players to be able to keep up alternate characters more easily, and expand the systems introduced with feat unlocking. However, while work continues, style unlocking is no longer expected to launch this year.

We have tabled additional league tools and changes in this realm at the concept phase, and may or may not return to them later on. We would like to hear your thoughts and suggestions on what would most impact you in your leagues day to day.

As we look ahead to the second half of the year and preparing for Episode 27, we have much we wish to accomplish and many new things we want to try. We will continue to work to improve the game and address your concerns. We are preparing to do so from many different angles, some of which we would like to share with you now.

We plan to launch a new Suicide Squad-themed PvP map and gear set this August. The map will be Belle Reve, Amanda Waller’s prison facility, and the gear will be inspired by Deadshot. PvP is a vital component to the game, and one that we expect to continue to spend time on this year and beyond.

We plan to add new missions at level 30 to help guide players from pre-30 life to post-30 life in DCUO. The transition right now is overwhelming and needs to be better explained. This might not seem like something that applies directly to most of the advanced players reading this update, but it does in the number of your potential friends and fellow players that we lose every day at this transition.

Similarly, early leveling in the game can be overwhelming as side missions, travel, and tours sometimes confuse players. We’ll make some of these clearer and address content bugs in this pass. More players leveling beyond this introduction means a stronger game and community for everyone.

Alternate characters are important, and one quick way to improve the adoption of alts is to make starting new characters quick and painless. Skip Tutorial (free feature) will allow players to jump directly into the leveling game without playing the tutorial, and the Level 25 Auto Boost (marketplace purchase) will allow players to jump directly to level 25, where they will be ready to finish off the final leveling missions and start running On Duty content with friends.

These are the new initiatives we are working on for the short term, and we look forward to hearing your thoughts and feedback on each one.

Finally, we are incredibly excited to announce Open Episodes! Game Update 62 will introduce new functionality that will temporarily open Episode content to all players, albeit with extended loot lockout timers for players who are not members or who do not own the content.

This period of Open Episodes will begin with the launch of Game Update 62 later this summer, and last for about one month.

That’s a lot of news to digest, so let us again thank you for reading. We are standing by to answer your questions and consider your feedback. Please visit this thread in the Developer Discussion forums to join us.