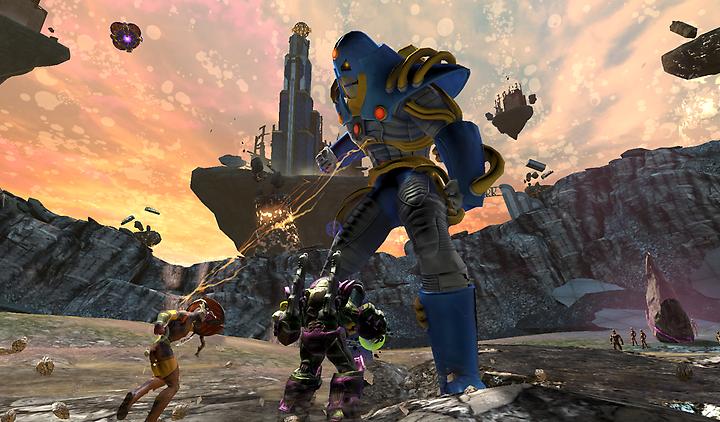 Hello DCUO! Please take a moment to catch up on the latest news and announcements in this development update. Today, we'll update you on the status of our current plans, share a few new initiatives, and then look ahead to our focus next year, including: 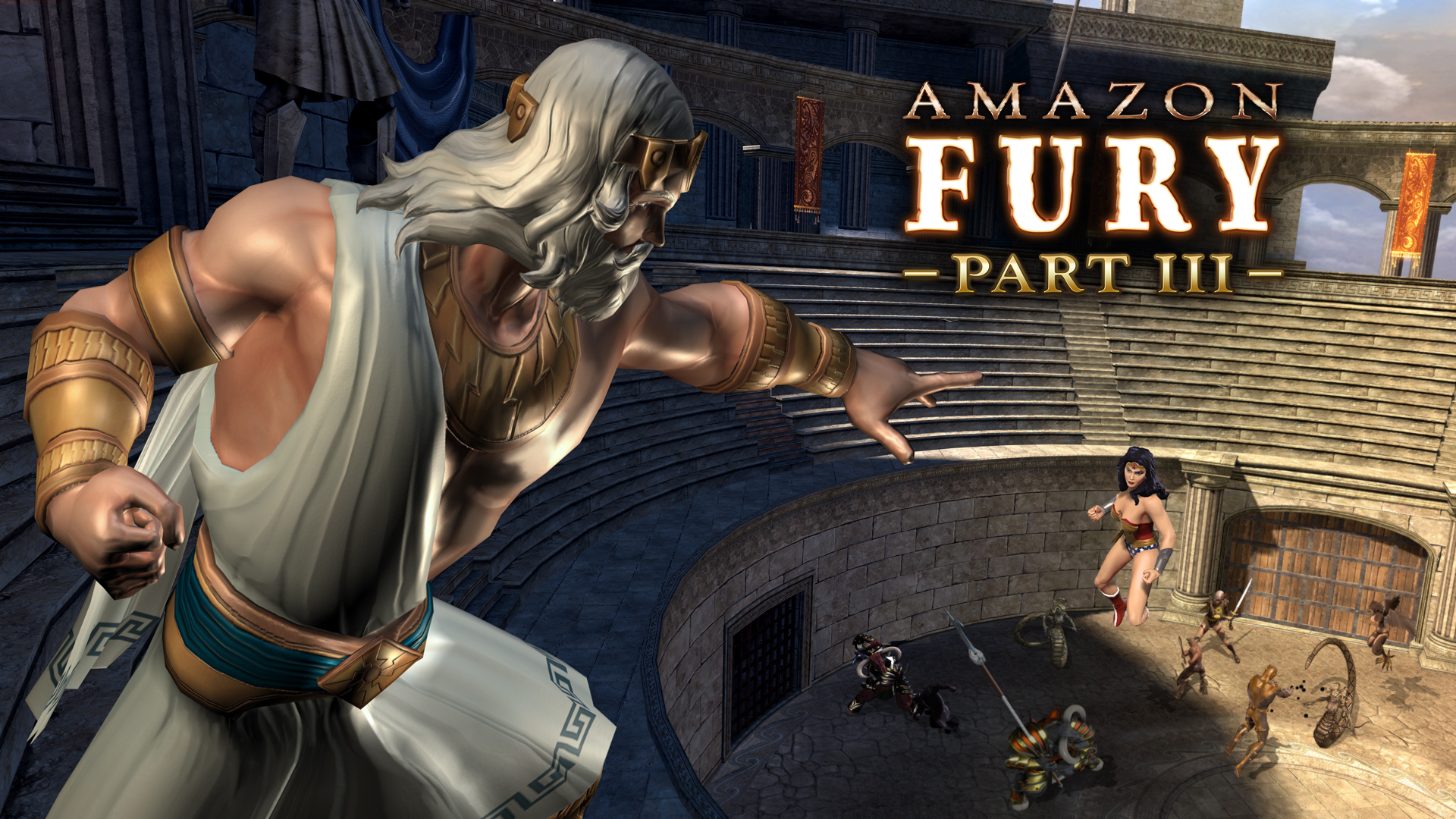 Amazon Fury Part III has launched, bringing us back to large content releases. We are so encouraged by the early response, and we are so excited to be back making this kind of content. If you’re not already playing this Episode, get on it. This is not one to miss. 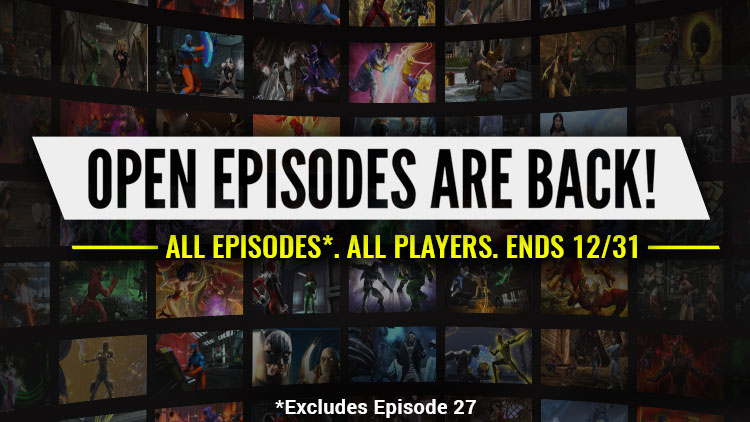 This summer was such a hit, we just had to do it again. Open Episodes are back for the rest of 2016! That means anyone can play (almost) any of the game’s content, regardless of whether or not they own it or have membership. Those who do not will have extended loot lockout times. (Note, Episode 27 is NOT included in Open Episodes.)

"I love open episodes because it allows everyone to experience the great content we have at upper levels. And friends can invite their friends into the game without any fear of barriers."
Jack "Jackster" Emmert
Studio CEO

Looking ahead, our previously announced plans remain unchanged from the last development update, but we would like to give you more insight into what we’re focusing on as we approach 2017.

First, just to doubly reiterate, we are continuing development on large content releases (Episodes), similar to what you are experiencing with Amazon Fury Part III. We know how important new story, new characters, and new primary progression is to everyone’s fun in the game.

We are very pleased so far with the new gear system implemented in Episode 27. While we are looking at feedback for minor improvements, the core concepts of the best gear being on the vendor, auto-leveling dropped gear, and so on, remains the plan going forward.

As you know, the stats revamp work is ongoing. We had originally hoped there might be some chance for the revamp to occur before Episode 27, but discovered additional work in several areas, including some in addressing your early feedback.

Here’s what we have accomplished so far:

The plan right now is to complete work on three powers - Mental, Ice, and Electricity (one of each role) - and then move that build to the test server to begin testing the revamp overall. At that point, players will be able to form complete and balanced groups with these three powers and play through the game’s content on test.

This will primarily help us start to identify problem areas in the content itself. Also, it will allow us to get early feedback on the power adjustments, so that we can address and incorporate that feedback as we complete the rest of the powers. From there, we expect to wrap up the rest of the stats revamp and continue to deepen the overall progression system.

"Next year, one of our major goals is to create horizontal progression. We want to create more choices and more avenues of success. We want you to increase the breadth of your character, not just your Combat Rating."
Michael "Avair" Mann
Lead Systems Designer

We are incredibly excited about this, but we are not far enough in development yet to share more in the way of specific details. We eagerly look forward to being able to do so next year.

We do have a confession to make. We have been working on a little surprise for everyone. In addition to large content releases, we are also working on new limited-time events. These events will launch, be playable for a period of time, retire for a period of time, and then return later – perhaps yearly, perhaps more often. With this, we will continue our mantra of trying new things.

"Events make logging in every day that much more special; I know that I've got to complete that event before it ends!"
Jack "Jackster" Emmert
Studio CEO

Now, you might be thinking that sounds a lot like our seasonal events. In some ways, yes, but in other ways, not at all. These events will be more substantive – as in real, engaging content to play – accessible to virtually the entire player population, dripping with cool new rewards, and provide even more to do between each large content release. 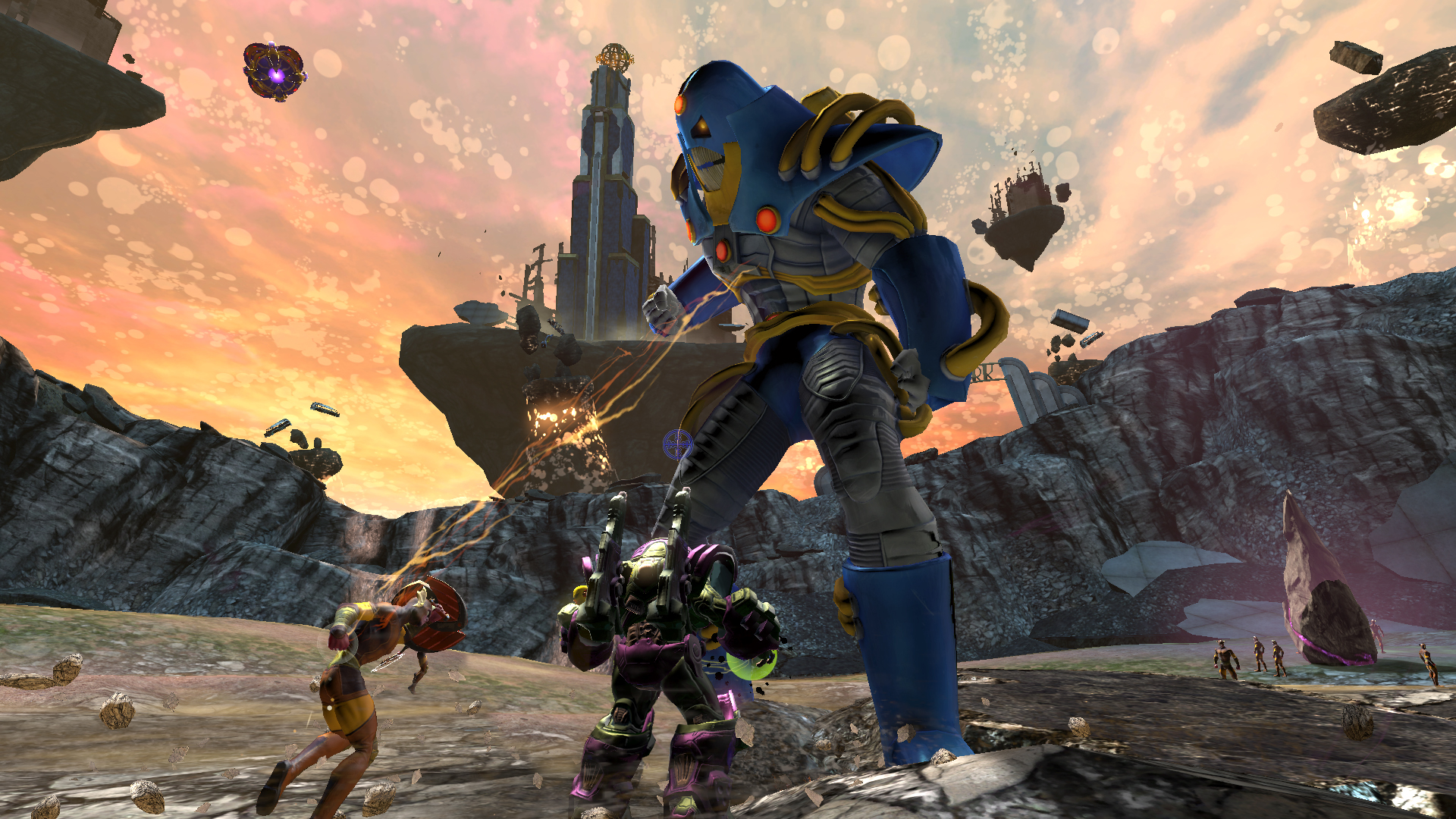 Surprise! We always like to give a little gift to our players at the anniversary, but this year we really wanted to step it up. An item? No. A style? Not good enough. Content? Yes. Let's do that.

This January will see the launch of the first of these new limited-time events in celebration of DC Universe Online’s 6th anniversary, and we’re here to spoil virtually everything about it right now. If spoilers aren’t your thing, turn back now!

"The Anti-Monitor is one of the most dangerous entities in the Multiverse. When something major happens in DC, it often involves this guy. He is literally capable of destroying entire Universes by breaking it apart into anti-matter, brick by brick, and now he has his sights set on ours! The endless instability of our timeline, thanks to Future Batman, Future Lex Luthor, and crisis after crisis, has drawn his deadly stare."
SJ "NerdOfPrey" Mueller
Creative Director

"When we first were designing the new anniversary event, I asked myself – what is the one villain that EVERYONE in the DC Universe, good and evil, united to battle? Who threatened the very existence of the DC world? The answer was obvious: the Anti-Monitor!"
Jack "Jackster" Emmert
Studio CEO

New Open World Missions: Metropolis Antimatter Invasion Zone
Travel forward in time to an unimaginable future – our future – and to a new version of Metropolis where a Qwardian invasion from the antimatter universe is weakening the last of Earth’s defenses.

New 8-Player Raid: Centennial Collapse
With our Earth on the brink of destruction, it will be up to you to face the Anti-Monitor in this dark, possible future, and to do whatever is necessary before we and it are destroyed.

We hope you are as excited about stopping the Earth’s near-certain future destruction as we are. And we hope you will tune in to our livestream later today to see the event in action and learn more. This anniversary may just be the best one yet. The show starts at 11AM PT on Twitch!