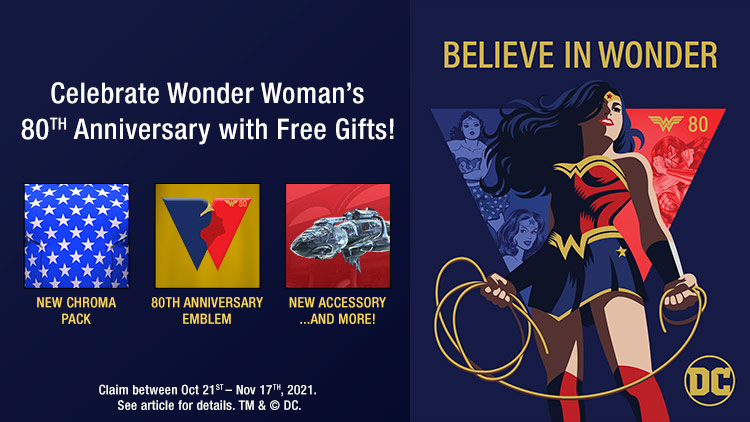 Wonder Woman made her first appearance in comics 80 years ago. To celebrate her and her big anniversary, get your free gifts!

All players can claim:

To claim the member gifts, players must log in with an active membership. One gift per account, but styles can be style-unlocked for 0 Replay Badges. Items are account bound. 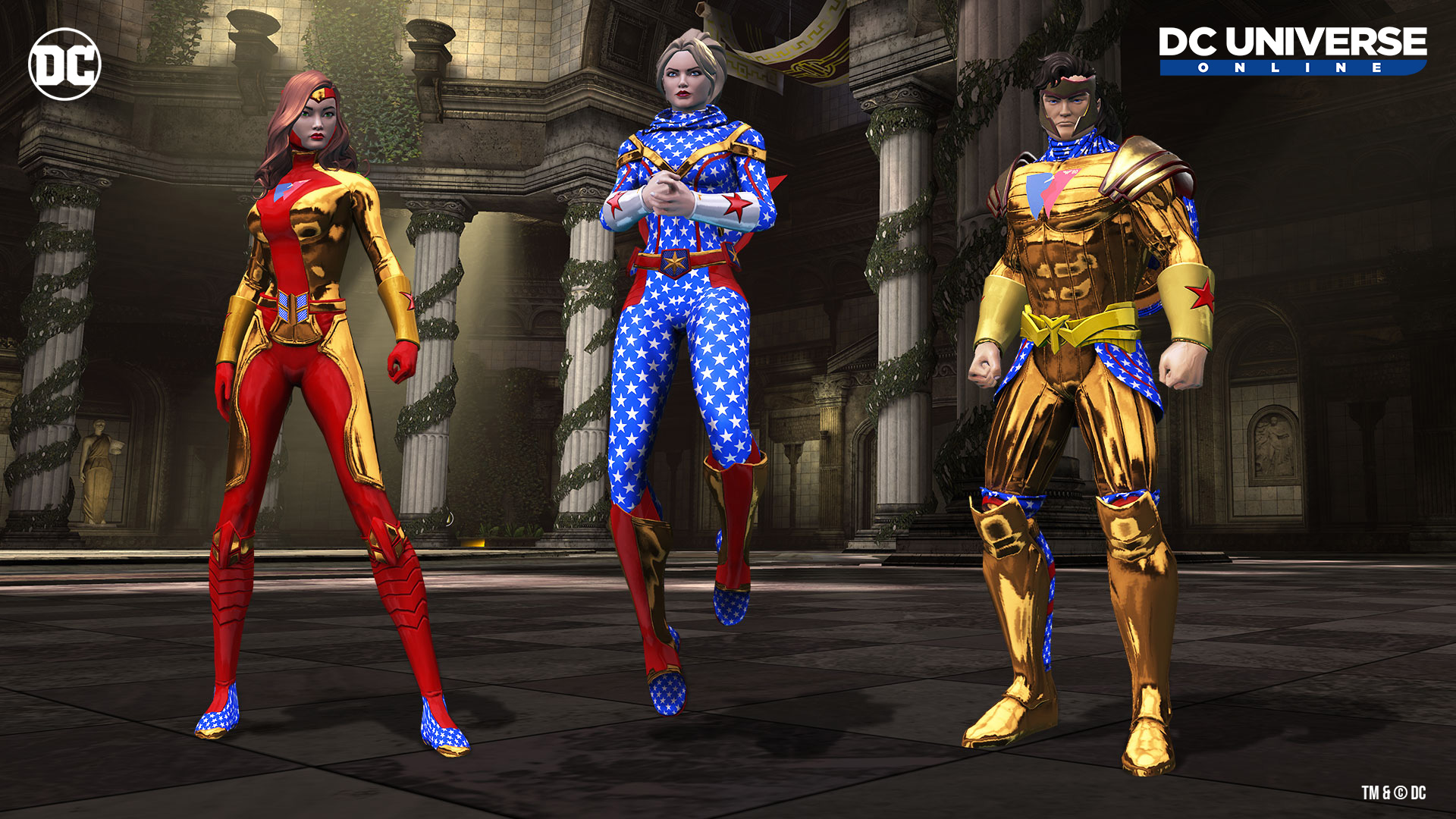 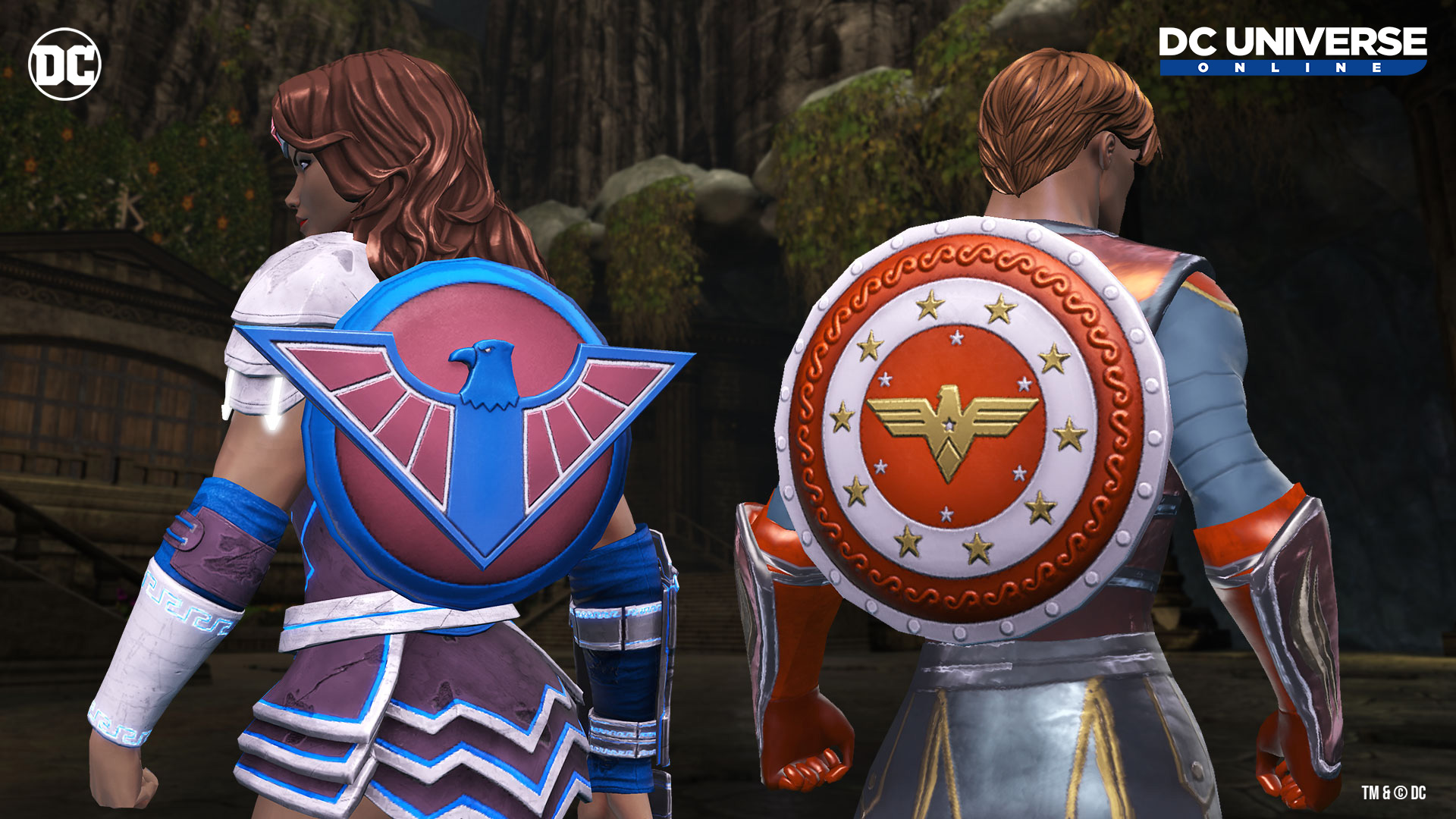 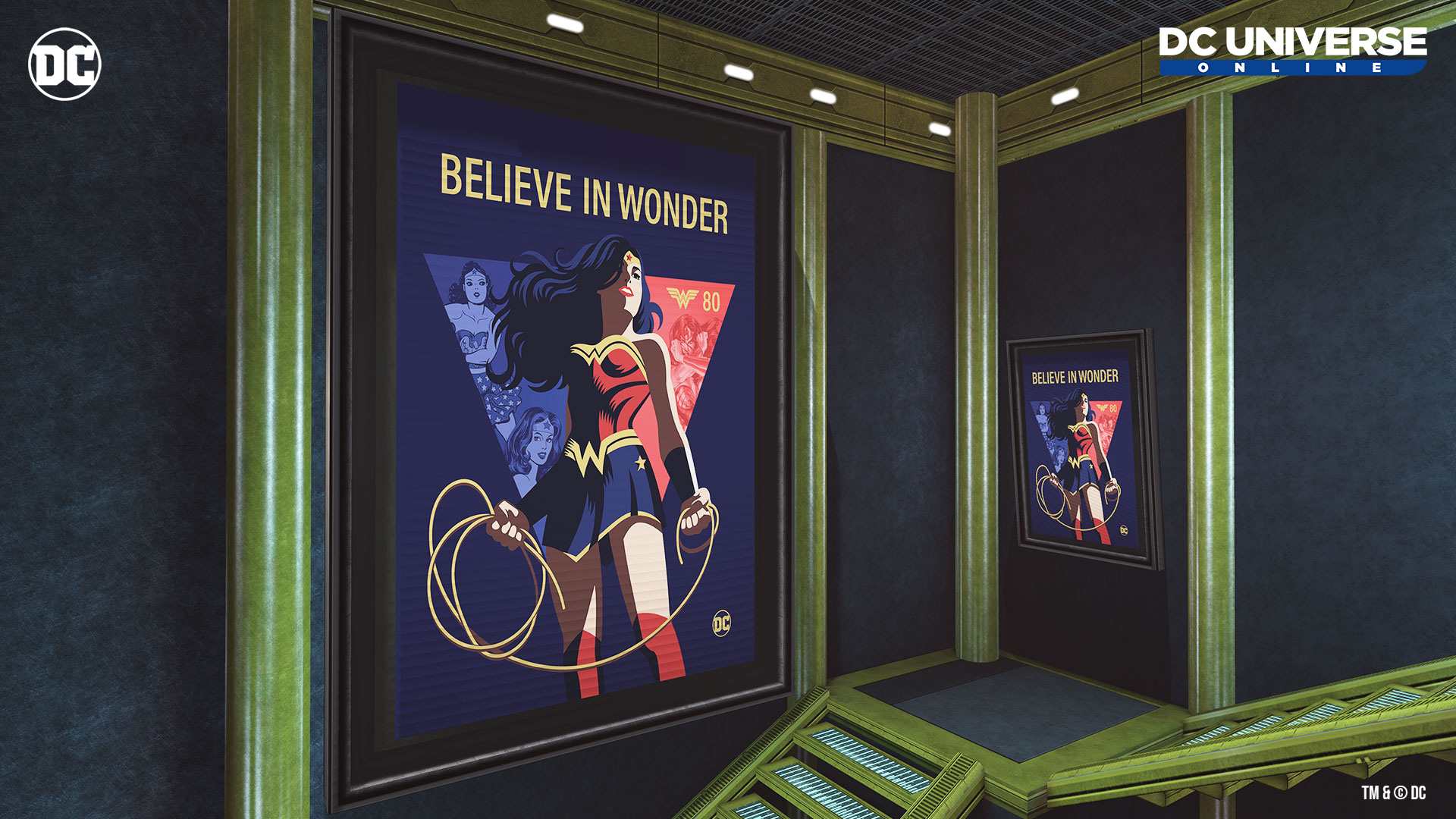 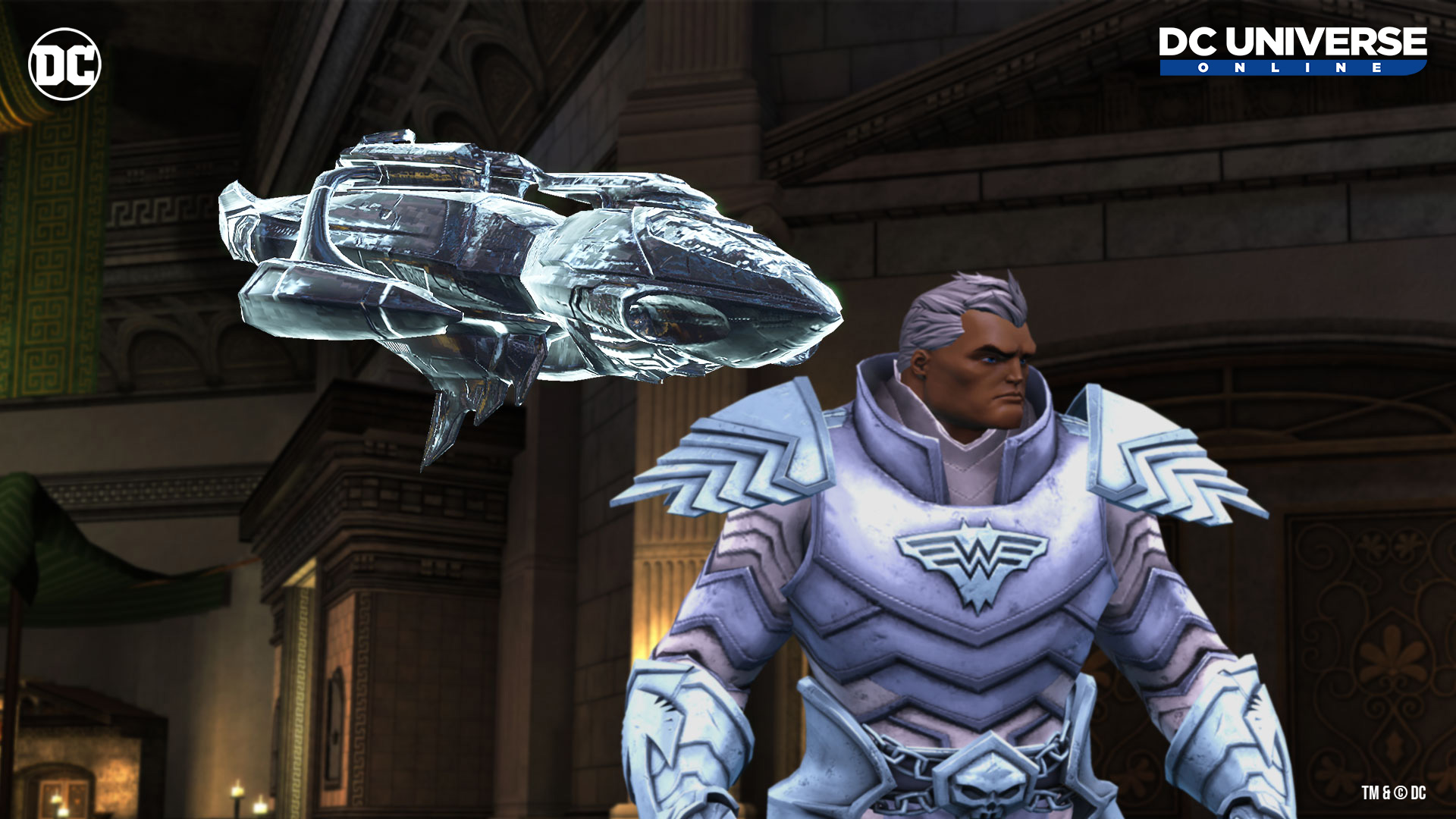 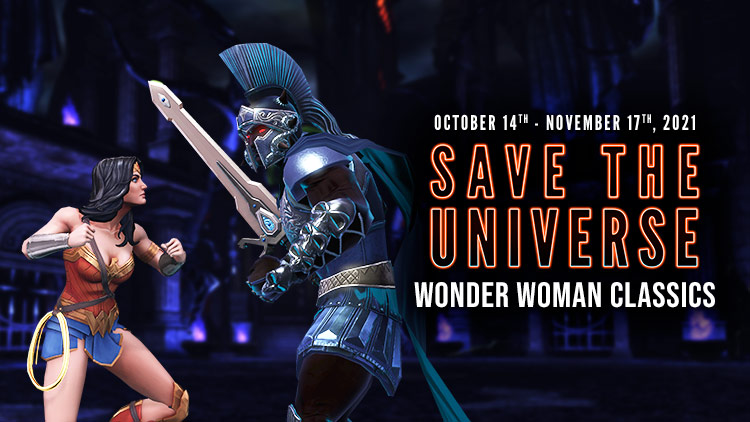 Save The Universe: Wonder Woman Classics

Explore some of Wonder Woman's best adventures and snag your rewards while you're at it.

Find more information about Save The Universe and Wonder Woman Classic here. 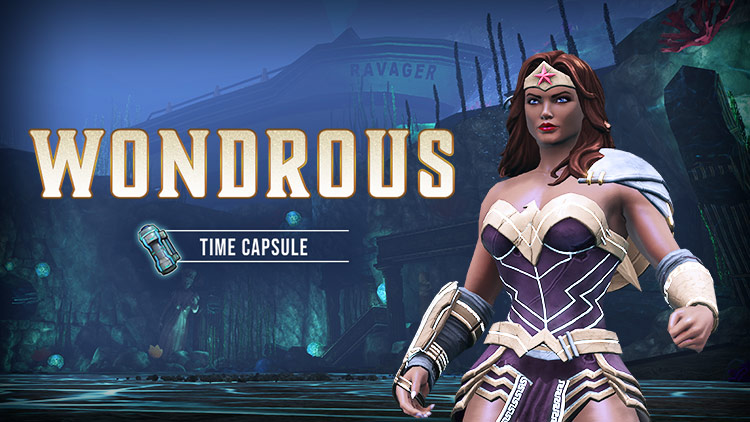 Styles inspired by Wonder Woman (the Drowned), invisible jets, and more are featured in this new Time Capsule. Channel your fierce spirit and dive into all things Wonder Woman.

Plus, open 25 capsules for your very own Nubia Ally!

Get more information about the new Time Capsule here.

To learn more about Wonder Woman's 80th Anniversary, head to DC's WonderWoman80.com for news and more.