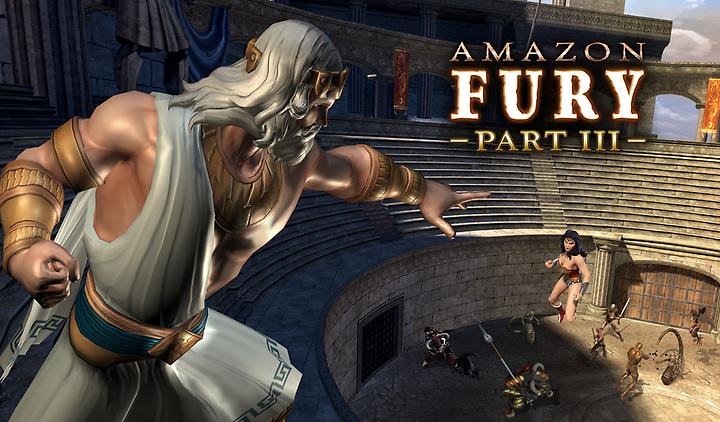 THIS is what you’ve been waiting for… The return to large content releases! And what better story to usher in that return than the finale to the EPIC Amazon Fury trilogy. That’s right, folks. Part III is almost here.

The Story So Far

It’s been a while, so here’s a brief recap. Ares and his uncle Hades abducted Hippolyta’s soul, started a nasty war, and used her soul as a vessel to store tons and tons of war and death energy created by their treachery. At the end of Part II, Ares betrayed his uncle and struck him down, prepared to take all the spoils for himself! That’s when Circe, ever the opportunist, took this chance to rekindle an old flame, and partnered with Ares to…

In Amazon Fury Part III, Ares and Circe are finally ready to challenge the King of the Gods himself, ZEUS. That’s right, Ares’ own papa! Meanwhile, Wonder Woman has kept her ear to the ground and knows that if she doesn’t intercept Ares and Circe on Olympus, her mother’s soul could be lost forever!

Return to the Underworld, delving even deeper into Tartarus to face the Trials of the Impossible and to discover what exactly happened to Hades. And of course, pass the Trials and make your way to the home of the gods, Olympus, where you will find Athena’s battlement, Hecate’s Workshop, Hera’s Garden of Ambrosia, and more.

The amazing Susan Eisenberg and Michelle Forbes once again reprise their roles as Wonder Woman and Circe, along with a cast of other extremely talented actors including Jen Brown and Elizabeth Maxwell. In this exciting finale, armies of Olympians and Monsters will throw down with the players, led by famous Greek Gods and creatures, such as Athena, Hecate, and Medusa. 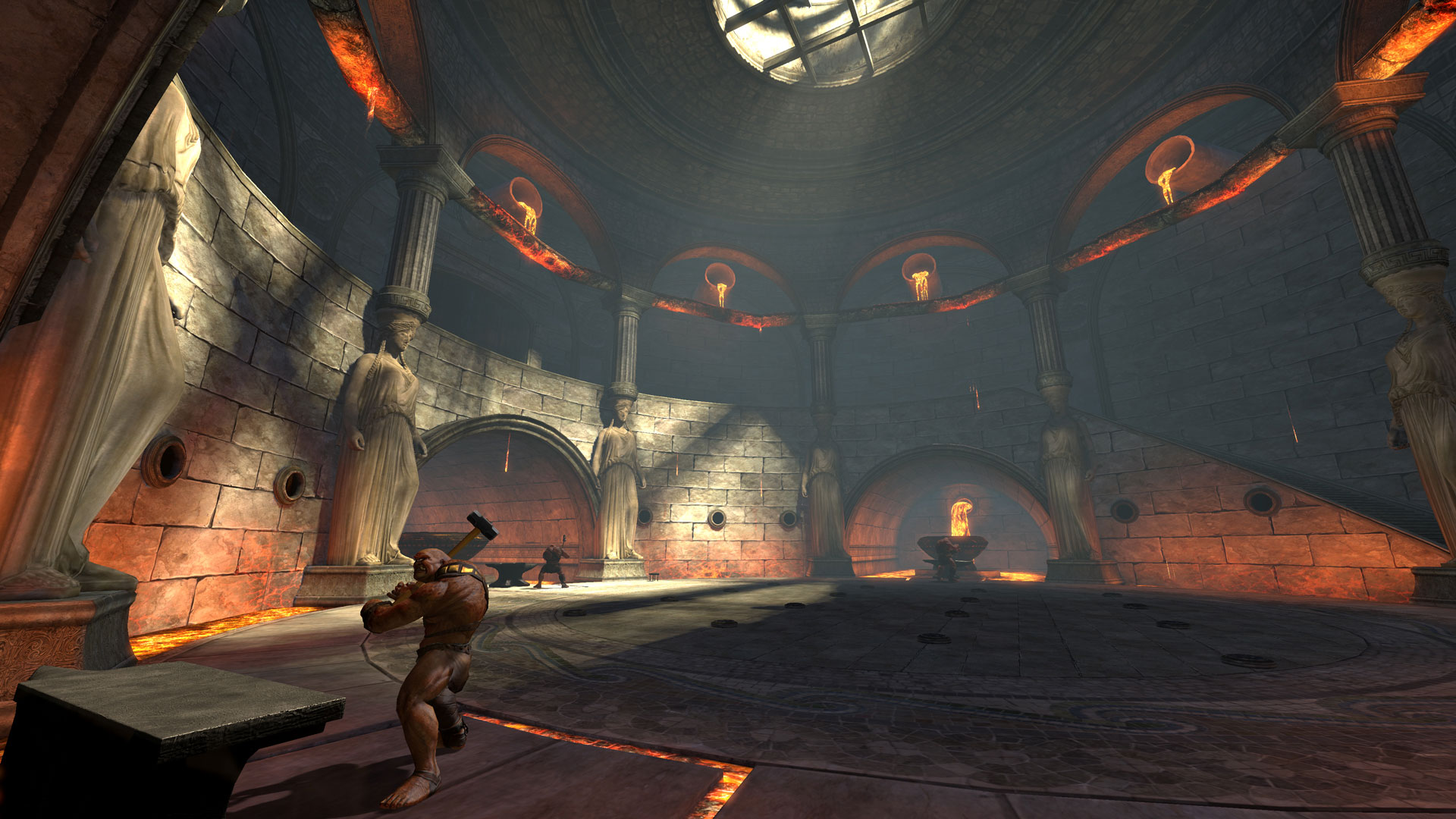 Part III brings you two new 8-player raids (BOTH with elite versions!), one 4-player alert, one 2-player duo, one 1-player solo mission, and loads of open world daily missions. The story begins with the solo mission, where you will have to venture into war-torn Gotham Under Siege, then return to Themyscira to learn of an ancient prophecy that will send you into the Trials of the Impossible and on into the episode. If you are clever enough and strong enough to complete these trials, you will gain access to Olympus, and there you will find an even greater challenge awaits.

In Part III, you can loot a brand-new gear style set inspired by the heroes of ancient legend and the gruesome gorgons they battled. But what you’re really after is the new style inspired by Superman: Godfall – the Greek Gods find it adorable that we mortals revere him so, and they aren’t too shy to tease us about it. Listen closely to your local Olympian gear vendor and she’ll give you the scoop.

On that note, make sure you also read today's Development Update about the significant changes coming to gear and loot progression in Episode 27.

And that's not even mentioning tons of really cool base items, several other one-off styles that can be earned through gameplay, and the new omnipotence items. Oh, and I forget to mention: TOGA TOGA TOGA!

Again, I am so excited to announce Amazon Fury Part III and the return to larger content releases! The new episode will be here before you know it.

Previous Article
Development Update: Episode 27 Gear and Progression
Back to List
Next Article
Episode 27: The Story So Far