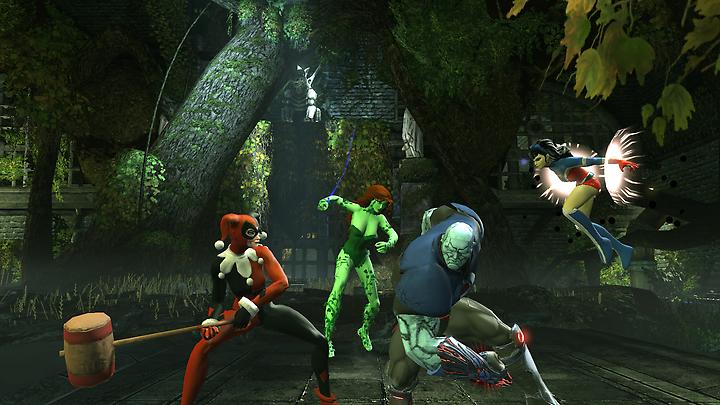 Wayne Manor. Kandor. Episode 26 is about to take heroes and villains to some very interesting new iconic locations! Will you be ready? Episode 26: Wayne Manor Gala and Kandor Central Tower will be available on Wednesday, July 27, 2016!

But before you head in to these two new locales, let’s take a look at the story that’s gotten us this far… 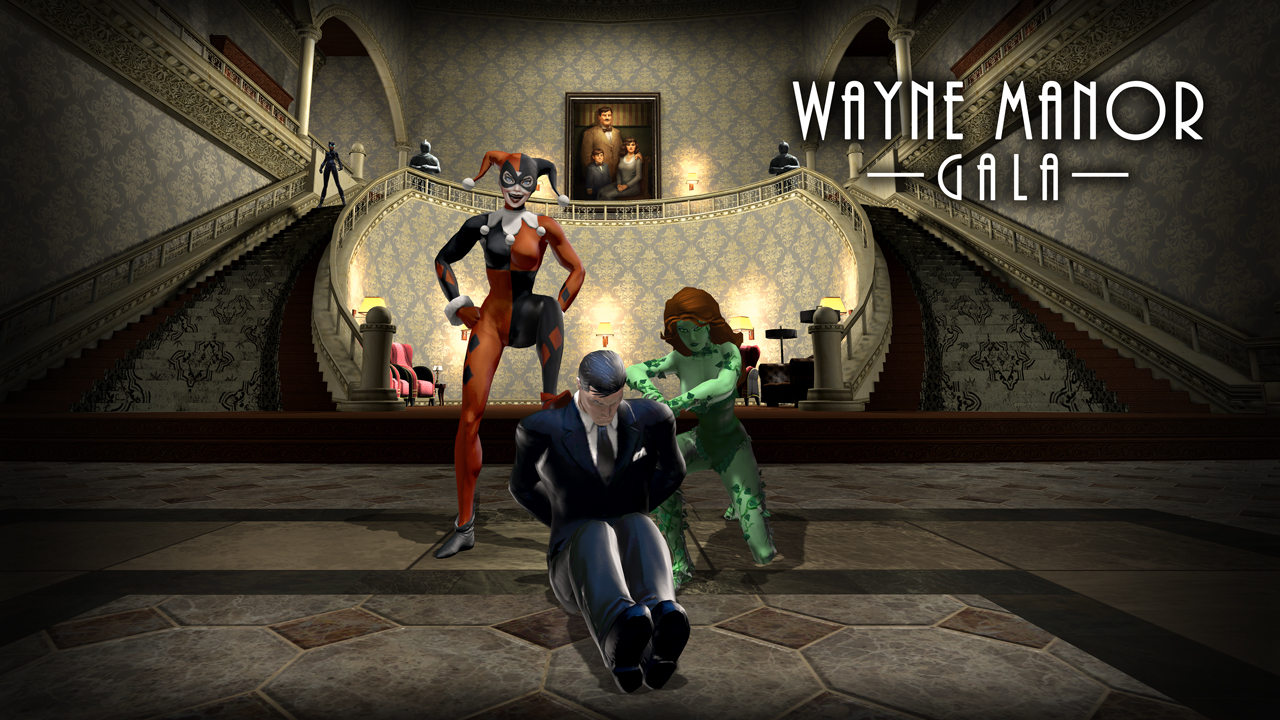 Well, it seems Harley Quinn, Poison Ivy, and Catwoman are at it again! Our escapades with these three began back in Episode 24: Harley’s Heist, when they attempted a caper at the Regal Hotel. But one little heist doesn’t pack enough punch for these three, so they showed up at the grand opening of Penguin’s new club in Episode 25: Iceberg Lounge. The girls quickly learned that crossing the Penguin at his big event may have been more than they bargained for, since Catwoman ended up kidnapped! Though she was safely rescued (thanks to your help), this gave Harley and Ivy another idea…one that Catwoman’s not too thrilled with.

Welcome to Episode 26: Wayne Manor Gala. Wayne Manor is filled to the brim with Gotham’s elite, all rallied together for a charity event – raising funds for victims of the Brainiac Invasion! The soiree is hosted by one Bruce Wayne. Only Bruce doesn’t seem to be milling among the crowd. Could Harley Quinn, Poison Ivy, and Catwoman have something to do with that? It’s up to you to find out!

Episode 26: Wayne Manor Gala is a new 2-Player Duo. In order to access the content, you must have a Minimum Combat Rating of 162, though the Recommended Combat Rating is 169.

Kryptonians and humans have been crossing paths quite a bit recently! In Episode 22: Science Spire, Lois Lane realized that something – though she wasn’t quite sure what – had happened in Episode 22: The Phantom Zone. In her investigations, she realized the Kryptonian sightings were connected to General Zod, who was seeking information from Lex Luthor’s database! Though at first Lois – and you! – are able to keep the information from Zod, in Episode 23: Brainiac’s Bottle Ship, the location of Kandor becomes known as Zod and Supergirl – and, once again – you! - are transported to Brainiac’s control room on one of his ships. Despite his promises to the contrary, Zod took off with the Bottle City of Kandor after the fight was over!

In Episode 26: Kandor Central Tower, General Zod has used stolen technology to return Kandor to normal size. And though it’s still trapped in Brainiac’s bottle, whatever Zod has planned for it can’t possibly be good for planet Earth. It looks like it’s time to head to Kandor and see what’s waiting there…

Episode 26: Kandor Central Tower is a new 8-Player Raid. In order to access the content, you must have a Minimum Combat Rating of 162, though the Recommended Combat Rating is 169.

Remember, as part of our Summer of Wonder, all episodes – including Episode 26 – will be open to all players in DCUO who have the appropriate CR to access the content! Spend some time leveling up so you’re ready to take on the new episode when it releases! For more information on the Summer of Wonder, click here.

Previous Article
Welcome to the Summer of Wonder
Back to List
Next Article
Episode 26 Now Available!