Welcome to the Summer of Wonder 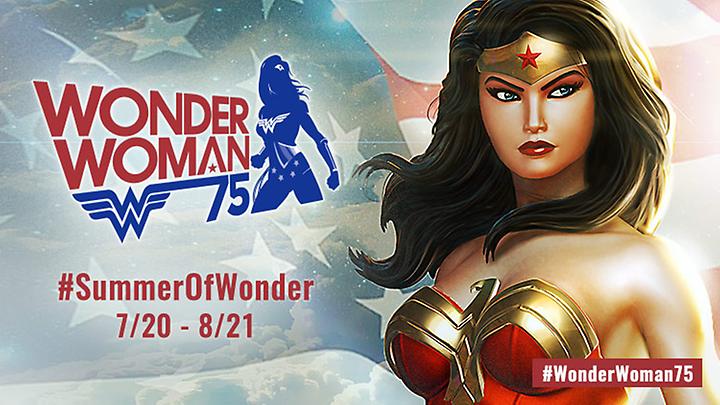 This summer in DCUO is about to get hotter than ever. Welcome to the #SummerOfWonder! Beginning today (Wednesday, July 20), we have amazing stuff happening: open episodes, a FREE Wonder Woman emblem, and an awesome RT to share sweepstakes! Before we get into all the details, now’s a perfect time to make sure you’re following us on Twitter, Facebook, and Twitch, so you don’t miss a second of the action.

To truly kick off our #SummerOfWonder, in honor of Wonder Woman’s 75th Anniversary, watch this video:

What else is happening as part of the Summer of Wonder? Well… 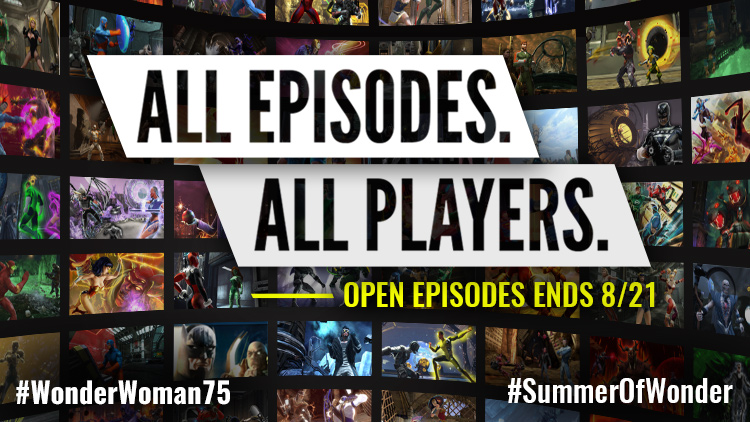 Will you take this opportunity to take on Trigon? Are Batman and Lex Luthor waiting for you in Origin Crisis? In honor of Wonder Woman’s 75th Anniversary, is it time to go through Amazon Fury Part I and II? Learn more about all of the Episodes available here. 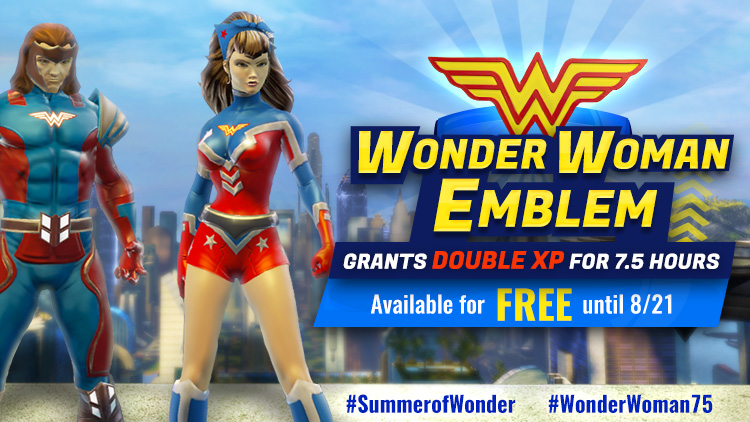 She’s an Amazon, a leader, a mentor, and she’s celebrating a BIG anniversary this year! Celebrate Wonder Woman and all she stands for with the new Wonder Woman emblem, available for FREE to all who log in between July 20 and August 21, 2016!

As a bonus, when you collect the emblem, you’ll get 7.5 Hours of Double XP! 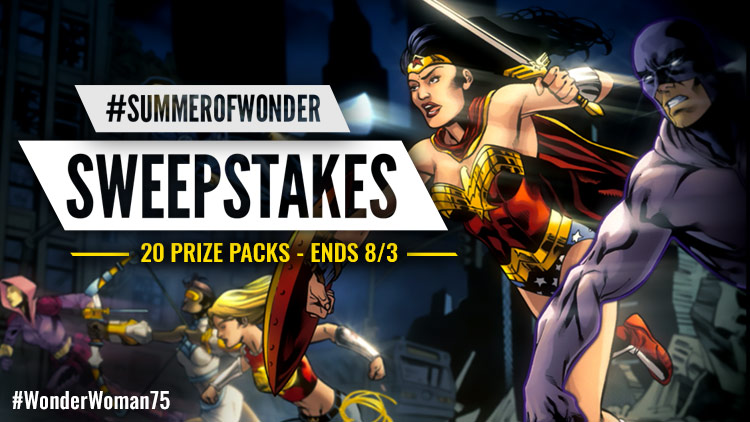 Want a chance at one of TWENTY prize packs? Don’t miss our #SummerOfWonder sweepstakes! We have FIVE Grand Prize packs and FIFTEEN Second Place Prize packs to give away. All you need to do is follow @DCUO and RT the official sweepstakes tweet and you’ll be entered to win:

Sweepstakes is open to US residents only, age 18 or older. For full legal rules, click here.

Summer is just heating up, and we can’t wait to spend time in game with all of you! In addition to our official social channels, don’t forget to visit our new Update Notes section of the website, which has the official patch notes for all game updates and releases, including the latest Game Update 62.

Previous Article
The Summer of Wonder!
Back to List
Next Article
Episode 26: Launch Date + The Story So Far