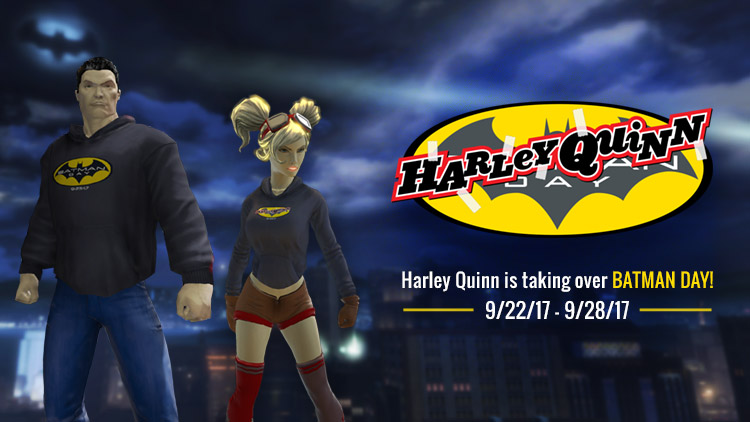 Happy Batman Day! September 23 is Batman Day this year, but Gotham City's plans are in chaos as Harley Quinn crashes the party. You see, Harley is celebrating her 25th anniversary, and we're all going along for the ride.

Log in to the madness this week to claim free gifts from Harley and get the celebrations underway. All players can claim the 2017 Batman Day Box (in the Redeem/Claim section of the Marketplace) IF you log in between September 22 and September 28, 2017. The box can only be claimed once per account. 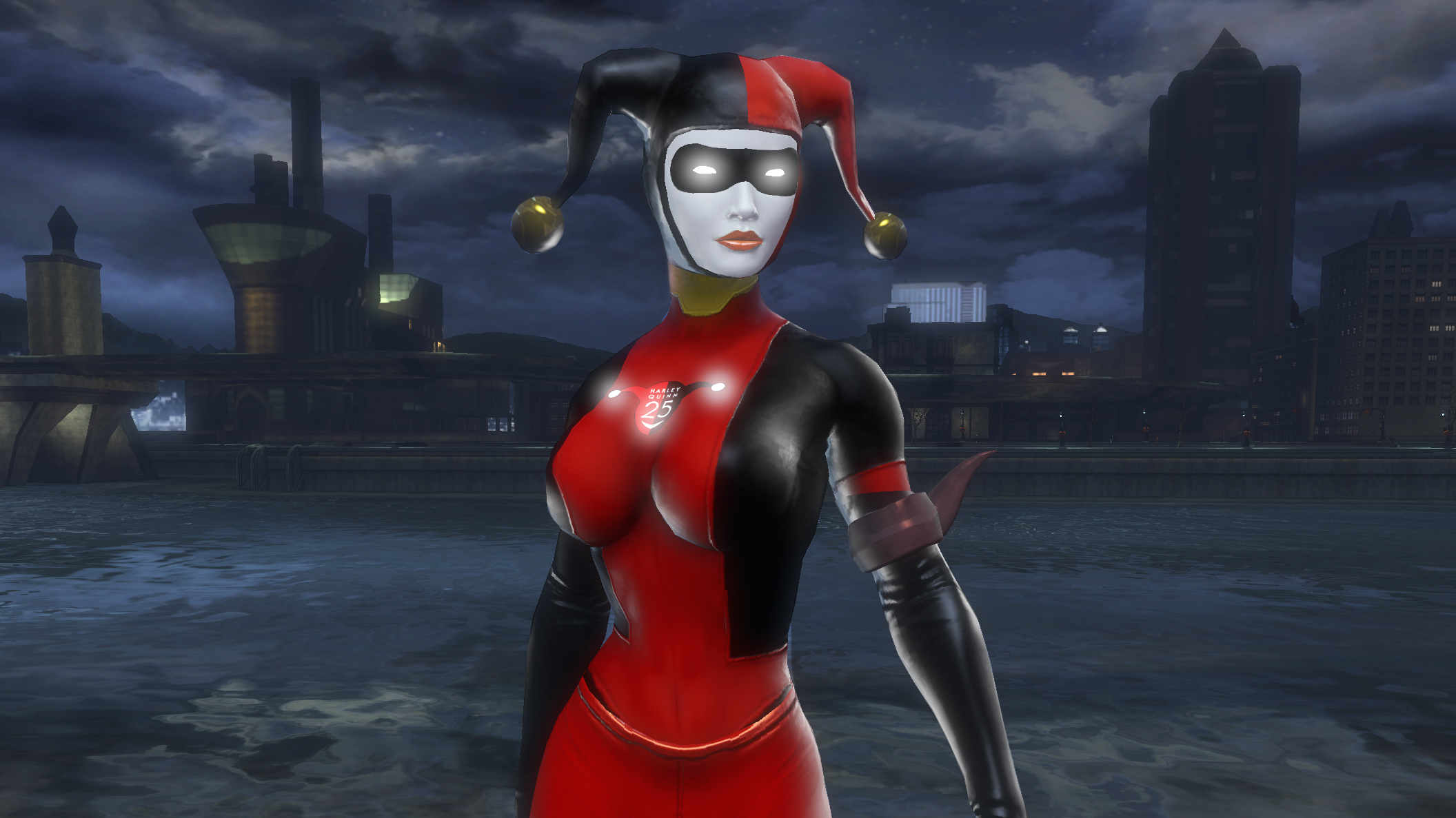 Commemorate Harley's 25th anniversary with this special emblem. You know you won't want to put this one away any time soon. 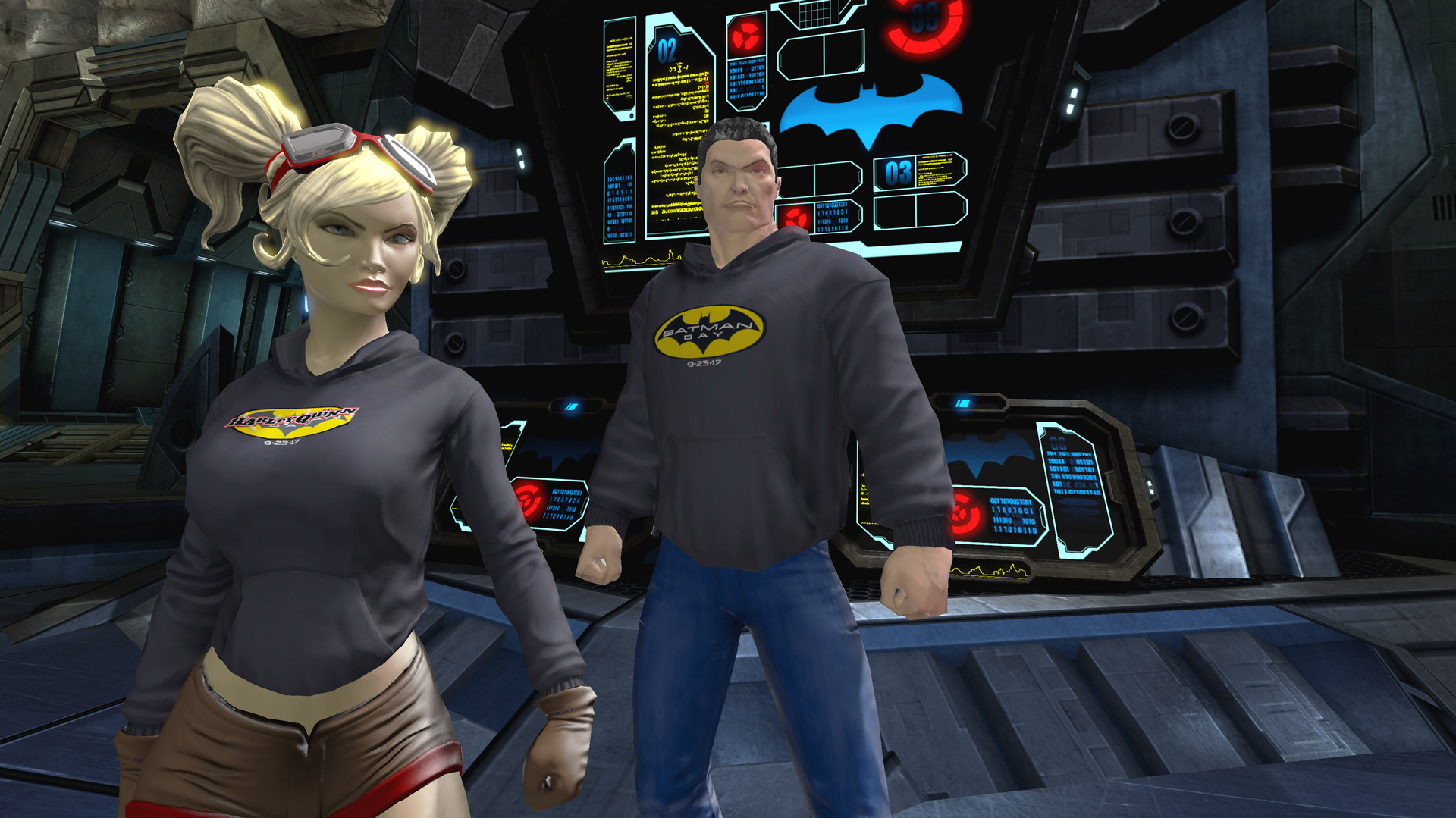 Sometimes you need to kick back, relax, and not wear your full superhero costume. That's where these come in. Go casual, but keep your comic book theme going. 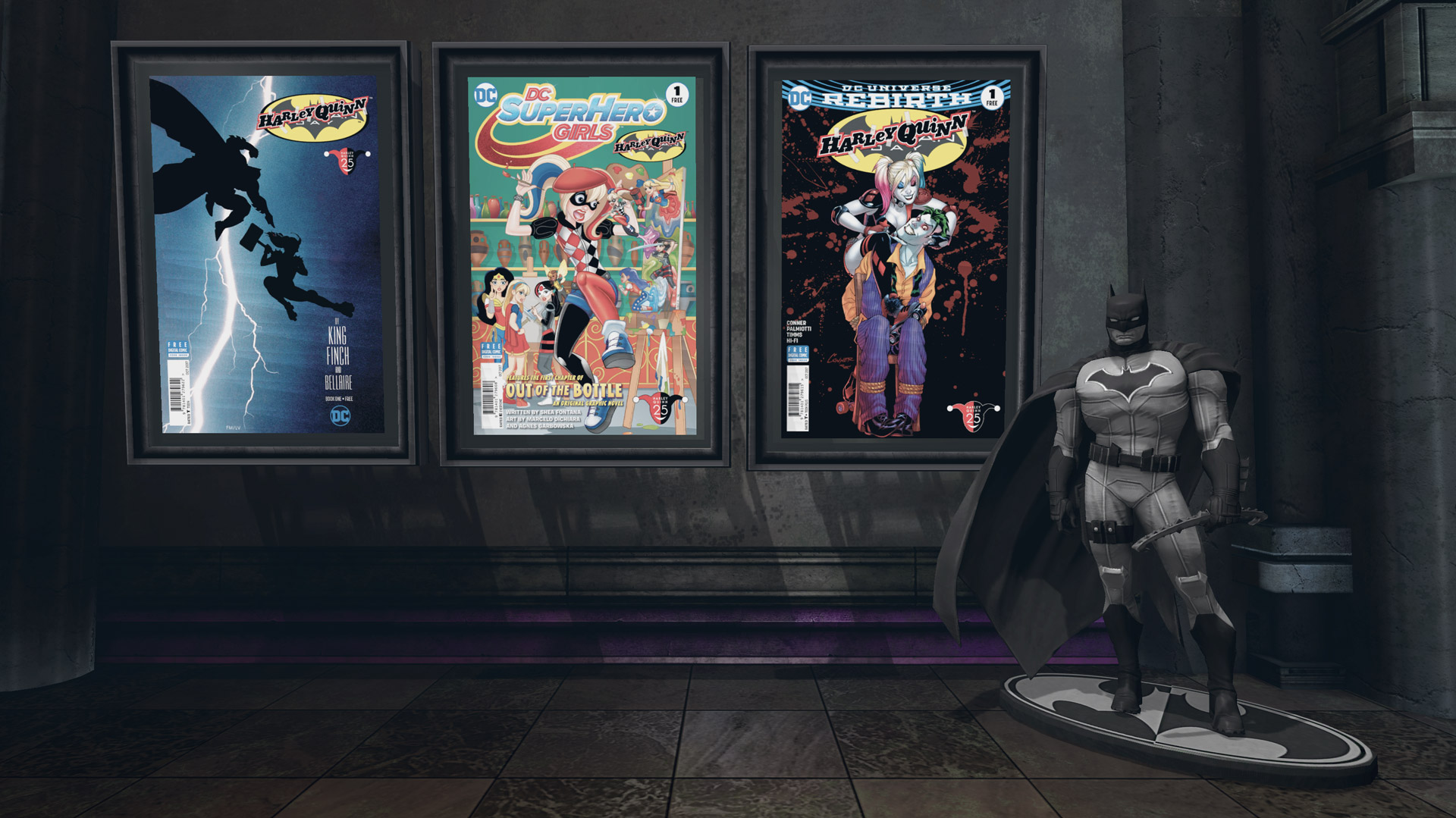 These base item posters showcase a wide range of Batman and Harley Quinn comic books. Display them in your lair and show off your comics cred.

And finally, pick up these INCREDIBLE Batman B&W Statues by John Romita Jr. (base item floor and shelf versions). These real-world statues are coming from DC Collectibles this January, but you can get yours in DCUO now.

As an extra bonus, log in September 22-28 to also claim the Arcane Mystery Box. This box includes the Enhanced Green Knight Cuirass (chest item) AND an unlocked Arcane Time Capsule. Grab yours today! Claimable once per account.

To learn more about Batman Day, head to the official DC Comics site for news, information, and more.  And, to find your nearest Batman Day event (and get FREE comics!), click here. Happy Batman Day!

Previous Article
New Episode: RIDDLED WITH CRIME!
Back to List
Next Article
Announcing Quarks and Rewards From Time And Space!