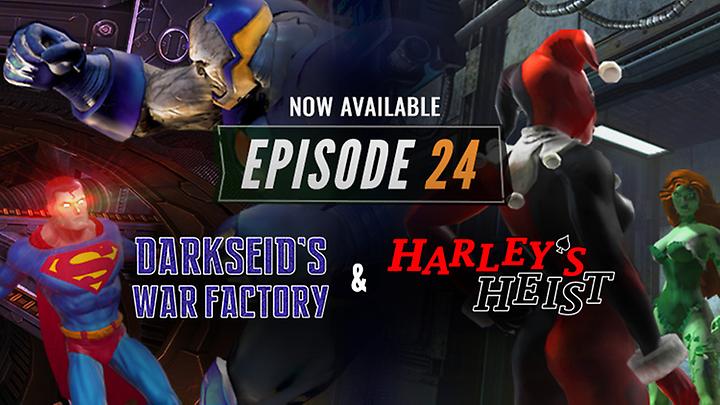 Episode 24 Now Available For All Players!

Episode 24 brings Darkseid to DC Universe Online in an explosive conclusion to the Darkseid and New Gods storyline, and begins a new storyline featuring Harley Quinn in a heist in Gotham City. Members automatically have access to the new Episode, and non-members can now purchase the new Episode in the Marketplace. 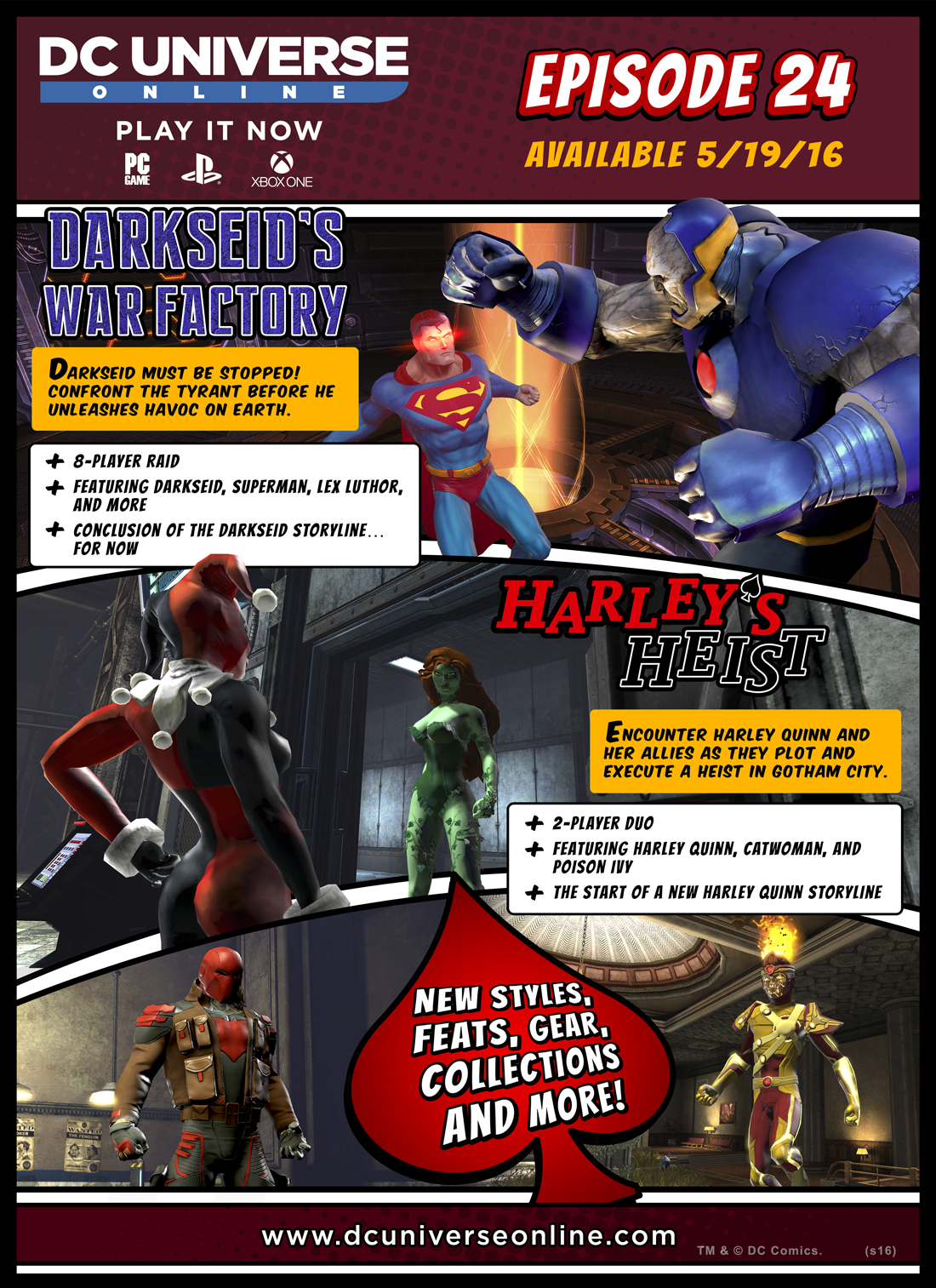 The alarms at the Regal Hotel are going off again and it looks like Harley Quinn may be hankering for a heist! Huntress has a hunch that Harley Quinn and her criminal besties, Catwoman and Poison Ivy are behind it and is calling on all Heroes for backup. Meanwhile, Villains must lend a hand to Harley and her BFFs with their mischievous plans in the new 2-Player Duo, Harley’s Heist! Gain access to new feats, collections and gear! Free to access for Members!

• To play this 2-player Duo, your character must be level 30 and have a minimum Combat Rating of 154.
• Open your On Duty Menu and look for the new Duo under Tier 8 of the 2-Player Tab.

Darkseid and his nefarious plans must be stopped once and for all. He has finally gathered enough Artifacts of the Old Gods to construct to reshape them into a machine that will allow him to access the all-powerful Source. With a direct line to the Source, Darkseid’s will could never be stopped. You must get there before he can release that divine power into the universe.

• To play this 8-player Operation, your character must be level 30 and have a minimum Combat Rating of 154.
• Open your On Duty Menu and look for the new Operation under Tier 8 of the 8-Player Tab.

Improvements have been made to Celestial powers to reduce how often combo powers will be disrupted. Additionally, a 3-second grace period has been added to allow players to get back into the Advanced Mechanic after a disruption. Read the full update notes for details.

The style vendor has been updated with style sets from more recent Episodes. This is the vendor that allows players to acquire styles from vendor gear they did not acquire on-level. The styles are only available after they have outleveled the gear. Read the full update notes for details.

Excited about Episode 24, GU60, Materials, and/or the new Booster Bundle? Join the discussion with your comments on the official forum!

Previous Article
The Story So Far: Episode 24
Back to List
Next Article
Welcome Jack Emmert!