The Story So Far: Episode 24 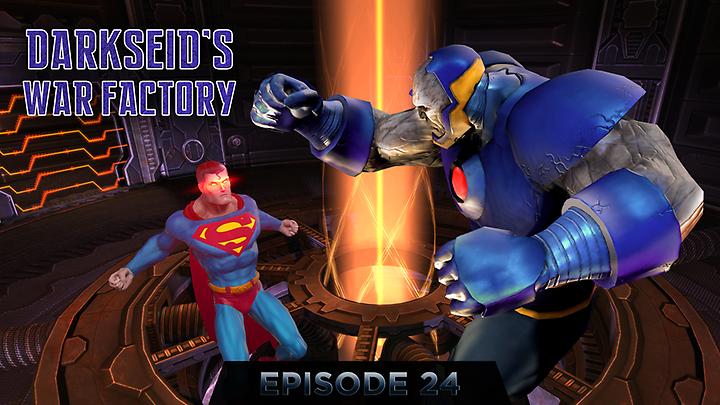 Episode 24 will bring with it a stunning epic finale to the New Gods storyline in “Darkseid’s War Factory,” and will also be introducing a new hijinks-filled storyline in “Harley’s Heist.” Before we delve into what awaits players in the new episode, let’s take a look back on the events that got us here, and spend some time getting to know the iconics you’ll be encountering, in the story so far…

This new 8-Player Raid will bring players face-to-face with Darkseid for the first time. How’d we get here?

The journey to meet (and hopefully defeat) Darkseid began with Episode 11: Halls of Power, Part I. In this episode, we first learned that Darkseid was sending his agents below the surfaces of New Genesis and Apokolips, gathering relics in an attempt to harness the power of the Old Gods by recovering ancient Third World artifacts. By Episode 14: Halls of Power Part II, they had uncovered even more artifacts. At the same time, a skirmish broke out on the surface of New Genesis as Darkseid’s forces attempted to attack Celestial City. And, at her “Happiness Home” orphanage – aka, a deadly training facility, Granny Goodness was testing the mettle of Earth’s heroes and villains in an attempt to recruit and prepare the denizens of Apokolips to serve Darkseid.

For a while, it seemed that Earth was safe from Darkseid’s meddling, until Episode 23: The Will of Darkseid. The war between the New Gods once again heated up on New Genesis, and players reported to the battle site in order to help defend the area from Darkseid’s invasion force. Though the players triumphed over Steppenwolf, he left with an eerie message – “The Source will speak to Darkseid.”

In Episode 24: Darkseid’s War Factory, players of DCUO will finally have the opportunity to meet this massive supervillain face-to-face. But who is Darkseid, anyway? Darkseid is a menacing supervillain, one of the most powerful there is. He was first introduced in the DC Comics Universe in 1970. Darkseid’s goal is to eliminate all free will. He is a major adversary of Superman and the Justice League (though Lex Luthor isn’t entirely fond of him either).

And now, in DCUO, he has amassed enough Old World Artifacts to reshape them into a machine that would allow him to access The Source. It will be up to you to head to Apokolips and confront him (as well as many of his vicious allies) before he’s able to unleash that divine power onto Earth! Do you honestly think you can beat Darkseid?

Episode 24: Darkseid’s War Factory is a new 8-Player Raid. In order to access the content, you must have a Minimum Combat Rating of 154, though the Recommend Combat Rating is 162+. There will also be an Elite version of this Raid.

Even if the world isn’t about to end and you’re not fighting for the survival of all civilization as we know it, there are still classic comic capers happening all around the DC Universe. That’s what you’ll be encountering in the second piece of Episode 24, the new 2-Player Duo, “Harley’s Heist.” This is a brand new storyline, so there’s not much of a “story so far” to catch you up on, but we can give you some background so you know what you’re in for…

Harley Quinn and her fellow gals of Gotham City, Catwoman and Poison Ivy, are planning their inaugural heist at the Regal Hotel. Will they succeed? Or will the heroines of Gotham City – Zatanna, Black Canary, and Huntress – foil their plans before they get too far? 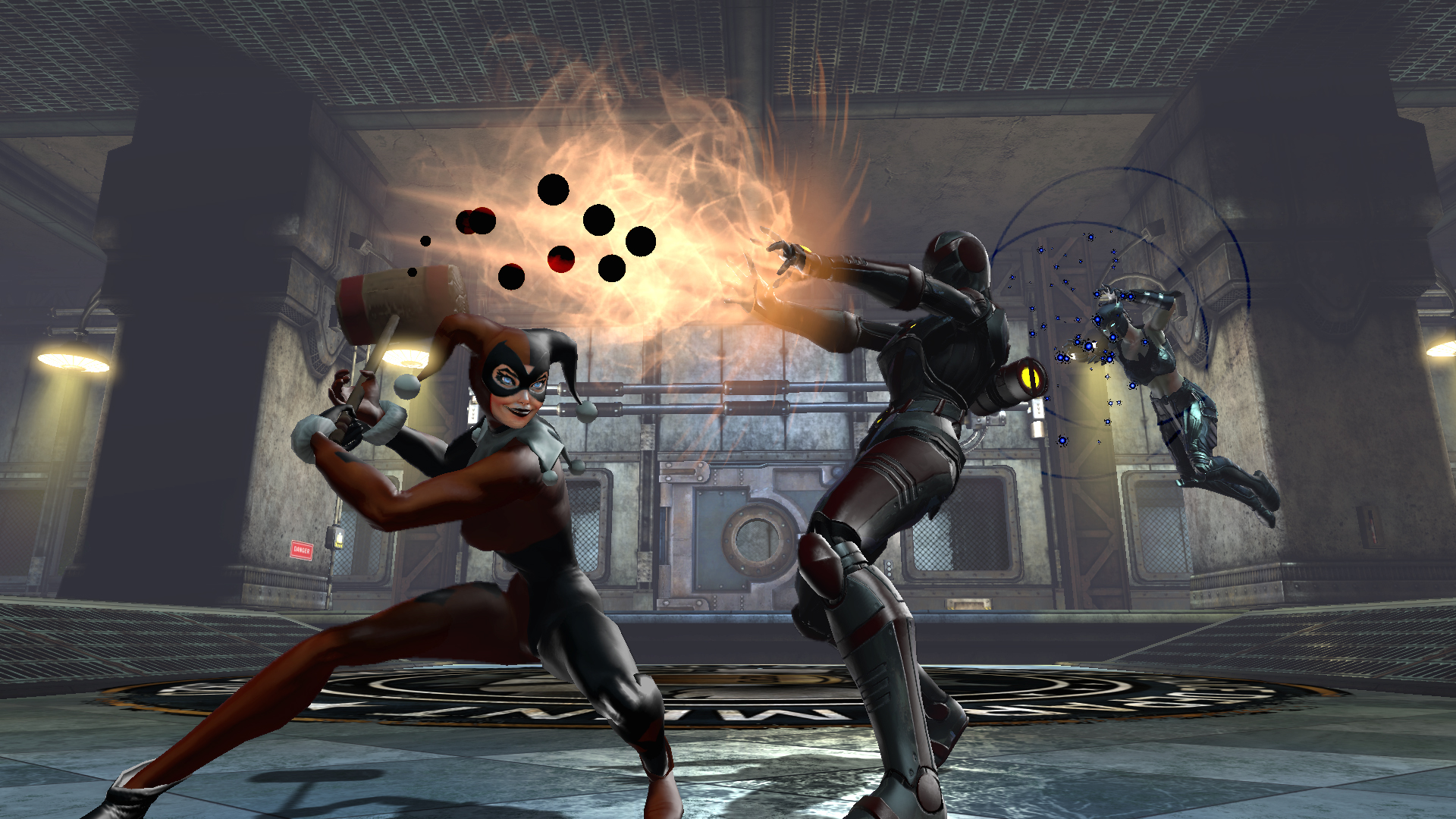 WHO IS HARLEY QUINN?

Harley, Harley, Harley. She first swung her hammer into our hearts on Batman: The Animated Series before appearing in various Batman comic books from DC Comics, and eventually getting her own series in 2013. She’s often an accomplice and companion to the Joker, but these days she’s spending most of her time hatching schemes with Poison Ivy (especially in our game).

Episode 24: Harley’s Heist is a new 2-Player Duo. In order to access the content, you must have a Minimum Combat Rating of 154, though the Recommend Combat Rating is 162+.

Members will have access to Episode 24 AND non-Members will be able to purchase it from the in-game Marketplace on Thursday, May 19, 2016.

Previous Article
The Atom Takes on DC Universe Online on XB1
Back to List
Next Article
Episode 24, Game Update 60, and the Booster Bundle!